Showing posts from November, 2015
Show all

Inside the Walls of Dubrovnik 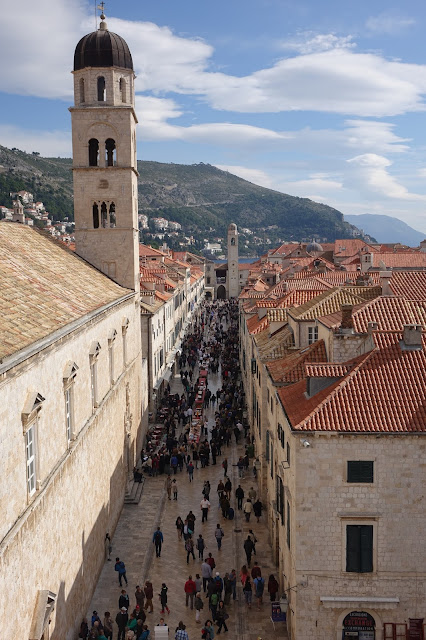 Aside from being charmed by Dubrovnik scenic landscape, the fairy-tale like atmosphere, seaside views and rich history through its architecture and museums, we had a chance to experience the Dubrovnik Food Festival. We did not plan for this trip to coincide with the Food Festival, so the foodie scene was a very pleasant surprise. It's said that the Dubrovnik Food Festival is a yearly event that occurs the last days of October when the tourist season is winding down. Before closing for the winter season, dozens of quality chefs from famous restaurants and hotels prepare food from small bites to gourmet offerings for a small fee (30 Kunas, equivalent of $5.50) and work with event organizer to use the money for charity. So it was the perfect way to indulge in the city’s greatest restaurants for a small amount. In addition to tasting our way of sampling the local food, the festival featured music and traditional pageantry (for lack of a better word). The pageantry and announcem
Post a Comment
Read more

Dubrovnik: A Tourist in Croatia, Part 4 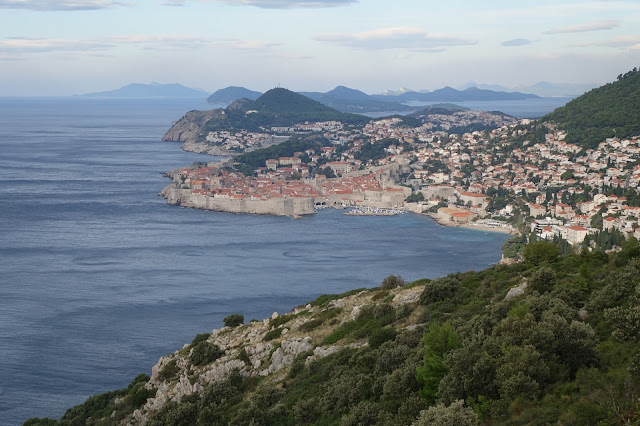 I can’t imagine being in Dubrovnik in the summer.   We were there when the tourist season was winding down, but it was still crowded.   Yes, Dubrovnik is very touristy and rightly so.     It’s a city with an unforgettable setting of both the land and sea:   nature, islands, imposing architecture, a medieval fortress, and the mighty walls.   It’s like a setting from a fiction novel.   Oops… that’s right, it was the setting of the popular TV series, “Game of Thrones” 5 th season.   [If you were a fan of the show, you’d probably recognize the “King’s Landing”. While it was a photographer’s dream to capture the landscape of both the land and sea from a scenic lookout, the Old Town is the heart of the city.    Accompanied by a local guide, we entered the old town and walked through the main promenade lined with palaces of Renaissance and Venetian gothic architecture from the 15 th – 16 th century, a reminder of its former glory.   In between, we saw very narrow stepped alleys l
Post a Comment
Read more

Split: A Tourist in Croatia, Part 3 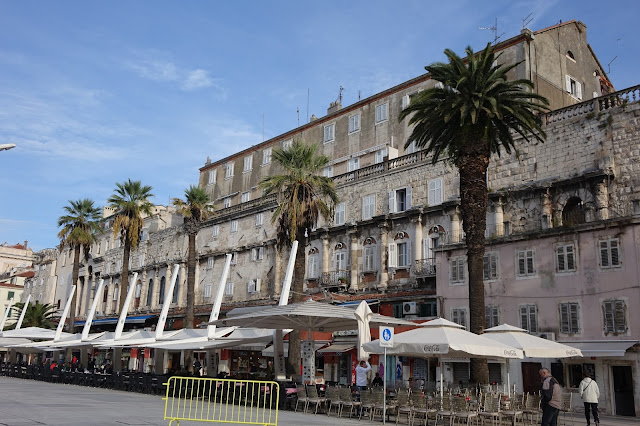 The mountains followed our view from the window of our tour bus. As we neared our destination, I saw an intriguing view below. It was Split, the second largest city in Croatia. Its setting was dramatic: an enclave of a modern city, bounded by the mountains and the Adriatic Sea. We checked into a very modern hotel by the beach and I had hoped to spend some time enjoying the natural landscape, but we did not have time for relaxation on this trip. We spent the next day exploring the old city. With cruise ships docked in the bay and the medieval façade in front of the harbor, Split looks like a city tailor-made for tourism. Behind the medieval façade was truly another city where the residents literally live in a Roman emperor palace – The Diocletian Palace.  We toured the palace with a local guide who explained the history and then some entertaining story behind the excavation of the ‘waste materials’ that helped preserve the medieval structure. We first toured the basemen
Post a Comment
Read more

Dalmatian Coast and Zadar: A Tourist in Croatia, Part 2 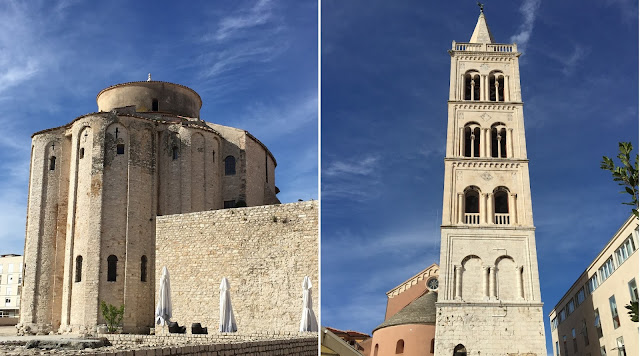 We left Opatija the next morning early. Although I had not totally recovered from jet lag, the bus ride was exhilarating. It was a very scenic drive through a narrow highway . There was hardly any cars , but our tour bus zipping up and down mountain roads along the Dalmatian coast. We traveled for hours through stunning scenery of the mountains on one side and the Adriatic Sea dotted with islands on the other side. We reached a valley and stopped for coffee when we encountered a fierce wind. Our tour guide said that it was the Bura wind that usually last for two days and could cause road closure. It was a bit scary, but the fact that the road was still open for our bus to go through and to see the tornado wind on the sea   was a bit thrilling.  We stopped in the seaside town of Zadar. There was not much to see, but some traces of the Roman Empire and an old Roman Cathedral. St Donat church (9th Century) But I really enjoyed the natural setting of town in between
Post a Comment
Read more
More posts