Showing posts from July, 2015
Show all

Fez, Morocco: The Oldest of the Imperial Cities 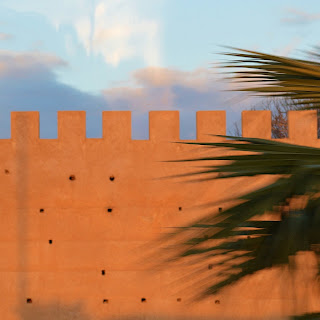 We arrived in Fez late in the afternoon, just as the sun was about to set. “This is the oldest of the imperial cities, founded in the 9th century, once the capital of the kingdom of Morocco,” said our guide. “This is the home of the oldest university in the world,” he went on as we passed a broad street lined with high walls – the walls of a University – but not the oldest university he was referring to. I got somewhat disoriented when I saw plenty of students seeping out of the huge university gate late in the day, walking and drifting through the sidewalks in silence. Perhaps it was the red Moroccan flag and the palm trees waving in the breeze, their shadow reflected on the university walls that gave it the true spirit of the place. We then proceeded to the hills overlooking the ‘El Bali Medina’ where a flock of sheep (sheep in a metropolitan city?) greeted us. I was struck with curiosity when our guide, pointing to the place, announced that in order to explore the medieval
2 comments
Read more

Morocco is one of the most colorful countries I have visited. My visit in the spring gave me a full sensory experience, some of which I shared in my blog. However, I realized that only photos of the multi-colored valleys, the Sahara Desert, the Atlas Mountain and multi-colored landscape made it to my Instagram and blog. Thank God, I took plenty of photos to help me reflect upon the visits to the museums and the city. I would like to share some of the pictures from Marrakech that I did not get around to posting. The Bahia Palace is an example of Eastern Architecture from the 19th century. Information posted tells us that the palace has 160 rooms, but we only saw a few. I especially like this picture because it captures the essence of Islamic and Moroccan style architecture through the beautifully carved archways, tiled panels, the intricate carvings above the windows, and the painted ceiling. I especially admire the intricate carvings and the painted cedar ceiling. An
Post a Comment
Read more 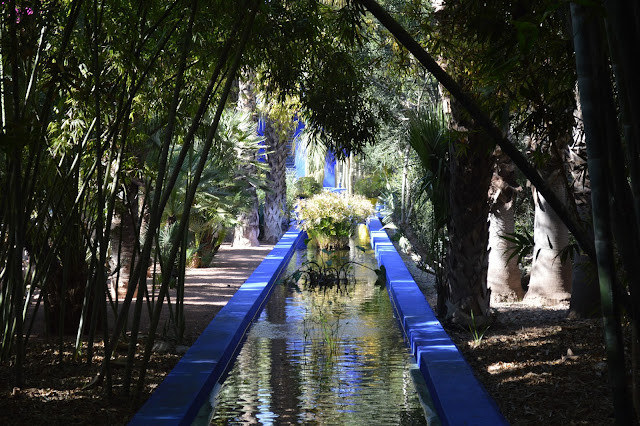 Jardin Majorelle I was curious to see the garden associated with the Yves Saint Laurent name, the famous French designer. But when I entered the garden, I did not see what I expected to see; no rows of flowers in repeated patterns or flowers in exuberant colors. Instead, I walked into a shady area surrounded by towering bamboo trees. Streaks of light passed through the bamboo trees and reflected on the terracotta courtyard. I stepped into a square gazebo where people pose for pictures with the stream, lined with bamboo trees in the background. It had an Asian (Zen) feel, with the water in the stream and the bamboo creating an elegant rhyme. Except that, it did not have that subtle and gray color of a Zen garden. I wandered under huge trees and amidst exotic plants wondering about the design that made it so elegant and mysterious. The garden reminded me of our backyard when I was a kid where my father planted everything that he could find from the wild, including bamboos and fe
Post a Comment
Read more

The Road to Essaouira 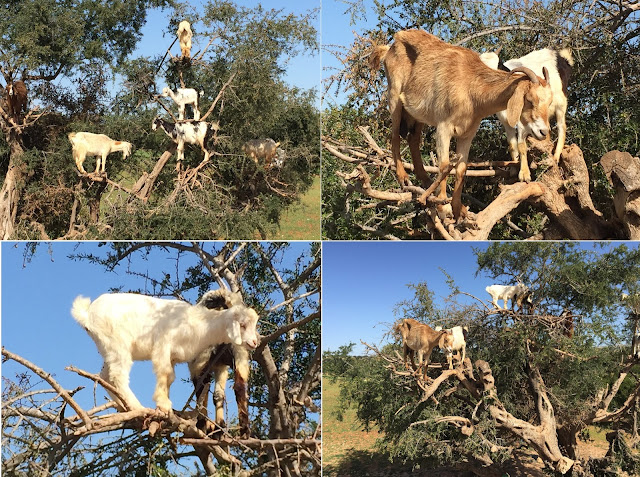 I could not just talk about the fortified town without mentioning the scenery on the way to Essaouira. I thought I already saw Morocco’s uniquely diverse landscape on the road to Erfoud, but I saw another enchanting landscape of surreal beauty on the road to Essaouira.  Most astonishing sights in the bizarre were the tree-climbing goats or the Argan trees decorated by live goats. Even though they almost looked as if staged for tourists, there was a historical and scientific foundation for the story. No grass for grazing grew on the rocky plains, except for Argran trees, which are unique to that part of Morocco. Therefore, the goats climbed the trees for the Argan fruits for food. Recent years have shown the growth in numbers of the Argan trees due to the popularity and commercial value of the Argan oil. O ur guide mentioned that roughly over one million trees are grown in the area. Cooperatives were formed to protect the interest of the local people (Berbers).
Post a Comment
Read more
More posts 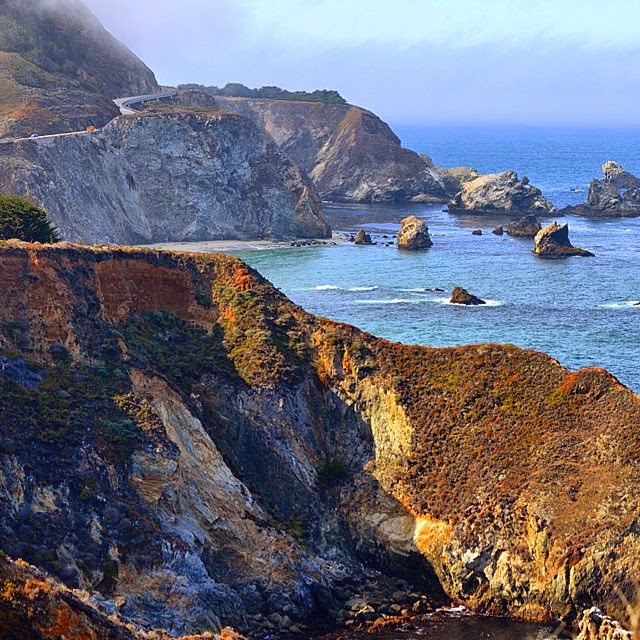 I was trying to fulfill a promise of a hiking trip long overdue, so I was not thinking about the drive.  I just wanted to get to Big Sur, a place that offers a bounty of hiking trails, as quickly as possible.  From Silicon Valley, I tried to avoid the winding Santa Cruz Mountains and decided to drive through US101 that connects to CA-156 to California Highway 1 to Monterey Peninsula.  Little did I realize that the drive to Big Sur was to become a long and exciting drive, and one of the most memorable parts of our hiking trip. We drove up into the scenic California Highway 1 to Carmel in the dense fog. The fog was like a prelude to the drama to come. About half an hour from Carmel, a streak of sunlight passed through the fog. Occasional salmon-colored carvings (carved by nature) walled the highway, which followed the natural contours of the cliffs falling into the ocean. We rounded a corner and a mountain covered in fog towered above the cliffs that towered a stretch of san
Read more