Morocco is one of the most colorful countries I have visited. My visit in the spring gave me a full sensory experience, some of which I shared in my blog. However, I realized that only photos of the multi-colored valleys, the Sahara Desert, the Atlas Mountain and multi-colored landscape made it to my Instagram and blog. Thank God, I took plenty of photos to help me reflect upon the visits to the museums and the city. I would like to share some of the pictures from Marrakech that I did not get around to posting.

The Bahia Palace is an example of Eastern Architecture from the 19th century. Information posted tells us that the palace has 160 rooms, but we only saw a few. I especially like this picture because it captures the essence of Islamic and Moroccan style architecture through the beautifully carved archways, tiled panels, the intricate carvings above the windows, and the painted ceiling. 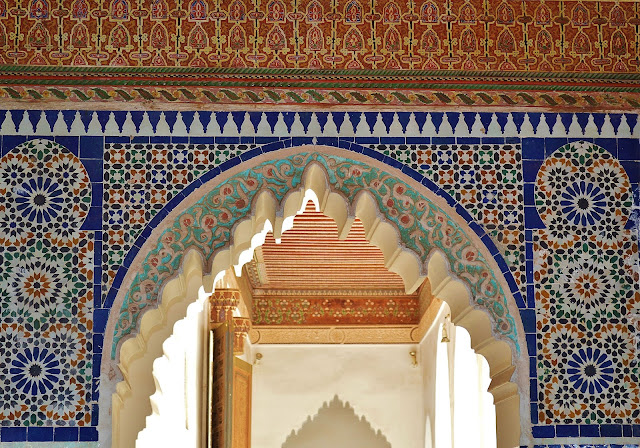 I especially admire the intricate carvings and the painted cedar ceiling. 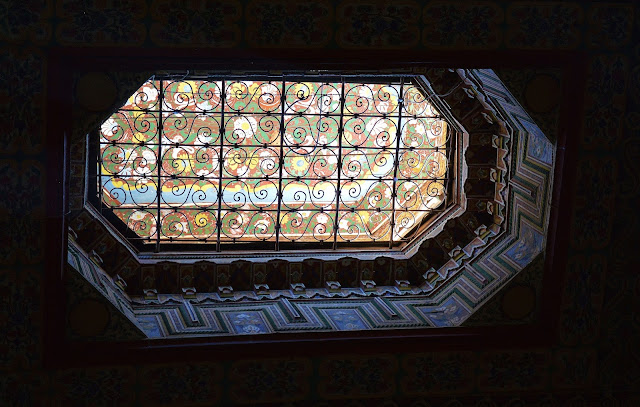 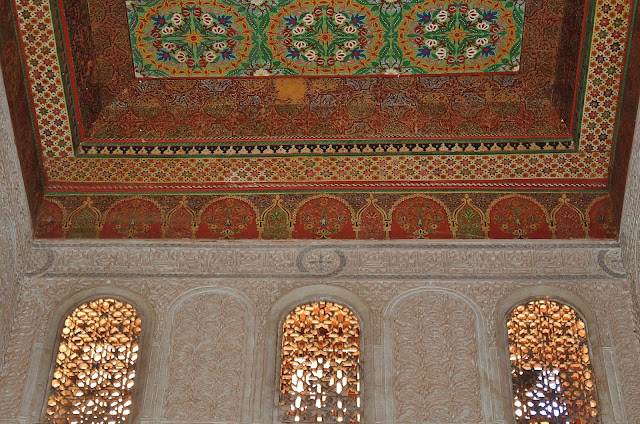 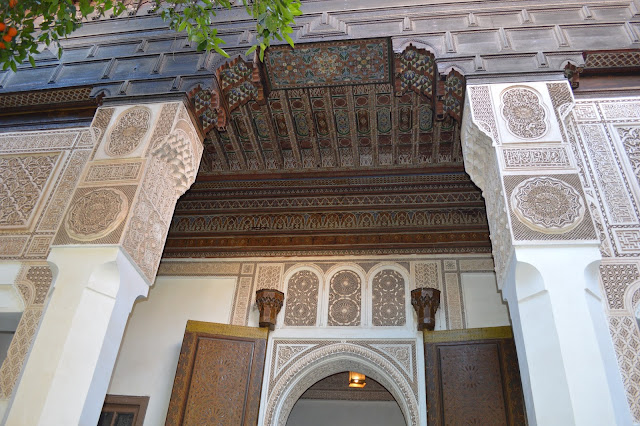 Another treat to visiting the Bahia Palace was the surrounding gardens. I enjoyed the sweet smelling flowers and fruit trees – mostly orange trees. 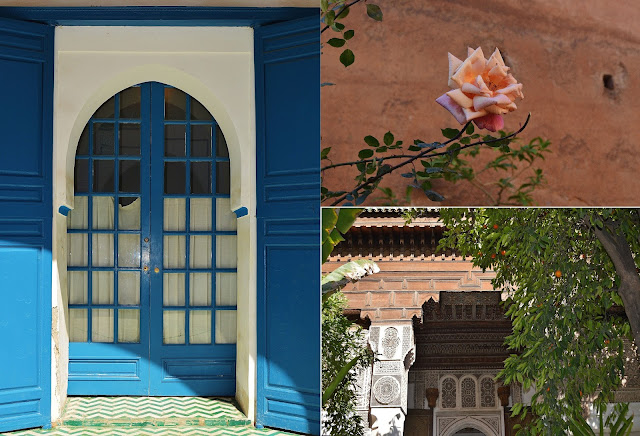 Housed in the Mehdi Palace, the Marrakech Museum holds exhibits of arts and crafts. During my visit, traditional arts, including Rabati embroidery, inlaid daggers, and Fassi pottery were on display. I especially enjoyed the airy courtyard, which was covered in fabric and with a big hanging chandelier of intricate metalwork in the middle. The walls were covered with intricate tile work and carvings. 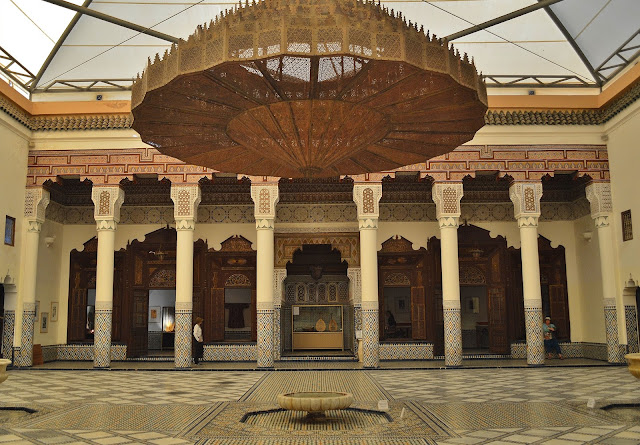 Visiting tombs and mausoleum is a bit strange, but the Saadian Tombs near the Kasbah Mosque is one spectacular mausoleum. The use of colors and geometric patterns on Carrara marble and decorative plasterwork and the Chamber of the 12 Pillars were amazing. 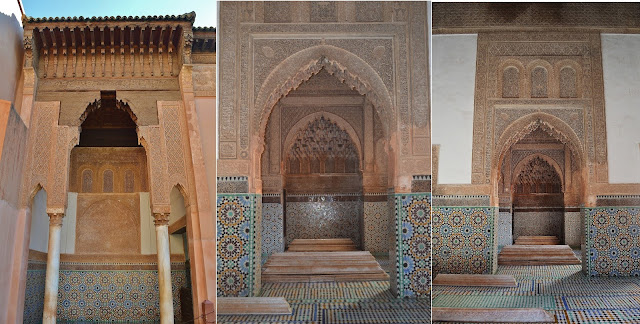 I wanted to avoid going to Djemaa El-Fna when I saw the crowd that night. But as they say, a trip to Marrakech is not complete without visiting the Djemaa El-Fna, the main square, a UNESCO World Heritage Site. The square was the site of public executions around 1050 AD, hence the name Djemaa El-Fna, which means “Assembly of the Dead”

Today its more like a live action theater where the show starts at 10am with snake charmers, tattoo artists, water sellers and orange fruit vendors. We passed by the square at 3pm to go inside the medina (shopping). As we emerged from the Medina, I was surprised to see lines of carts with grills and chefs in uniform, food vendors, and makeshift stools. There was hardly a space to walk; the square was filled with people, musicians, and artists and of course tourists at night. 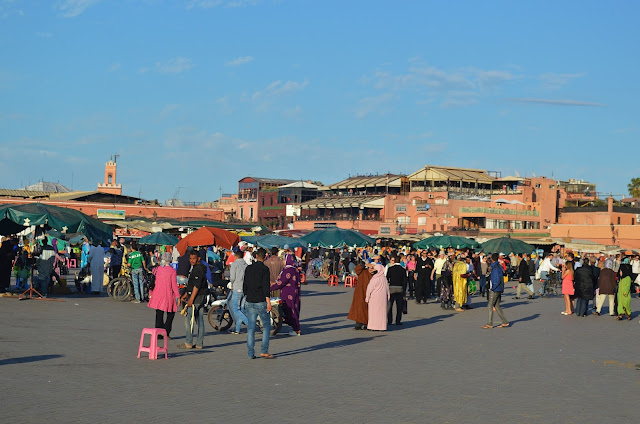