Showing posts from October, 2013
Show all

Happy Halloween   GOURD-GEOUS SWANS In the spirit of halloween, i leave you this video from b.o.m. productions - "The American zombie" - 1st of 5 series. If you can't see the video below, click HERE to watch it on YOU TUBE  CLICK B.O.M PRODUCTIONS UPDATE #3 TO WATCH IT ON YOU TUBE
3 comments
Read more 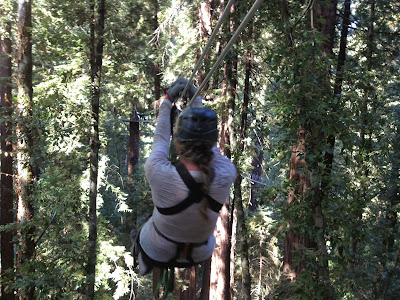 The fearless Dr. Amy zip lines first There are seven of us on this tour through the redwood canopy by zipping along lines extended through the trees. Our group is led by Jacob, a very animated guide, and Jim, a quieter one, with a degree in "Outdoor Leadership." Jacob does all the talking (giving instructions), while Jim does the demonstration.  The tour is very organized. Our zip-lining gears – harnesses, helmets and gloves are all laid out so we can easily get into them. Our guides help and instruct us on how to wear our gears, and remind us of the most important rule: Not to touch anything shiny. I decided to do the zip lining one morning high up in the Santa Cruz Mountains at a wedding and conference facility. I was sitting on the veranda of a rented house nestled in the Santa Cruz Mountains, eating leftover cupcakes from the wedding and sipping coffee when I heard the rustling of the majestic trees. Overlooking the veranda was a sweeping view
1 comment
Read more

Nike Women's Marathon 2013: Running Through the Streets of San Francisco and Into the Fog 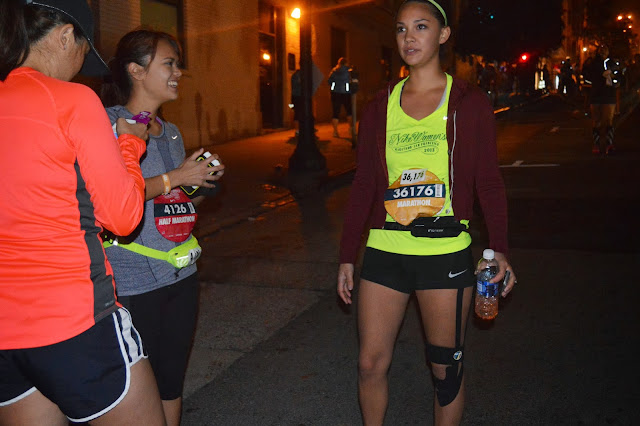 it's six in the morning and still dark, the adrenaline is already kicking in. My nieces, Jules and Ciara, pumped about running early in the morning approximately 30,000 thousand runners off to a slow start !!! we cross the Embarcadero after the one mile marker, greeted by a beautiful view -- the Bay Bridge, partially covered in fog.   we continue to run...walk...straggle   while the sun is trying to come out on the bay. the rolling fog, the full moon and the Coit Tower provide a dramatic backdrop on the other side we run through Fisherman's Wharf and into the fog.. .  and to the Cable Car turnaround and to the Marina Green and heavier fog adjacent to the Marina Green is a marina.  on a clear day, the Golden Gate Bridge is visible from here.  but I'm happy at the very tranquil scenery. passing the Palace of Fine Arts, clouded with fog t he fog really thickens after a steep climb to the Presidio, to 7m or 10k marker.
1 comment
Read more 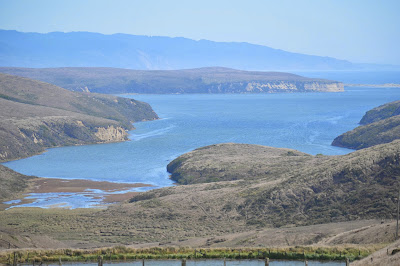 It started as a plan! After hiking segments of the Bay Trail and walking the Half Moon Bay coastal trail, I thought I would end part of my outdoor training for the Nike Women’s Marathon this week by walking the Point Reyes National Seashore coastal trail, and finishing off with a trek to the lighthouse and climbing its steps. Unfortunately, the week coincides with the National Park System closure. Perhaps, I let nostalgic longing cloud my thinking for going ahead with my plan despite the NPS closure, for I remember having my first grown-up outing with my first boyfriend at Point Reyes National Seashore years ago. My boyfriend’s mom packed us a picnic basket with nice utensils and sophisticated food that we consumed at the beach. Not only the romantic feel that I remembered most; the drive to Point Reyes was unforgettable. Everything was beautiful: the drive through the redwood forest and along beautiful meadows, the stops at the quaint little town of Inverness an
Post a Comment
Read more
More posts