There is no road to Tasmania, the largest island state of Australia. So, we had to take the ferry to continue our road-trip. I’ve sailed and crossed oceans enough times but never experienced such a rough sail as we had on the ten-hour ferry ride to Tasmania. We got so seasick that we stayed in our cabin throughout the whole ride. We arrived in Devonport at 6:30pm, rushed to our hotel, had dinner and hit the sack.

We set out early so we could have a hearty breakfast in Sheffield. We drove North, which Ron thought, was the fastest route. Sheffield is a mural town that it's hard not to stop and take pictures. We drove on narrow, local road from Sheffield with the view of craggy mountain peaks ahead of us. The drive took us along green valley, farmlands to foothills and continued to a few switchbacks up a mountain. We stopped for echidna crossing the road. An hour later, we hit a roadblock, literally. We asked the forest road workers what was going on. The road workers were clearing the road from fallen trees and power lines downed by the storm. (The storm damage reminded me of the ferry ride). The road to Cradle Mountain was closed and not expected to be opened until the next day. However, the park was open and could be accessed from the coastal road. So, we turned around and did the two-hour drive via the coastal road to the Cradle Mountain Road. The scenery along the drive was pretty.

There's an entry fee to visit the National Parks in Tasmania. Lenny got us a park pass since we planned on visiting other National Parks. Visitors could only park in the Visitor Center Parking area. There were buses that take the visitors to the trail entrances and the main attraction - Dove Lake - to see the mountain peaks up-close. But due to road closure and repair, the bus did not start running until 3:00pm. So, we did some walks while waiting for the bus to run. First, we did the Enchanted Walk. We walked alongside cascading creeks, towering myrtle trees and ancient pines, surrounded by flourishing lichen and moss. The tracks were well-maintained with boardwalks. Like runway models, we used the boardwalk to lava/catwalk our way to the small bridge in front of the Pencil Pine Falls. 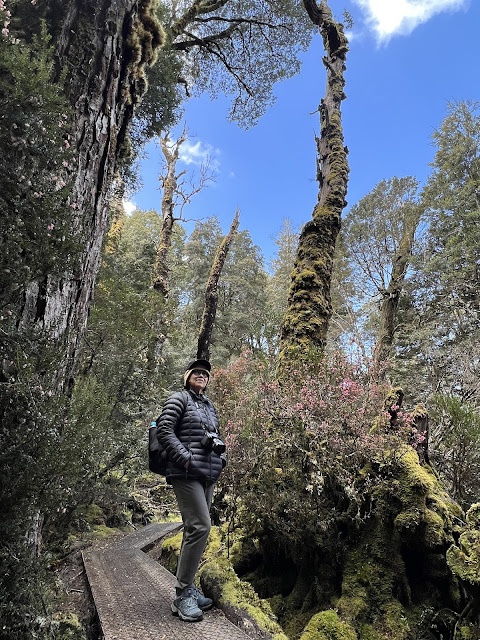 During the 15-minute bus-ride to Dove Lake, I saw a diverse landscape: rugged land, forested area, alpine heathlands, and grassy hillside where the wombats supposed to roam.  Oddly enough, I did not see any wombats from that wombat designated area. I saw some wallabies and wombats near the bus stop. We walked through a boardwalk and part of the Overland Track to reach Dove Lake. The pristine glacial lake and sculpted mountains and the whole scenery was well worth the detour and the wait. We're very lucky that the bad weather seemed to stay behind the scenes when we were out there, somewhere exploring mountains or throughout the duration of our outdoor activities.  At the risk of sounding cliche, "the sun always shines after the storm." 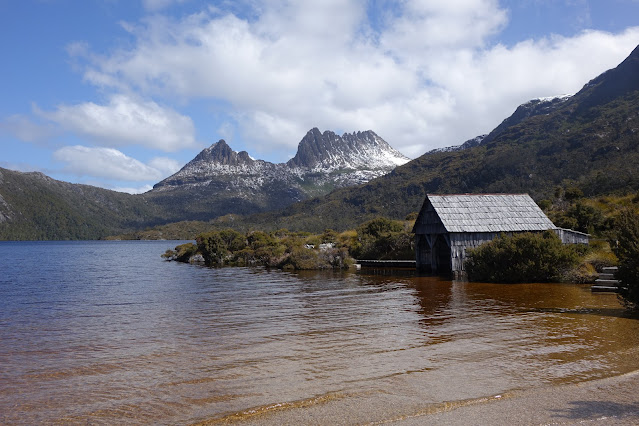 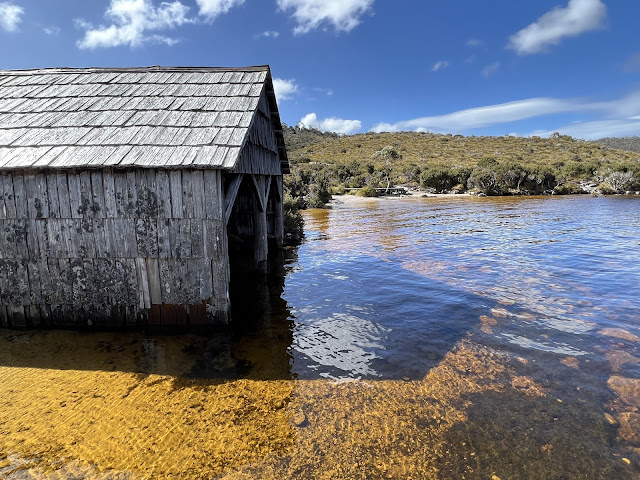 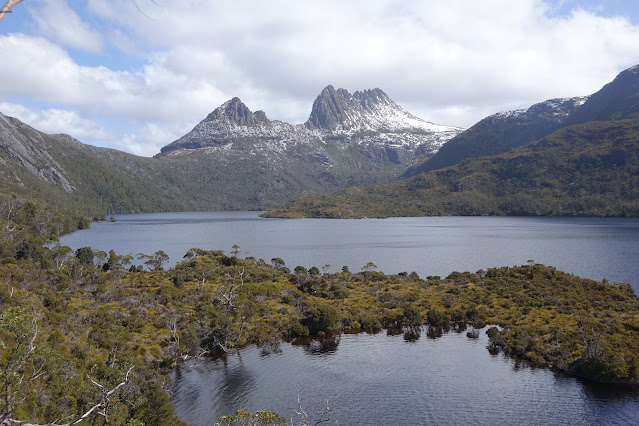 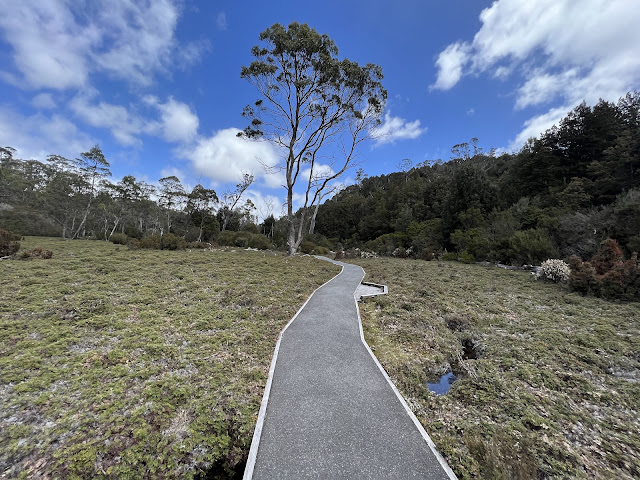 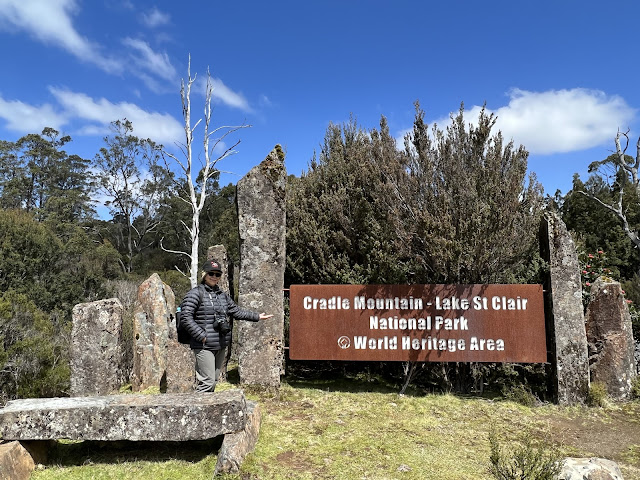 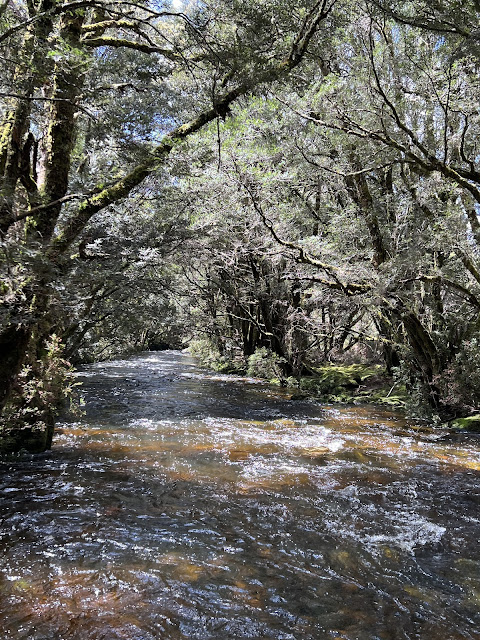 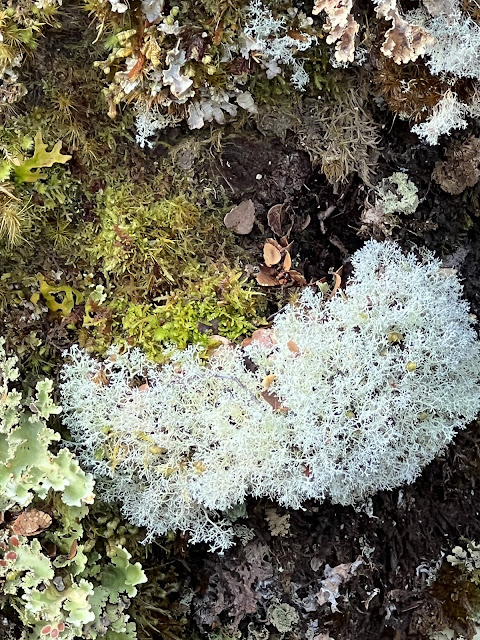 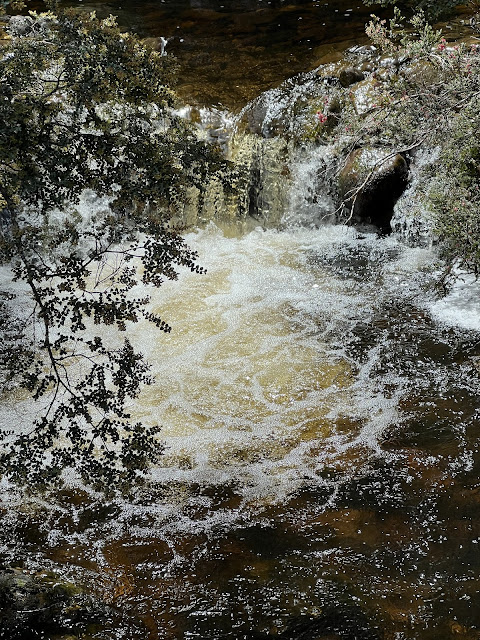 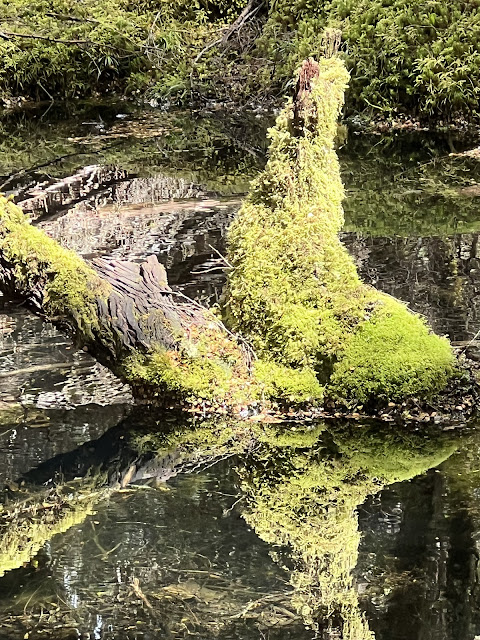 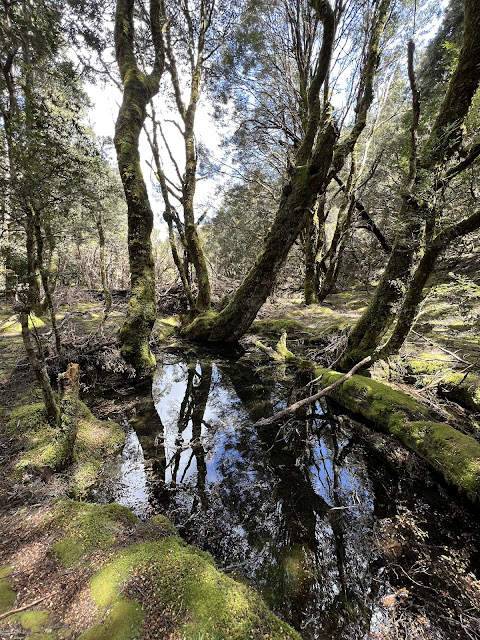 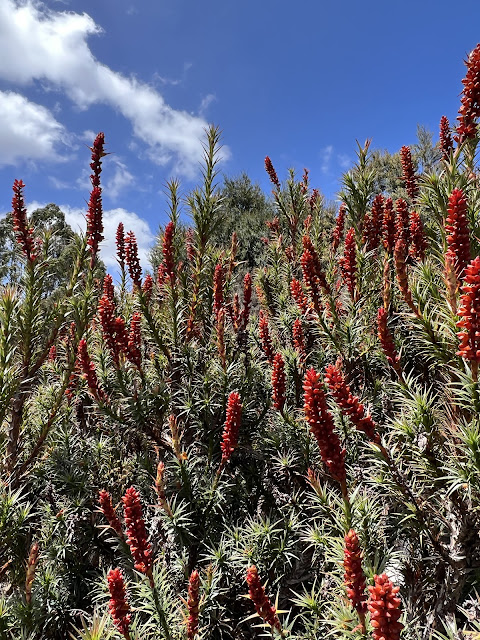