"Spread love everywhere you go. Let no one ever come to you without leaving happier" -- Mother Teresa

Goa has something to offer both those seeking cultural experience and a relaxing stay. But since it’s so spread out and if your time is limited you can choose either to spend your time in the North or South Goa. In North Goa is where you’ll find religious history, a blend of Portuguese and Indian culture. Two of the most fascinating cities are the Old Goa (Velha Goa) and Panjim. 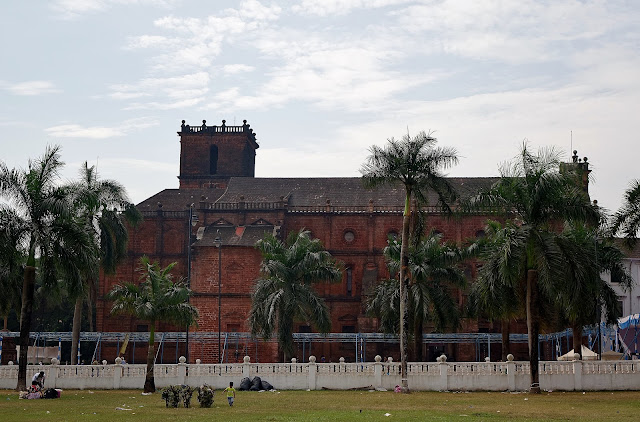 I found a posting of Mother Teresa quotes at the Basilica de Bom Jesus that I wanted to share this holiday season. (Hope you'll be able to read the texts from this photo) 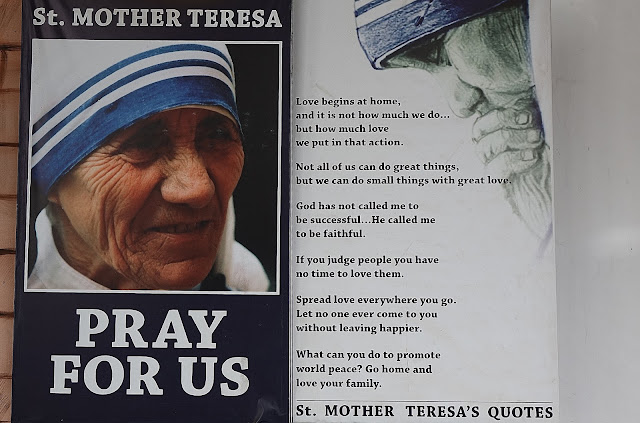 A few steps away from the Basilica of Bom Jesus is the SE Cathedral, the largest Roman Catholic Church built by the Portuguese in Asia in the first quarter of the 17th century AD. 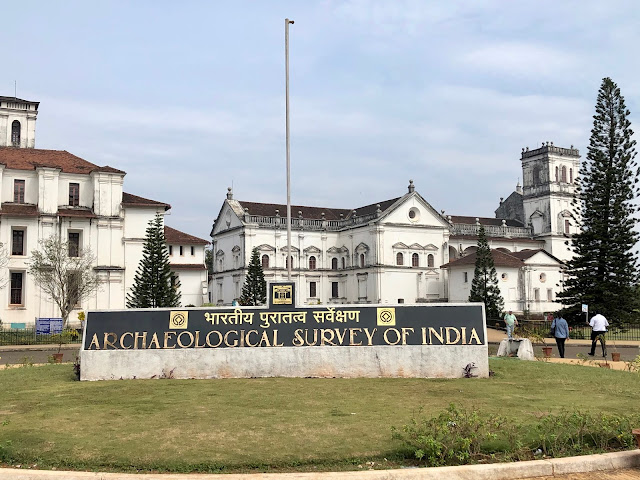 It has a distinctive single belfry, said to possess a golden bell and richly gilded main altar dedicated to St. Catherine of Alexandria, eight chapels alongside the aisles and six altars in the transept. Besides a large painting of St. Christopher hung beneath the choir, there are several painted and gilded episodes over the walls. 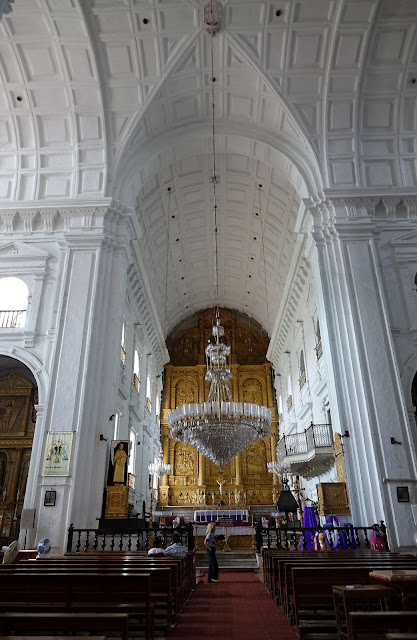 Spread along the south bank of the Mandovi River is Goa’s capital Panjim. Here you’ll find the whitewashed Our Lady of the Immaculate Concepcion Church also known as the Panjim Church originally built in 1541 with zigzag steps modeled after the Bom Jesus do Monte in Braga Portugal. There are other religious places of worship like temples, but they're not as visited as the three previously mentioned.
You can stroll through the Fontainhas Latin Quarter where you’ll find villas or old mansions splashed in shades of marigold, green and blue with tiled roof and with colorful gardens and fountains. If you want to explore the interior of a typical Portuguese mansion, there are a few heritage homes that are open to the public like the house of Otto de Oliveira Fernandes or “Casa Oliveira Fernandes” 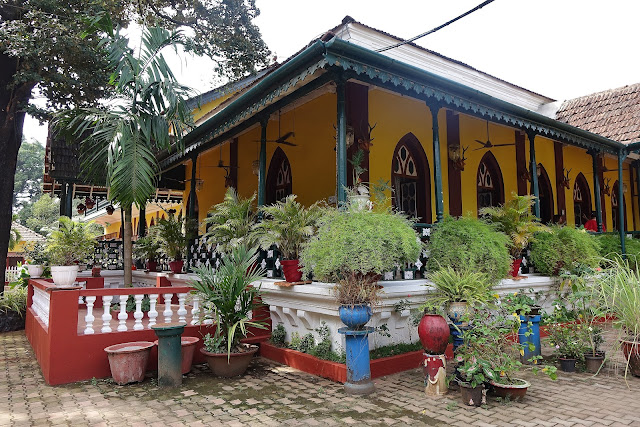 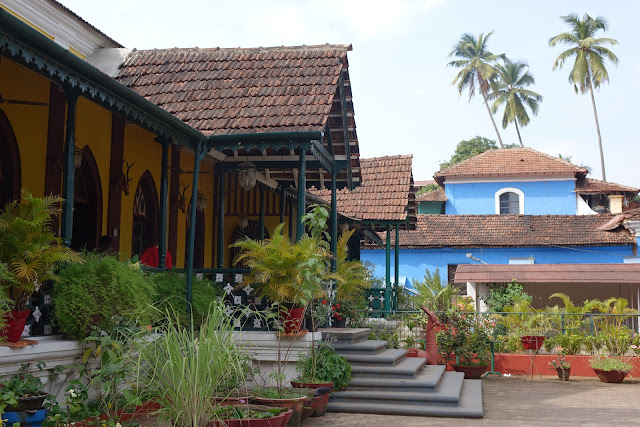 Along the Mondovi River, you’ll find floating casinos. There is a little to buy in Panjim. There are a few family-run stores selling crafts, brassware, and things inlaid with marble. But my favorite place in Panjim is the local fruit market where you’ll find fresh exotic tropical fruits. 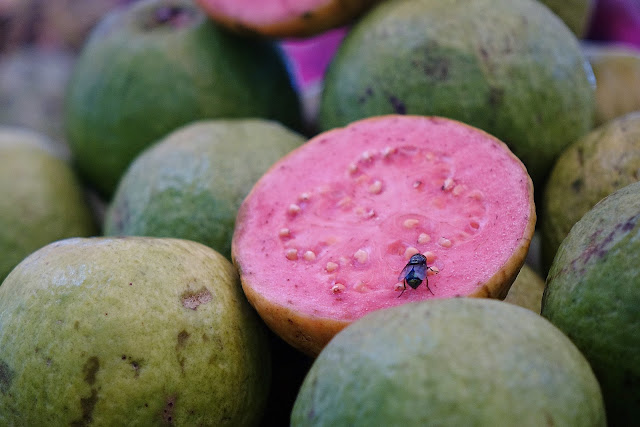 If you want to relax head into South Goa. It is less developed, but you’ll find buzzing beaches like Arambol Beach, Ashwem, Mandrem, and Vagator Beach.