On a recent visit to Hawaii, we hiked through a few volcanic craters in the Hawaii Volcanoes National Park. We pretty much spent the whole day in the park, stopping first at the Kilauea Visitor Center to get information and hiking trail maps. There were friendly rangers who highlighted our maps and made suggestions as to which route to take. There were also exhibits about the park’s historical, environmental and cultural overview, and a theater where we watched a short film about the island formation, the arrival of life by wing, wind, and wave and the ecosystem from the sea to the summit, the rainforest and stories of Hawaii’s native people.


There are 150 miles of hiking trails through volcanic craters, deserts and rainforest and two active volcanoes within Hawaii Volcanoes National Park.  So, it's easy to spend a whole day in the park and barely scratch the surface, hiking-wise. We drove the 10.6 miles Crater Rim Drive and hiked to see the park’s main attractions: the Kilauea Overlook, Devastation Trail and Kilauea Iki Crater Overlook, Halema'uma'u Crater.

From the visitor center, we drove to the steam vents area with a parking lot and followed a short trail to the Kilauea Overlook. The view of Kilauea Caldera and three other pits - the site of an eruption in the 50s - greeted us. Lava flowed into the 800 feet crater in 36 days and filled halfway. Today it’s about 400 feet deep. (Volcanoes are very unpredictable that volcanic activities may have occurred between my visit and as of this writing. So the info I gathered during my visit may no longer be accurate). 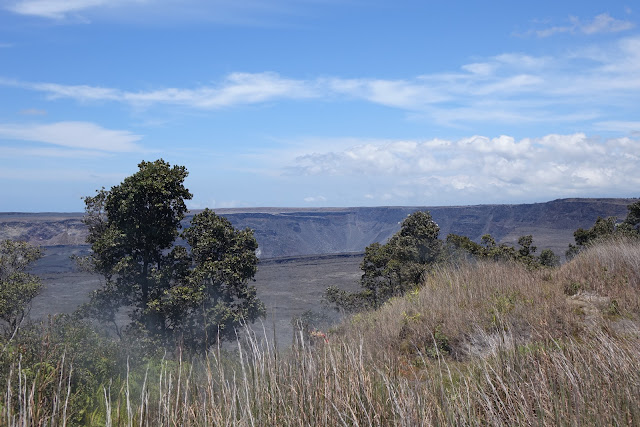 We hiked the trails along the rim to the Sulphur Banks Trail where steam continued to rise from vents which indicate some boiling earth below our feet – a reminder that we were hiking through an active volcano. Despite the steam vents in the surrounding area, there was plenty of vegetation: ferns, mosses, and trees. The area between the parking lot and Kilauea Overlook was covered with bamboo orchids.


We hiked back to the Crater Rim Trail to Halema'uma'u Trail to see more of the Halema'uma'u Crater. Halema'uma'u is the legendary home of Pele, the Fire Goddess of Hawaii.  There was a designated quiet area at the Halema'uma'u lookout to allow for personal reflection and respect for the culture.  The trail ended at the military camp.

After a quick lunch at the Volcano House (overlooking the Kilauea caldera), we continued the drive along the Crater Rim Road, made a left turn where the sign says, "to Chain of Craters Road", passing forest, desert, craters, and lavas until we reached Mauna Ula. Signs showing the name and year the eruption occurred were posted along the road. For example, the 1969-1974 eruptions resulted in the Mauna Ula lava flows.  We hiked the Mauna Ula Trailheads to Pu'u Huluhulu Cinder Cone. Although I was able to hike to the cinder cone area, I was not able to fully explore the area because of a minor accident. 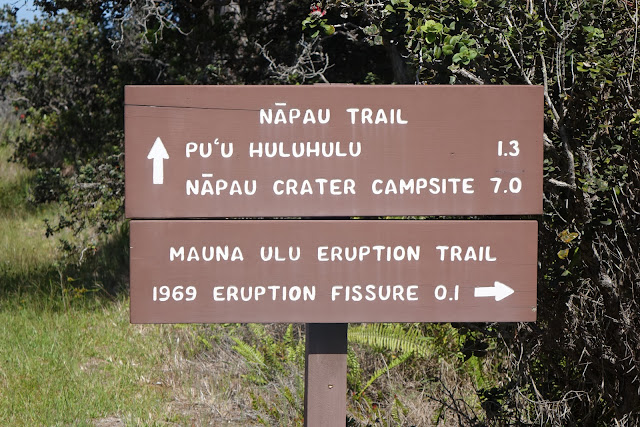 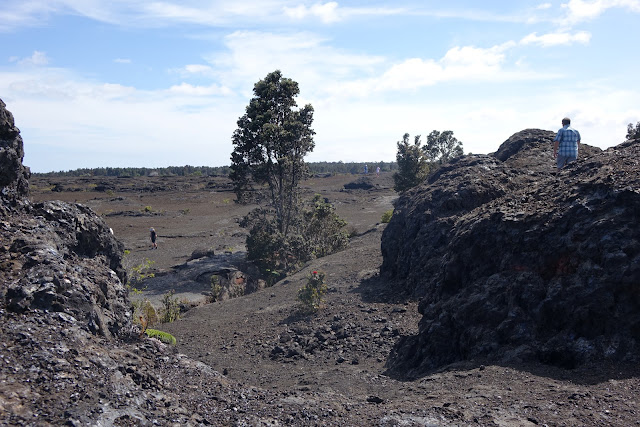 I quickly recovered from the minor accident that we were able to continue the drive through the Chain of Craters Road (thirty-eight-mile roundtrip) and descended 3700 feet to the coast and ended at the lava land and finally, the sea arch. As the road dipped down I saw a vast expanse of lava-covered land. According to the information gathered from the visitor center, lava has covered eight miles of road since 1986. 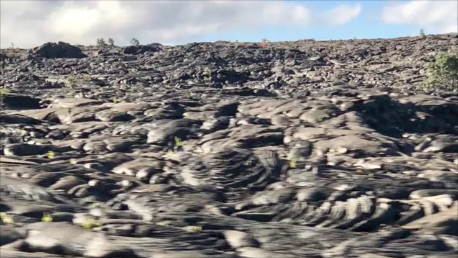 I've seen so many spectacular landscapes in my travels but never expected to hike a volcano. The sheer size of what I called "the Lava land" was simply spectacular - another one for the books. It has been said that Kilauea is “the world’s only drive-in volcano.” Kilauea volcano produces 250,000-650,000 cubic yards of lava per day – enough to resurface a 20-mile-long, two-lane road each day. 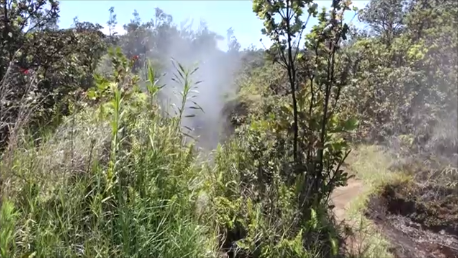 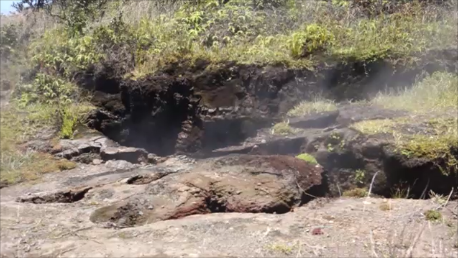 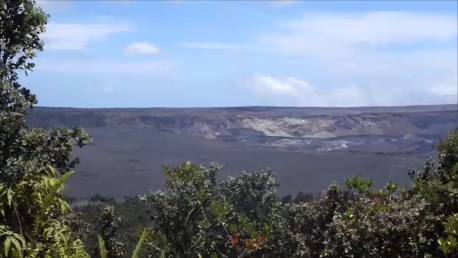 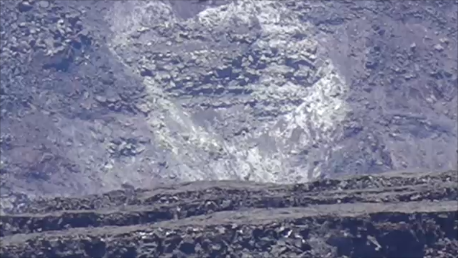 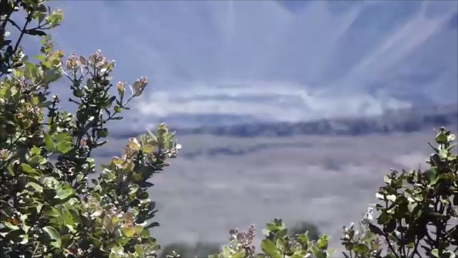 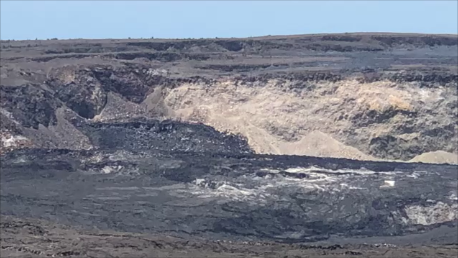