I spent the last few days traveling across the Baltic, to the towns of Tallinn, Estonia; Riga, Latvia, and Vilnius, Lithuania. These Baltic states have one thing in common; an Old Town, designated as a UNESCO World Heritage site. I saw the greenest forest as we traveled from Latvia to Lithuania. Towering trees, conifers and pine trees covered the roadsides. But approaching Vilnius the road widened and the city was dotted with grey concrete-block apartment buildings or townhomes. We passed high-rise and commercial buildings before reaching the town center where our hotel was located.  My arrival in Vilnius coincided with the biggest street festival. Since the festival was not on my itinerary, I asked the locals and vendors what was going on. I was told that it was some kind of international festival where people from different countries bring their crafts and food to sell. And there began my adventure in Vilnius walking the small cobbled street alive with food tents, tables, and chairs. 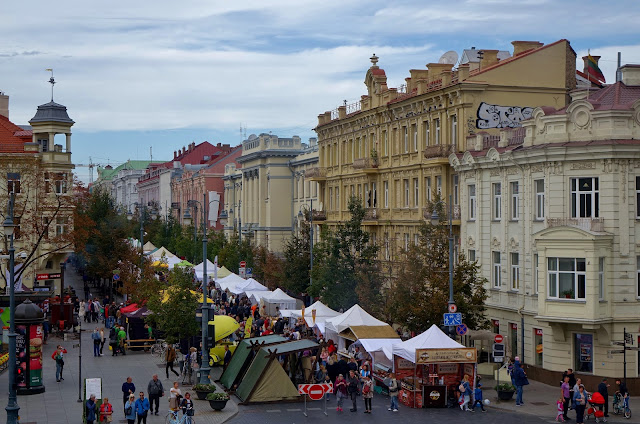 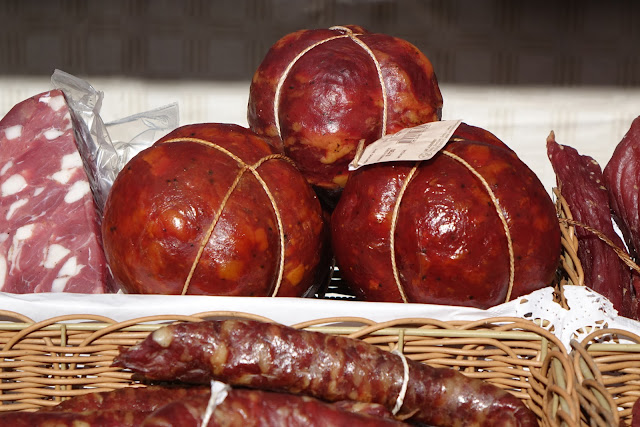 Tourists, foreigners, and locals all mixing together enjoying the food, music and the last days of summer. 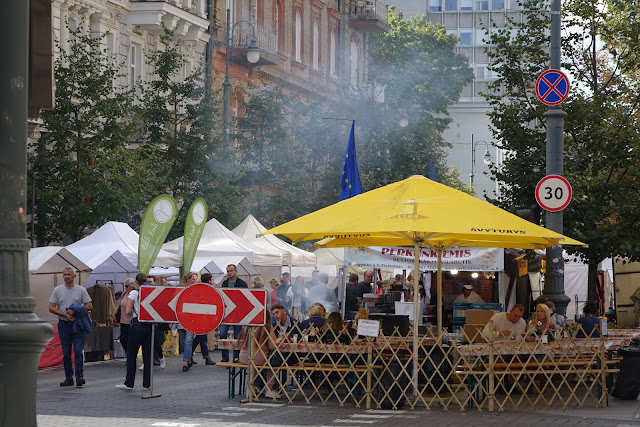 I took a walk through one of the city parks, where I was able to photograph another contrast of what I did not expect to see in the Baltic – blue skies and plenty of sunshine. 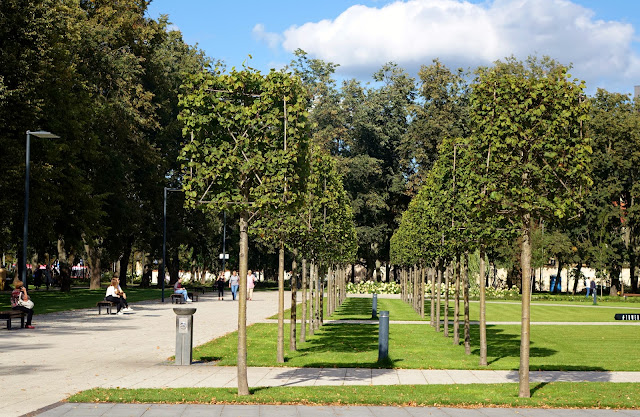 I spent my first night in Vilnius listening to some pop concert.  Our hotel was across the Vincas Kudirka Square where the main stage for festival entertainment was situated. So, I did not have to go far for entertainment. 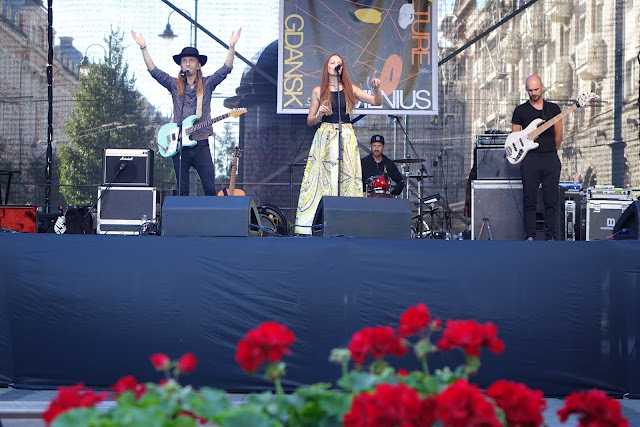 The following night was more of a cultural event with pop and folk music performances from different parts of the Baltic. There was also a fire show with acrobatics, performing fire stunts. 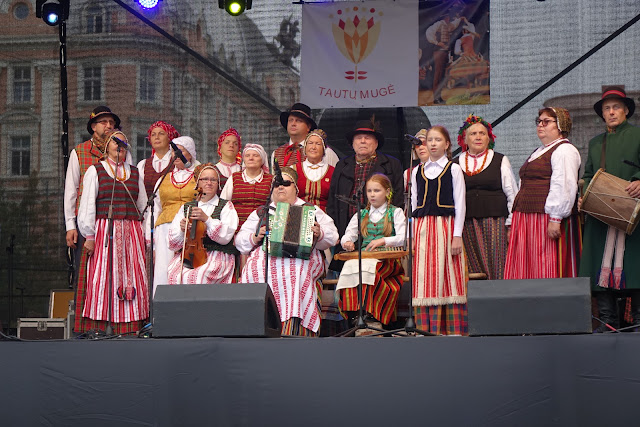 The following day was spent discovering baroque architecture and medieval history. Lithuania was the last and most Northerly European country to be converted to Catholicism. I joined a walking tour where we visited quite a few churches including the St. Peter and Paul Church, St. Anne Church, Bernardine Church and Monastery, St. Casimir Baroque Church and the Vilnius Cathedral.

We entered the Old Town through the ‘Gate of Dawn’, the last leftover bit of Vilnius’ original defensive wall. A small chapel could be found above the gate, but it was closed to the public. 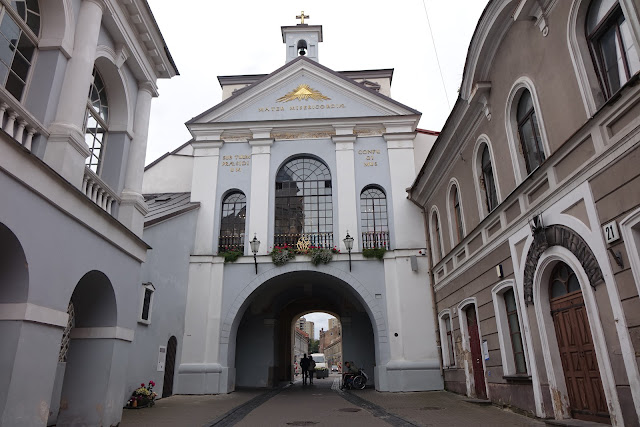 It was a photographer's dream to see different types of architecture from the Rennaissance, Baroque to Gothic. I started taking photos as soon as we passed through the entrance arch. 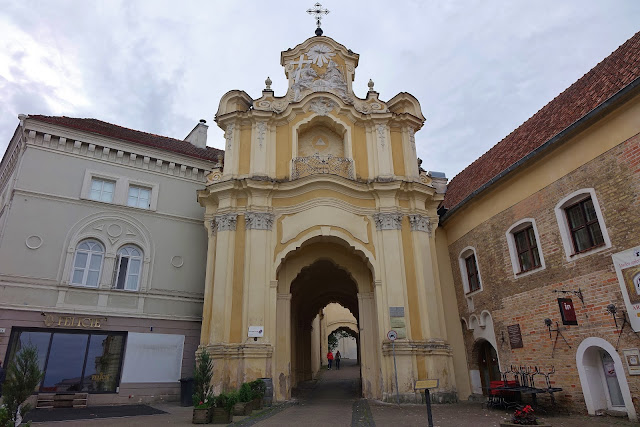 We walked through cobbled streets that still bear the sign of the old Jewish quarter. There were so many charming streets and buildings such as the beautiful building of Stikliai Restaurant, and the church tower from a distance. 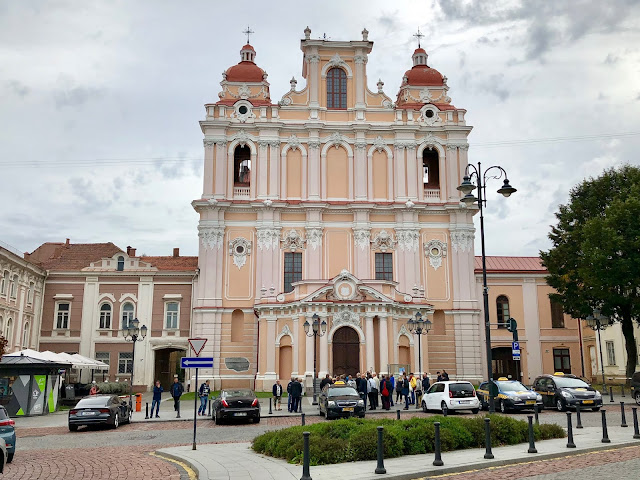 We covered all the highlights of the Old Town including the Vilnius University and the Presidential Palace.

I left the group to explore the Gediminas Castle which was behind the Vilnius Cathedral that offered awesome views of the entire Old Town. And across the castle was a tribute to the seven tortured monks. At the foot of the hills for the three Crosses and Gediminas Castle was the Vilnius Cathedral and Bell Tower. It seemed that all roads in Vilnius lead to the Cathedral Square. There was also a flurry of activities at the Cathedral Square in preparation for the Pope's visit. 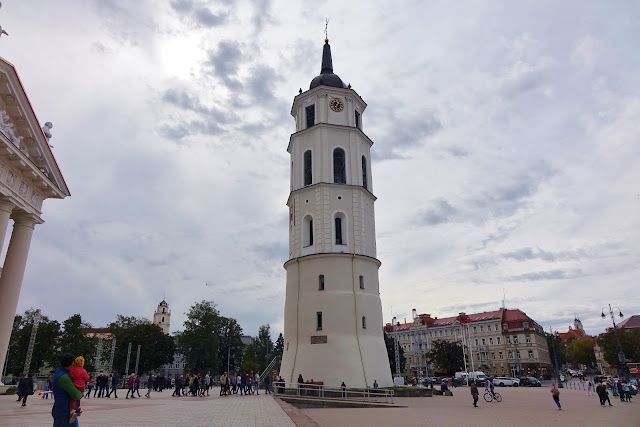 Somehow, I found myself drawn to climbing Bell Towers.  I was surprised to find the place empty and glad to have the very narrow stairs all to myself.  I took my time taking pictures from the Belfry. 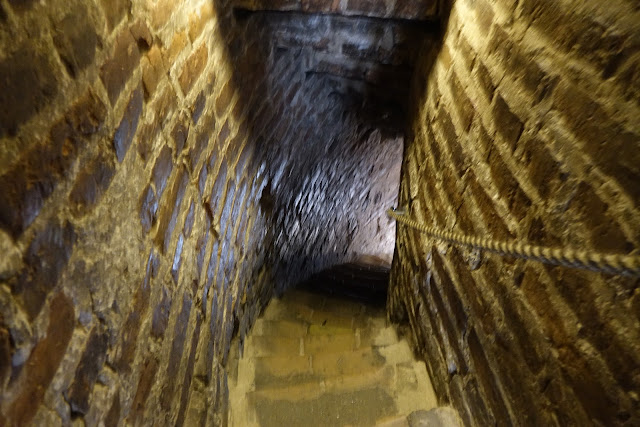 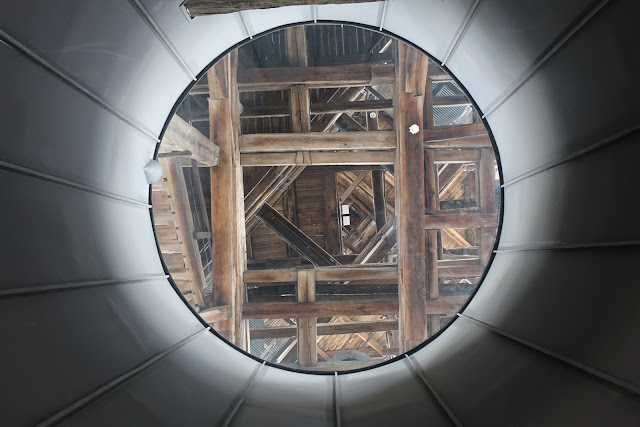 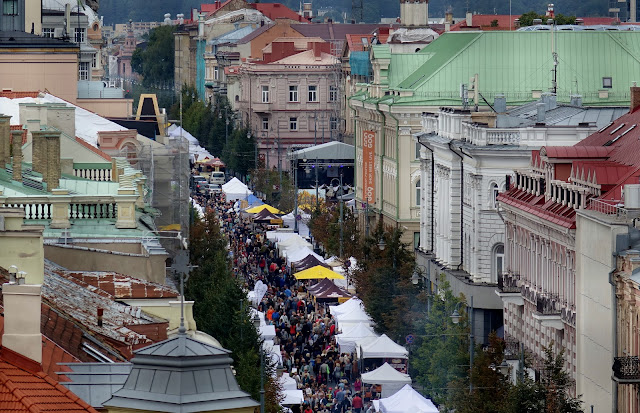 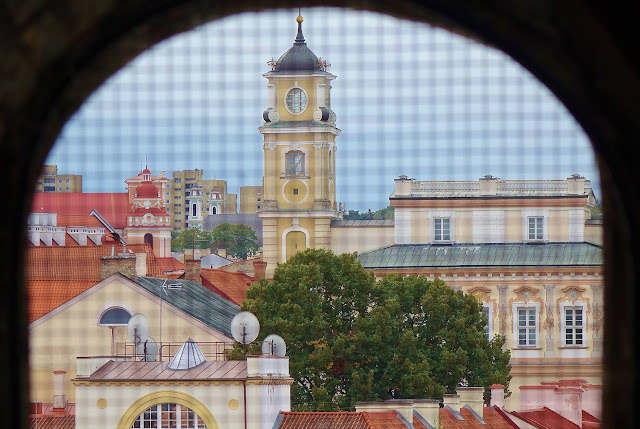