I just had time to muse about my wonderful experience exploring the Inside Passage and some parts of the Tongass National Park while on a cruise to Alaska with my sisters. Our first port of call was Ketchikan, a very small town famous for three things: rain, salmon, and totem poles. So, most of the shore excursions involve rainforest, fish and totem poles. The weather forecast on our arrival was rain, but for a city dubbed as the “rain capital of Alaska”, it was beautiful and sunny when we arrived. The arch sign “the Salmon Capital of the World” greeted us as soon as we got off the ship. I gathered from the sign that Ketchikan was a small enough to explore on our own because only small towns would build or put out signs as tourist attractions to draw crowds. We could have explored the whole town on our own in no time, but we already pre-booked a walking tour. We arrived a couple of hours before the scheduled tour, so we walked around to check the shops out (mostly souvenir shops) and sat down for coffee. Later, I took a scenic stroll not far from the pier while my sister waited for the group.

Ketchikan has the world’s largest collection of totem poles. The Mooning Eagle Totem Pole was the first stop on our walking tour, where our guide talked about the history and first inhabitants of Ketchikan. He introduced himself as part of the Tlingit tribe, part of the sub-group Eagle (the other group is called Raven). The word totem means ‘kinship group’ and totems are emblems of tribes or groups of people such as a family or clan. Animal totems or emblems, also reflect the lineage of a tribe, reminding them of their ancestry or their mythical past. 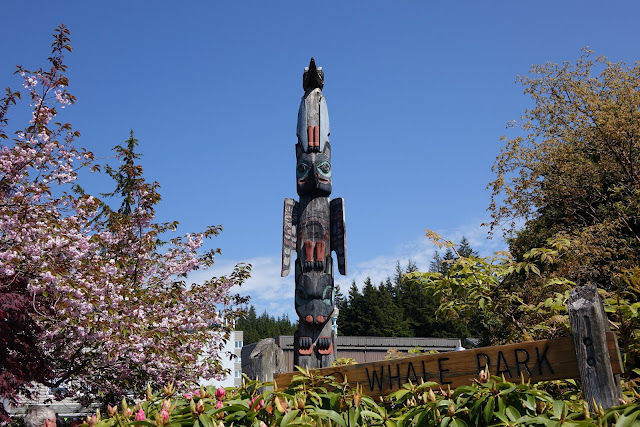 Ketchikan is named after Ketchikan Creek, which flows through the city. It comes from the Tlingit name for the creek, Kitsch-hin, that served as a summer fish camp for the Tlingit natives. Much of the Ketchikan colorful history (pun intended) was centered around the red-light district known as Creek Street. The once infamous area, where numerous brothel houses operated in the middle of the 20th century, is now the most famous tourist attraction. The most popular buildings are the Dolly’s House, which is now a museum and the Star, the biggest building in the area. 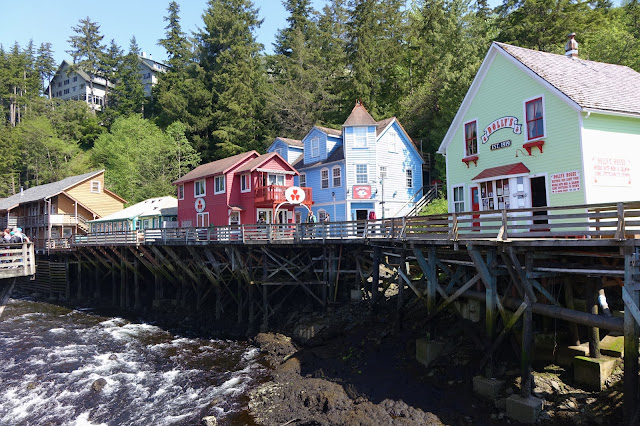 I did not pay much attention to our guide’s historical narration about the place because I was busy taking pictures. The colorful buildings, supported by wooden stilts, along the creek were a part of the gorgeous scenery and very photogenic to me. 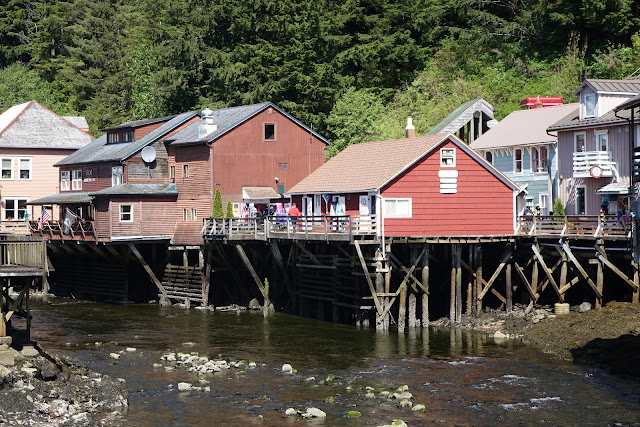 We strolled along the Married Man's Way, a trail used by patrons of the brothels to escape raids, that continued up the hills above the creek. 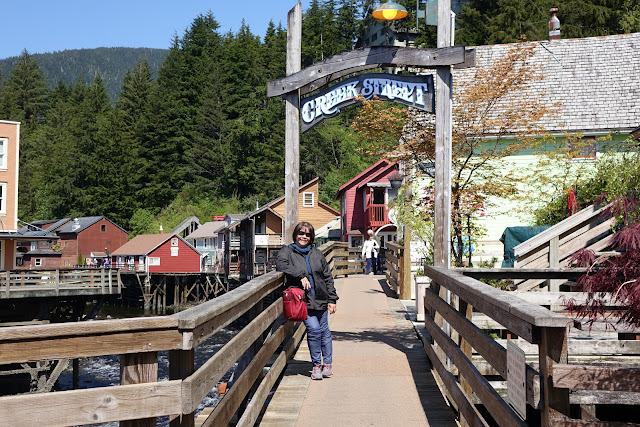 Of course, it was hard to ignore the many souvenir shops along the way. After browsing through the arts & crafts and souvenir shops, we crossed the tiny bridge and ended at the Tongass Historical Museum. We did not spend time in the museum, but enjoyed the atmosphere outside, by the creek looking for salmon. I did not see any live fish, I was happy just watching the rushing and swirling waters and breathing the fresh air before returning to the ship. 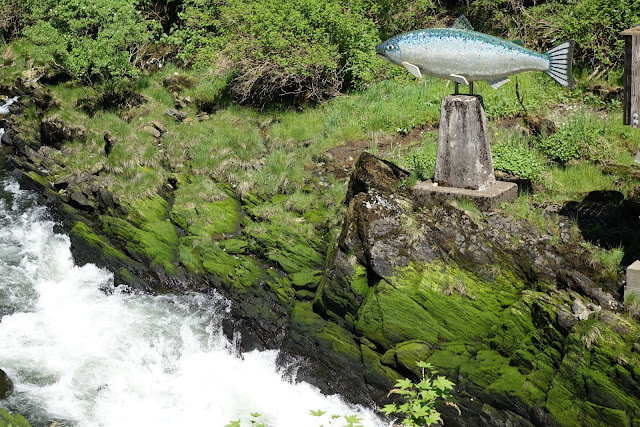