Mexico: Beneath the Yucatan Peninsula

I’ve traveled from country to country visiting museums, seeing different architectures, experiencing different cultures, but I’m mostly drawn to the natural world. So, imagine my delight when I discovered the beauty of Rio Secreto, a subterranean world. Rio Secreto or Secret River is Mexico and Central America’s leading Nature Reserve that features wonderful ‘cenotes’ or cave pools, limestone caverns and rivers beneath the Yucatan peninsula. 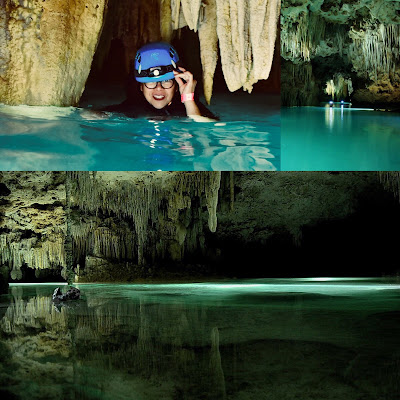 My adventure began at Playa del Carmen. The drive into the National Reserve from Playa del Carmen was about thirty minutes.  After the paved road, we bounced farther away from the park entrance over a bumpy and dusty strip into the depth of the jungle.  I had expected a bare minimum changing and restroom facility in the middle of the jungle.  But when we arrived, we were greeted by a professional guide who handed us our keys to our lockers.

A professional guide by the name of Carolina led our group step-by-step through the journey. There was a large dressing area with lockers so we couldn't bring anything to pollute the caves. Wetsuits, water shoes, life jacket and a helmet with a built-in flashlight were provided, and then we were requested to shower before putting our gears on

No one was left alone to explore on his/her own.  We took a short walk through the jungle to enter the caves.  We stopped at the Shaman’s hut where we gathered around for the Shaman’s purification ceremony and blessing.  Before entering the cave, our guide pointed out the rules. The cenotes are sacred to the Mayans, so there are strict rules on what not to touch for that reason and for environmental and safety reasons.  Carolina mentioned that there are a few entrances to the cave. 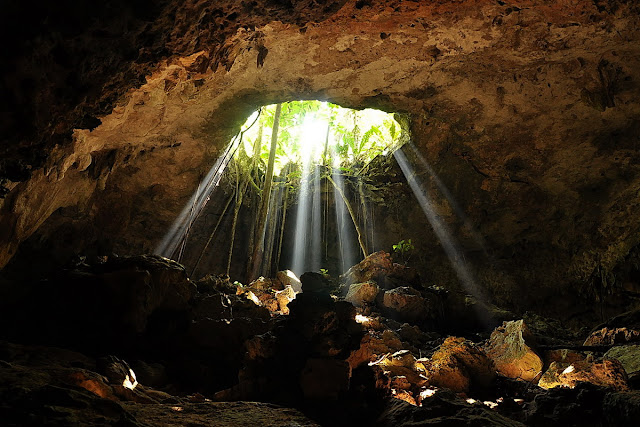 As we descended, she began unveiling the awe-inspiring facts about the secret river, and the mystical tales of the Mayan underworld. We started walking on the dry uneven surface with our guide literally highlighting the beautiful rock formations with her flashlight, and explaining the difference between the stalactites and stalagmites and other natural formations that walled the cave. 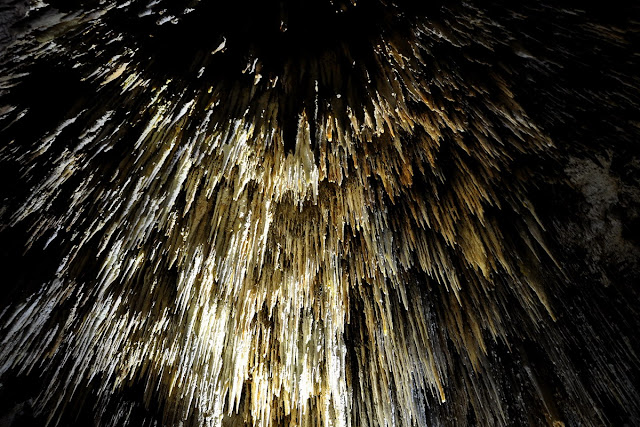 A few yards later we were tramping along the pool of crystal clear water. The water was knee-deep. We walked and waded in a single file and our pace was slow. We navigated through the tight area or narrow passageway with low hanging stalactites while trying to avoid stepping into a rock or a 16-inch hole.

I was really impressed by the behavior of my group mates. My group mates who were faster were forced to stop every few strides to wait for the tall people who had to slow down to duck the low hanging stalactites or for those who lagged behind to dodge the rock formations in semi-darkness. Those who walked or waded first in front of the line would announce if there’s a rock or a ledge that needs to be avoided. 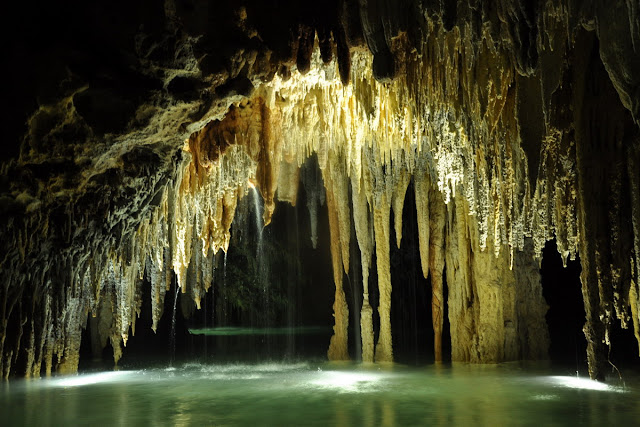 One and a half hour of walking and wading brought us to a wider pool area. The water rose to my chest. Carolina instructed us to gather around and turn our lights off and close our eyes. We opened our eyes to a pitch-black darkness.  She then told us to meditate and imagine living in a cave, a soundless paradise. I was so grateful when the water level rose to the point that my feet no longer touch the floor. It was time to swim and I did not have to worry about wading and stepping into a rock. The water was incredibly pristine with the imposing stalactite and stalagmite formations in the backdrop. What a joy! 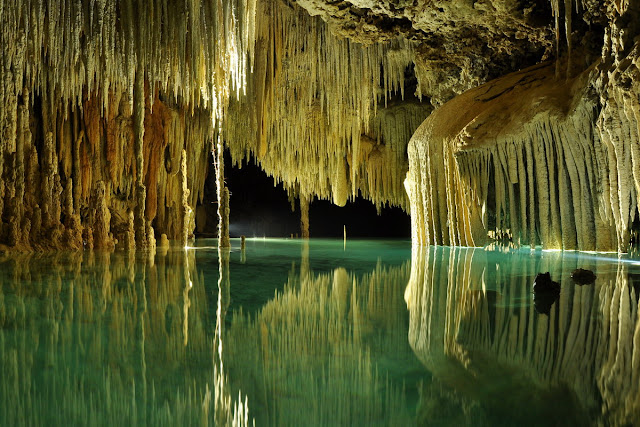 I’ve been to Jenolan Caves in Australia, the Cango Caves in South Africa, colorful caves in Halong Bay Vietnam, and other famous caves, but nothing compares to Rio Secreto. I emerged from the cave feeling like I had been to another planet. Exploring Rio Secreto was truly a unique experience.

2. I have no material connection to the products, brands or services mentioned or received compensation for writing this blog.
Mexico Rio Secreto Yucatan Peninsula