Grand Cayman: From Paradise to Hell 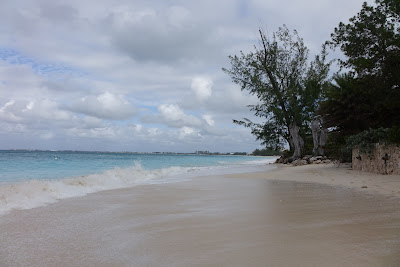 After two days of rough sailing, I was not really in the mood to participate in any water sports activities.  When we reached Grand Cayman, I decided to just relax on the beach.  Our driver took us to the Royal Palm Beach Club with beachfront access to the Seven-Mile Beach, a sun-bathers mecca of Grand Cayman.  Although it’s said that the Seven-Mile beach could get crowded with people from the cruise ships, the cabanas and lounge chairs were mostly empty.  There was no crowd, and the weather was just perfect for me.  I did not have to use the umbrella.

I saw a couple popping in and out of the water and three others swimming away from the beach. After drowning a mango smoothie and a blue alcoholic drink, and lounging for almost an hour, I was tempted to swim in the clear turquoise water.   I went in, face first into the wave and gave myself no moment to adjust to the water.  It was invigorating.  I swam along the wave and was enjoying it until a big wave hit me like a truck and pushed me into the edge and left me with no water to swim.  I walked back to the bar to order a drink and returned to my lounge chair. 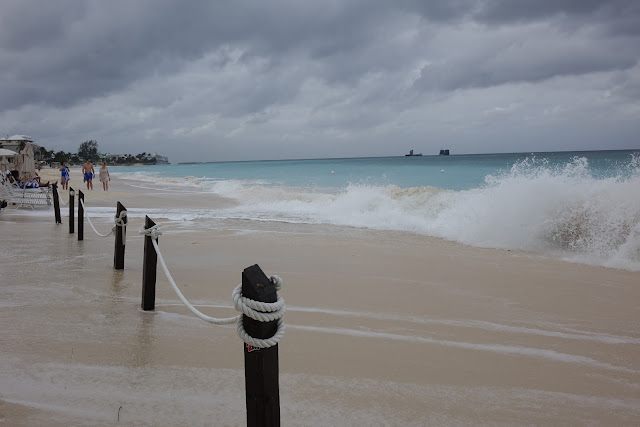 At almost noon, I joined a few people walking at the beach.  The Seven-Mile beach and that patch of sea matched, if not surpassed, the more famous and tropical oceans I’d been to for its peace and spectacular beauty. 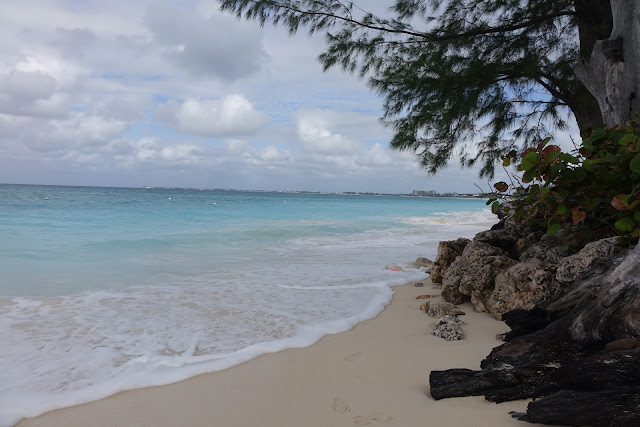 After lunch, I went for a tour of the island. There was some amazing scenery, including an authentic piece of Cayman’s history – the Homestead, a true Caribbean gingerbread house.  Other sights include the governor's residence, world-class hotels, and condos that line some of the most spectacular beaches.  The highlight of the tour was a visit to ‘Hell’.  As a nature lover and photo enthusiast, I was really looking forward to seeing and photographing ‘Hell’, advertised as Cayman’s most interesting limestone rock formations.  I thought I would never say this: but I was disappointed when I arrived in Hell.  There was a platform to view and photograph the tiny area with clusters of black limestone that supposedly gave the place its name, but it was not really hellish.  It’s a tiny town that doesn’t offer much except for its kitsch value. There were a post-office and a gift shop for people to send mail or postcard from Hell.  Since I did not send any postcards from Hell, I thought I’d share some photos of Hell through this blog. 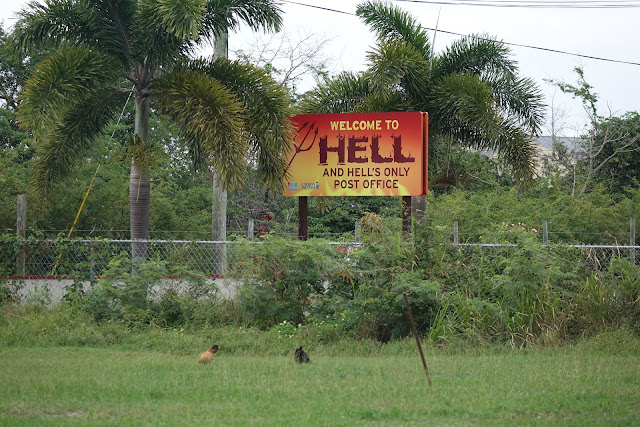 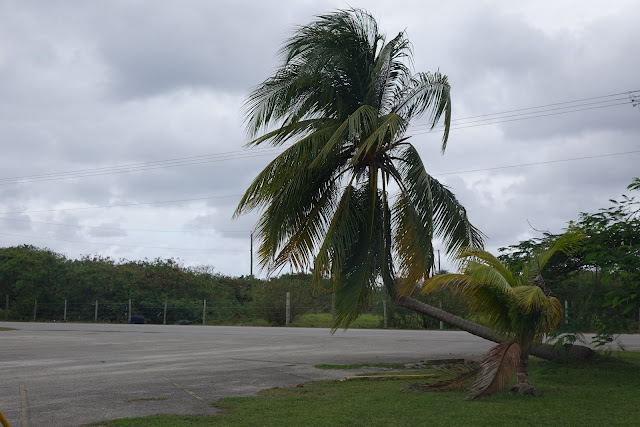 NOTE:   All photos by the author

I have no material connection to the products, brand or service mentioned in this blog nor received compensation for writing this blog.
Caribbean Grand Cayman Hell