Zagreb: A Tourist in Croatia, Part 5


“How many museums have I mentioned so far?” asked our local guide. It only had been a few minutes since we left our hotel and we were already on museum no. 4. We were on a city tour in Zagreb, the capital and the largest city in Croatia, and just passed the Zagreb Ethnographic Museum. Our local guide was counting the museums while explaining the city's rich history and culture as we headed to the historic upper town. Zagreb boasts a number of museums – from the Archaeological Museum, which displays artifacts and mummified bodies dating back to ancient Egypt, to Croatian Museum of Natural Sciences, which displays ancient human remains, to the Arts and Crafts Museums, which displays Old Master Gallery to Municipal Museum to Technological Museums. Great for the locals, I thought.

But for a tourist like me who did not have the time to visit all the museums, the best way to get a feel of the city was to visit the old town, which also houses the parliament and government buildings, old churches and cathedrals. What’s remarkable about the place was the lack of armed guards surrounding the parliament building. The old town was generally a pleasant place to stroll; there were no sidewalk cafés and souvenir shops. The most famous landmark was the Church of St Mark, which was built in the 13th century in Romanesque and Gothic styles, ornately tiled with the coat of arms of Zagreb and the three kingdoms of Croatia. Nearby, we found another museum, the Museum of Naïve Art. The name of the museum piqued my curiosity so I thought it was worth a visit. I returned the museum later to see some mid-20th-century art painted on glass, mostly rural scenes. Another museum with a catchy name, The Museum of Broken Relationship, was a few steps away. 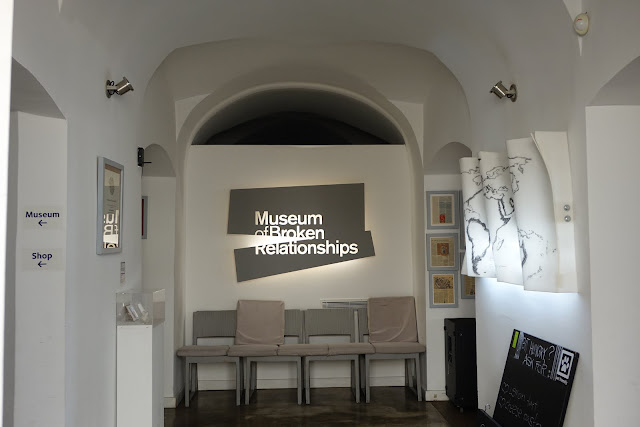 Tucked inside a gate was the tiniest chapel I had ever seen, basically, smoke-stained walls with a painting of Mary that survived the fire of 1731. We visited the Gothic Cathedral, with the very ornate interior. (It’s said that the gothic-looking chandeliers were relatively new -16 years- donated by an expat who made it big in Las Vegas). For a city advertised as the largest city in Croatia, it was not too big, but an adequate city for a tourist to visit. There was an open market offering flowers and fresh produce and trinkets across the cathedral.

From the cathedral, we walked down a cobbled stone street and ended at the Jelacic Square, the thriving and modern part of the city, dominated by a statue in the middle and surrounded by shops, restaurants and outdoor cafés, like any other cities in Europe. 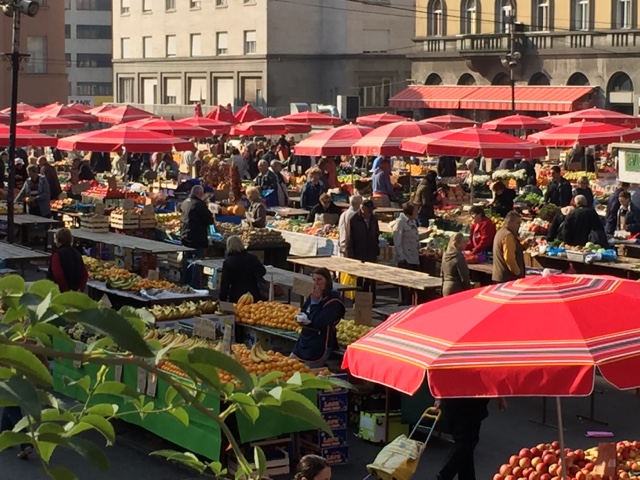