Montenegro: Our Lady of the Rocks

After a fun filled day and a windy night in Dubrovnik, we headed for Montenegro, a small country in the Balkans, on the Adriatic Sea. So, I planned on sleeping during the bus ride to Montenegro, but the stunning showcase of Bayside beauty before me; miles of shoreline and blue waters and granite mountains rising above the water’s edge, kept me awake. 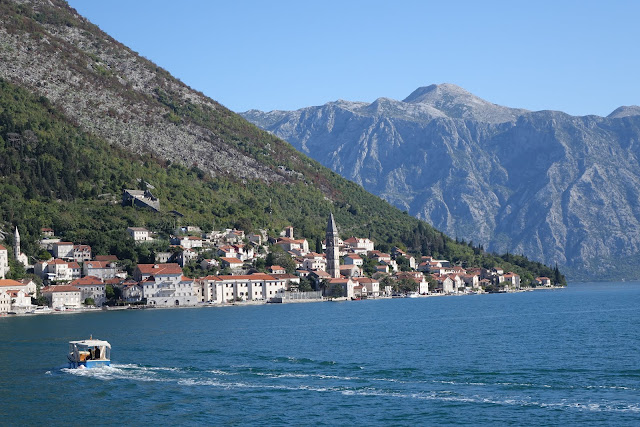 One of the highlights of our trip to Montenegro was a visit to the Church of Our Lady of the Rocks in the Bay of Kotor. I heard about it as a pilgrimage site, but had no idea about the sheer physical beauty of its location. Soon we reached the little town of Perast where we set off to take a short boat ride to the island known as Our Lady of the Rocks. 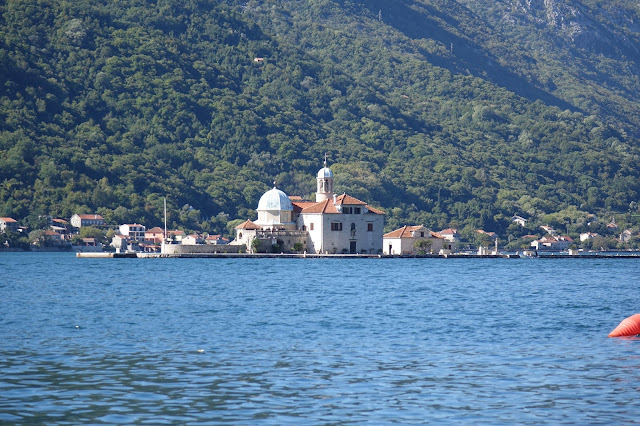 There was a group of pilgrims inside the small church, so we had a few minutes to explore the tiny museum behind the church and listen to the local guide explained about the history of the church. Story has it that sometime in the 15th century, native sailors from Perast found an image of the Virgin Mary on the rock in the sea. Since then, after coming back from each voyage, they laid a rock in the Bay until the small island created by these rocks emerged from under the water. The custom of throwing rocks into the sea every year on July 22 is still alive among the native residents. The church on the island started as Serbian Orthodox, but was taken over by the Roman and the Catholic Church. 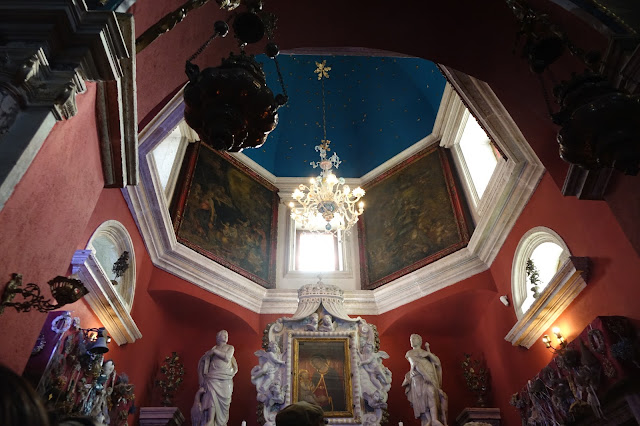 The church houses a collection of 68 paintings by the Baroque artist Tripo Kokolja. 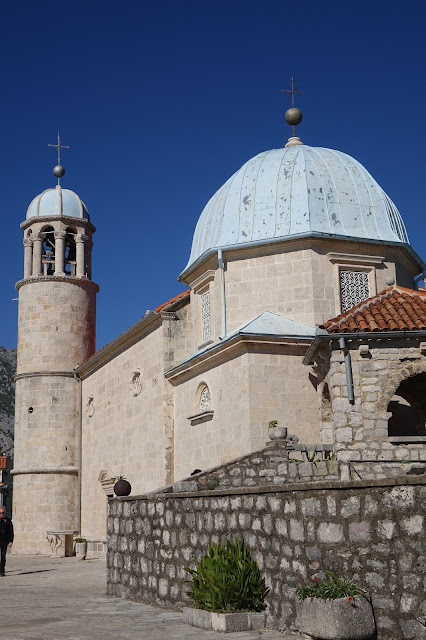 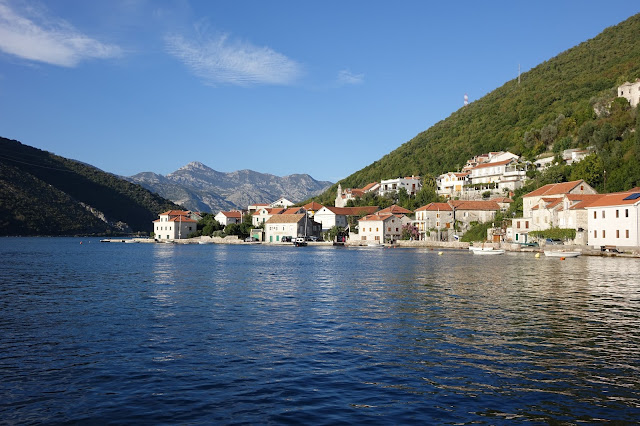 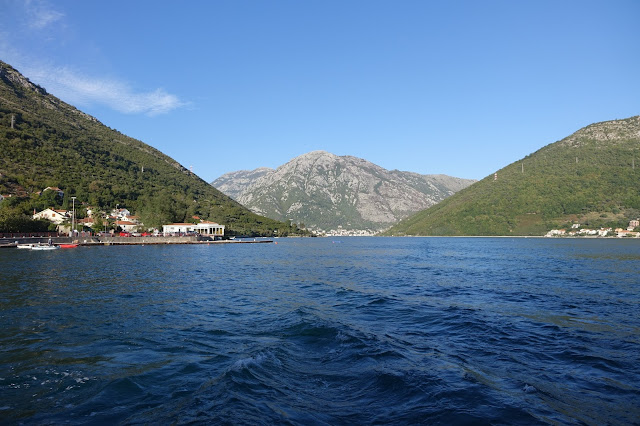 NOTE:  All photos by the author
Bay of Kotor Montenegro Perast