India: The Road to Agra


Motorcyclists zoomed past our tour bus. It was interesting to see the same pattern of riders where a woman in brightly colored clothes rides on the back of a motorcycle driven by a man. We passed small towns with crowded open markets. Cows scoured for food in the middle of the road. A few hours later, we left the crowded towns and the agricultural landscape took over. Cattle-drawn carts and car with the exposed motors (the original car manufactured and assembled in India, according to our guide) tied down with twine, bulging with agricultural products struggled on the highway while women balancing colorful pots on their heads tried to cross the highway. 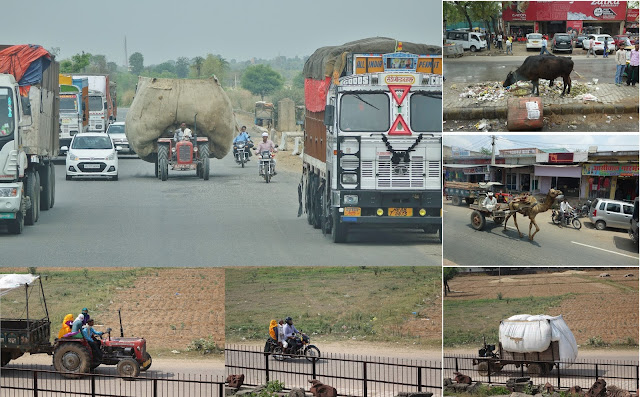 I saw men and women in colorful garb congregating under a tree. I could only assume that they're farm workers and were taking respite from the heat.


We left the busy highway and drove through a very tiny road lined with shacks and dwellings. Our bus was literally inches away from the dwellings that I could see everything inside: men laying in the hammock, women cooking and kids playing.  I don’t know how our driver managed to maneuver the bus to get through. Here and there, pushcart vendors selling sugar cane juice or sweets. 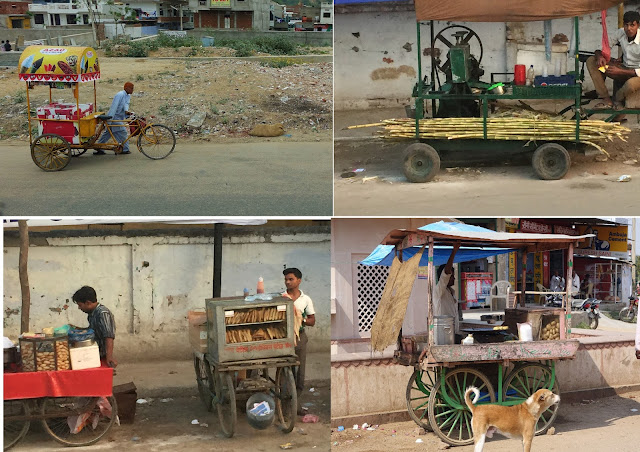 Soon the village view took over. We then reached what seemed to be a safari camp. As we entered the campsite, a man struck a huge drum while a woman marked our foreheads with a red dot to greet us. Well-appointed tents surrounded acres of manicured lawn with a lone tree that stood in the middle. The tree was full of hanging bird nests. Interestingly I did not see a bird from that tree, but saw lots of birds from that surrounding area. We ate our lunch of typical Indian food under a safari type tent. 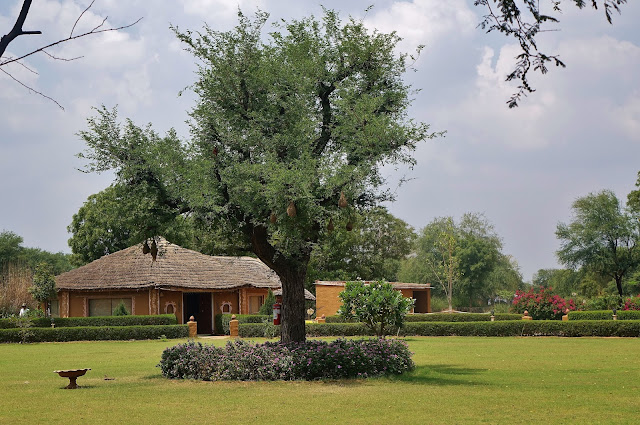 
We visited the UNESCO World Heritage Site, Chand Baori (Step well). It is the oldest step well in Rajasthan, which was built by King Chandra of Nikumbha Dynasty who ruled Abaneri or Ancient Abhanagari during the 8th-9th century A.D.  Information on the site tells us that the stepwell is 19.5 meters deep. It is square and has double flight of steps on three sides. The Northern side consists of multistoried corridor supported on pillars and two projecting balconies enshrining beautiful images of Mahishasurmardini and Ganesh. 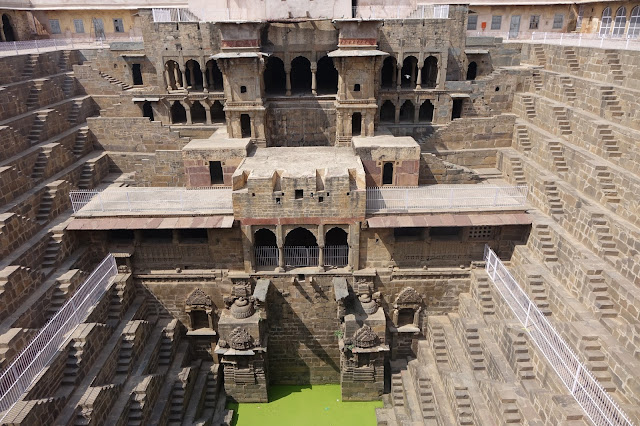 After admiring the step well, I walked around to take pictures of the arches with beautiful stone carvings, when I noticed a woman in brightly colored clothes with long flowing skirt following me. She then posed, so I took a photo of her with the monochromatic arches in the background. I did not realize that she was doing it for a fee. After giving her two dollars, she showed me her colorful ankle bracelet and motioned for me to take more pictures. I took more pictures, but she demanded $10.00 for the pose. Our guide did not warn us about her type, who dressed up and posed for tourists for a fee.

Adjacent to the step well was the Harshat Mata Temple, also built by King Chandra during the 8th and 9th centuries A.D. The temple was raised on a platform that it was a good spot for taking pictures of the natural surroundings. 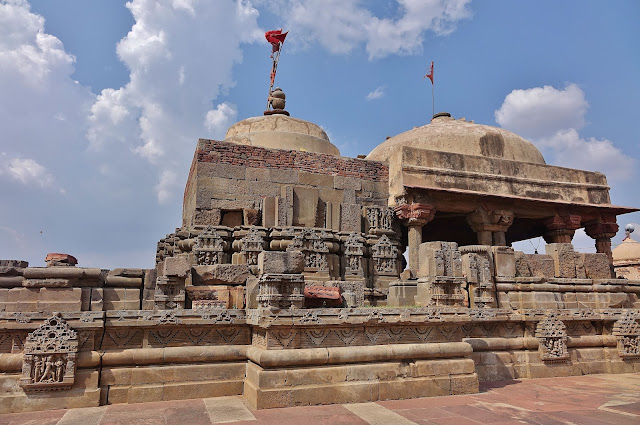 Then back on the highway, I saw very interesting scenery: I saw monkeys, birds and blue horses, which are native to India. 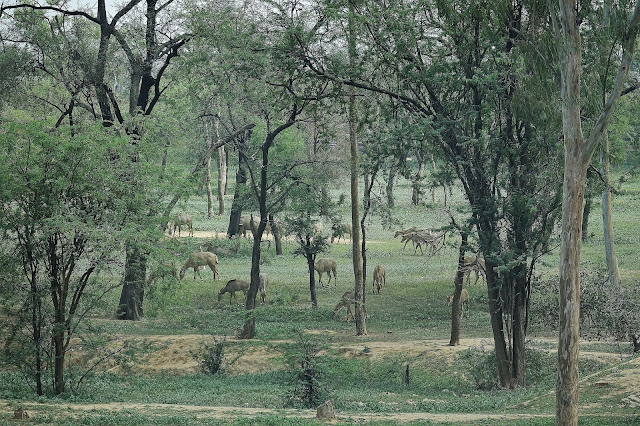 As we got closer to Agra, the road narrowed to one lane. We bounced through potholes and crevasses.  Inches apart from the vehicles from the on-coming traffic, I really thought that we would get into a head-on collision.  Physically, it was the most uncomfortable ride I’ve ever experienced, and emotionally for I saw some very upsetting sites on the roadsides that I was not prepared to see, so it made me feel very uncomfortable. 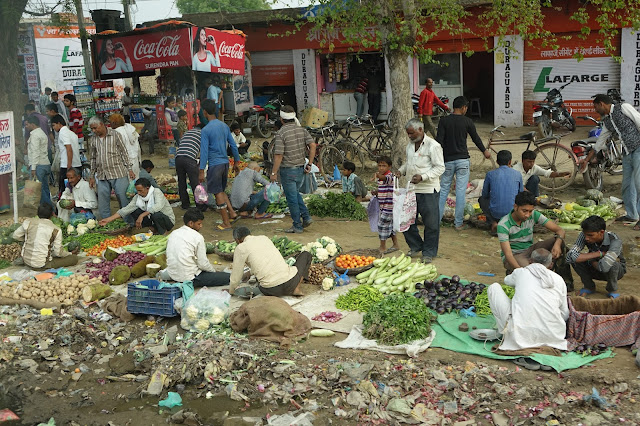 NOTE: All photos by the author