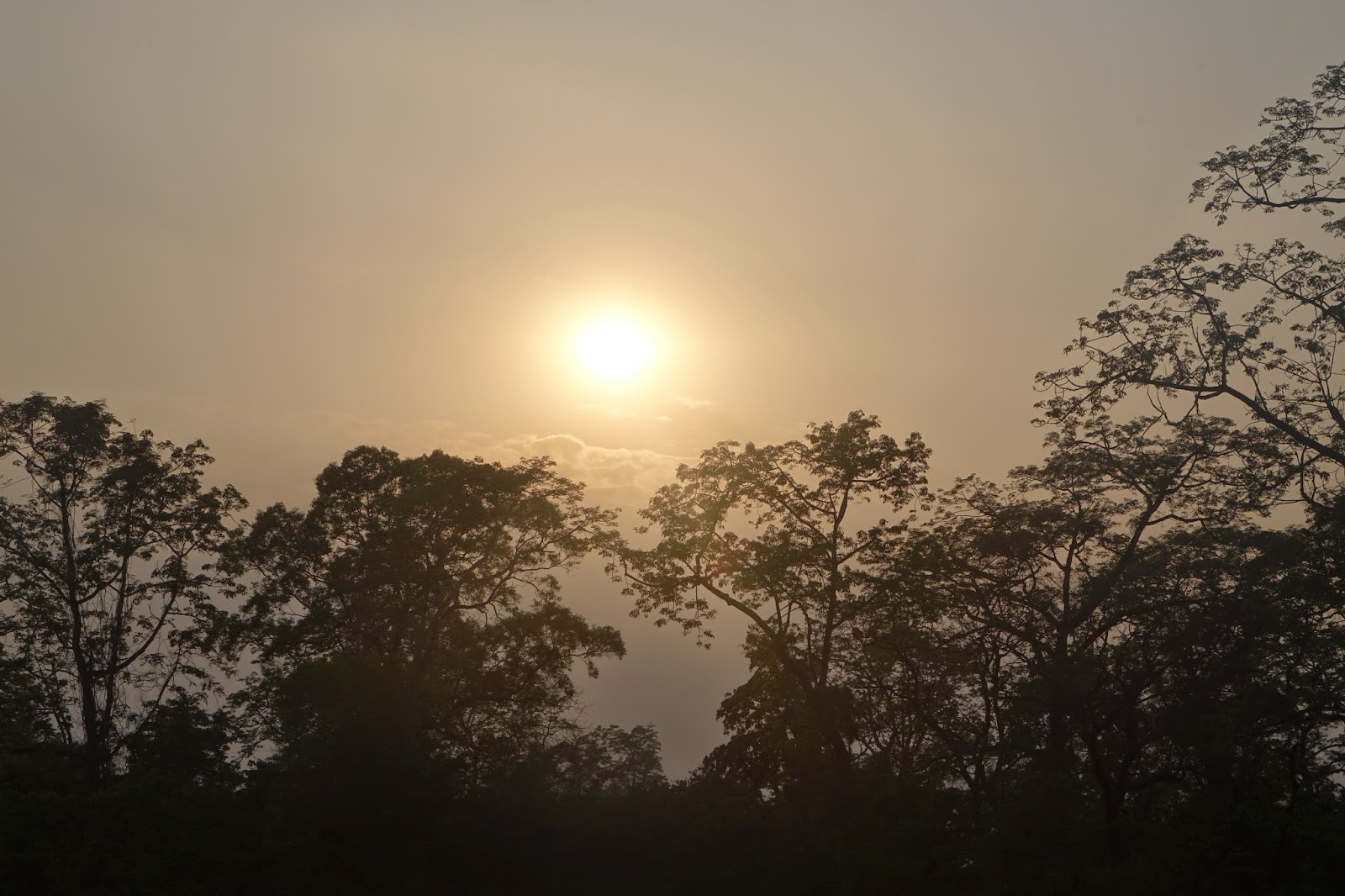 One of my aspirations as a nature lover was to visit the Royal Chitwan National Park in Nepal. Although I had known that it’s one of the biggest draws in Nepal and had heard rapturous accounts of it, I had only the vaguest mental picture. Would I be able to see a tiger? Would I be able to trek in the national park?

Well, I did not see a tiger, but while walking through the jungle, our naturalist-guide showed us some tiger foot prints. While the most famous attraction maybe the one-horned rhinoceros, which is an endangered species, it is by no means all there is. As I discovered on a recent trip, Chitwan holds more than animal treasures. We learned about the people in the surrounding village and their culture.

After a six-hour trip from Kathmandu, we spent the rest of the day on an elephant jungle safari until sunset. During the elephant ride, we saw some primates, three different kinds of deer – sambar, muntjac and spotted deer, peacocks and lots of birds and a grazing rhino.

We stayed at the Temple Tiger resort tucked between the village, rice paddies and the jungle. The room was comfortable with air-conditioning that ran until 10:00pm and solar heated running water.

The following day, we went on a Jeep Safari inside the Chitwan National Park, where we saw more rhinos, primates (langur and rhesus macaque), and plenty of beautiful spotted deer. Our naturalist-guide took us to the old and abandoned Temple Tiger campgrounds and gave us a talk about the Asian elephants. After lunch, he took us for a jungle walk, where he explained different kinds of trees and fauna. We saw lots of birds and more rhinos by the marshland.

Later that day, we went on a boat safari on the Narayani River where I saw a mugger crocodile and a variety of water birds. As we emerged from the river, I saw a procession of men and a body wrapped in orange-colored cloth unloaded from a truck for cremation by the riverbank – a brief cultural introduction, I thought.

Not only treated to a natural splendor, but we had a visit to the local village, where the houses are made of mud and dung plastered over wood frames. Our naturalist- guide introduced us to the Tharu people, a tribe of Chitwan said to have resistance to malaria. The kids around the village followed us with great curiosity, probably wondering why we were taking photos of their goats and chickens. That’s why I’m very saddened to hear about the earthquake damage on the school buildings and the effect of the earthquake disaster on Chitwan National Park tourism.

I created a video of both the jeep safari and boat ride to share the natural splendor and the animals I saw.
Click HERE – CHITWAN SAFARI 04-20-2015 to watch it on You Tube
or click the thumbnail below. 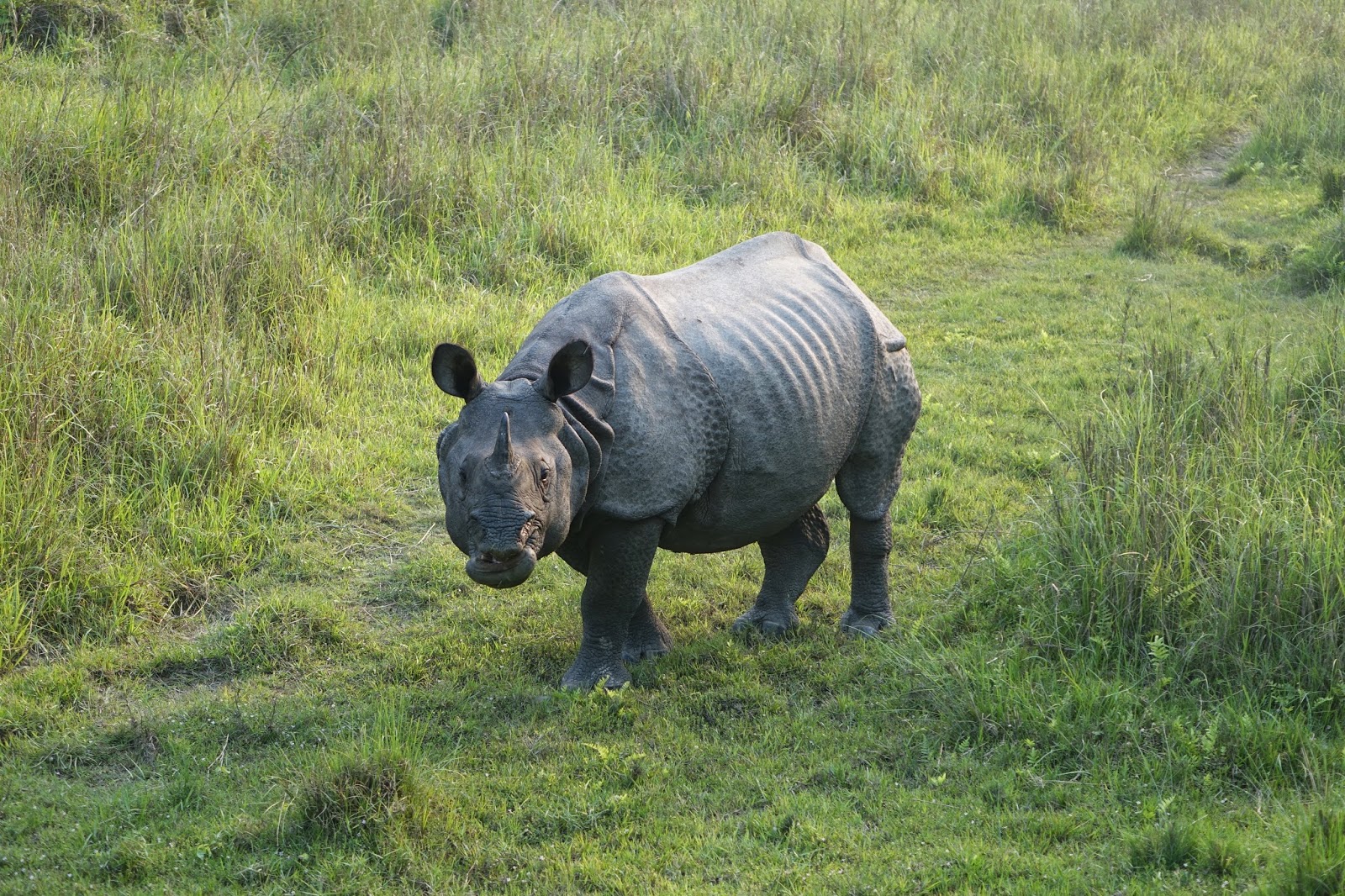 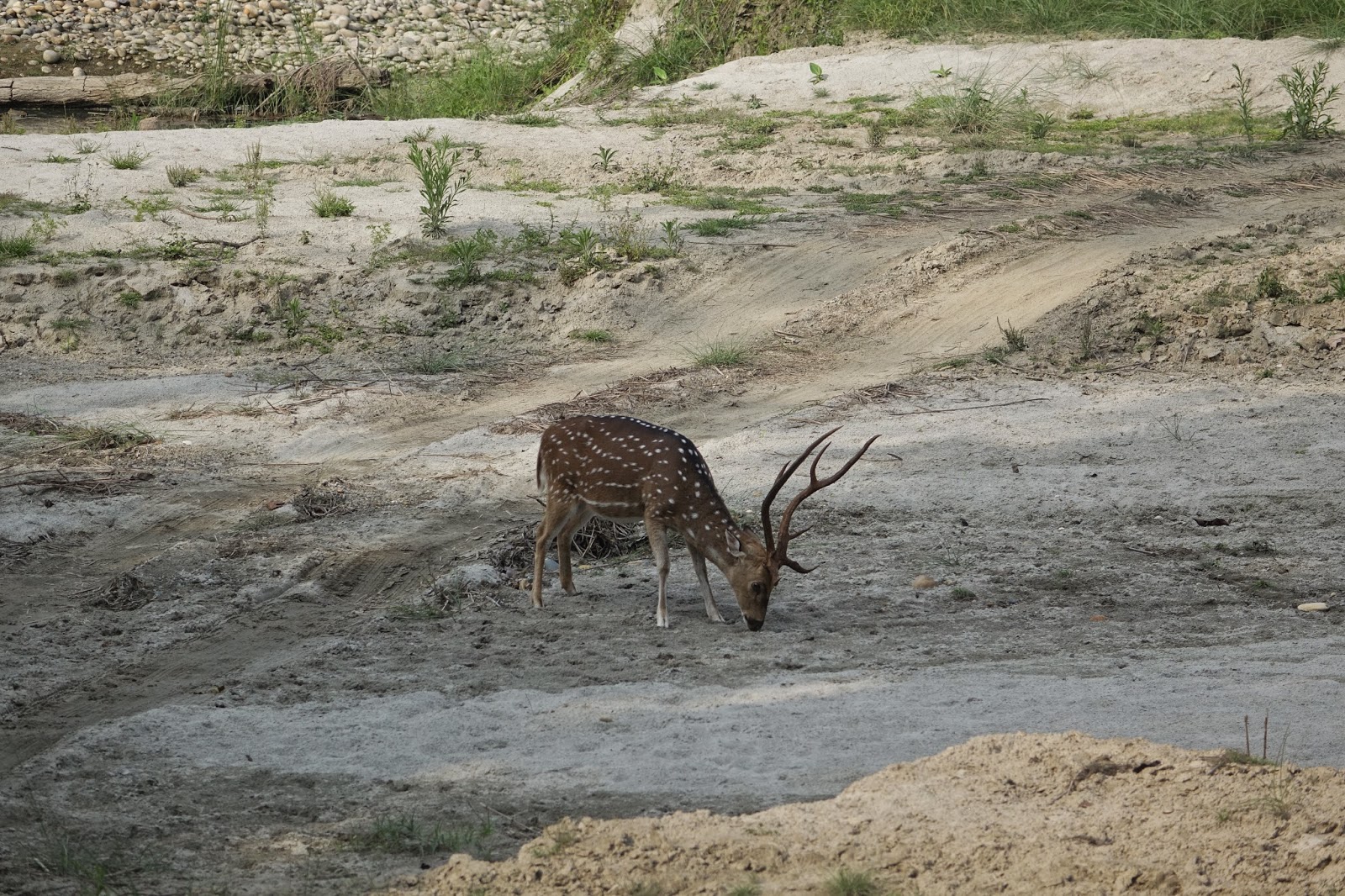 #3. A nursing elephant and a baby elephant 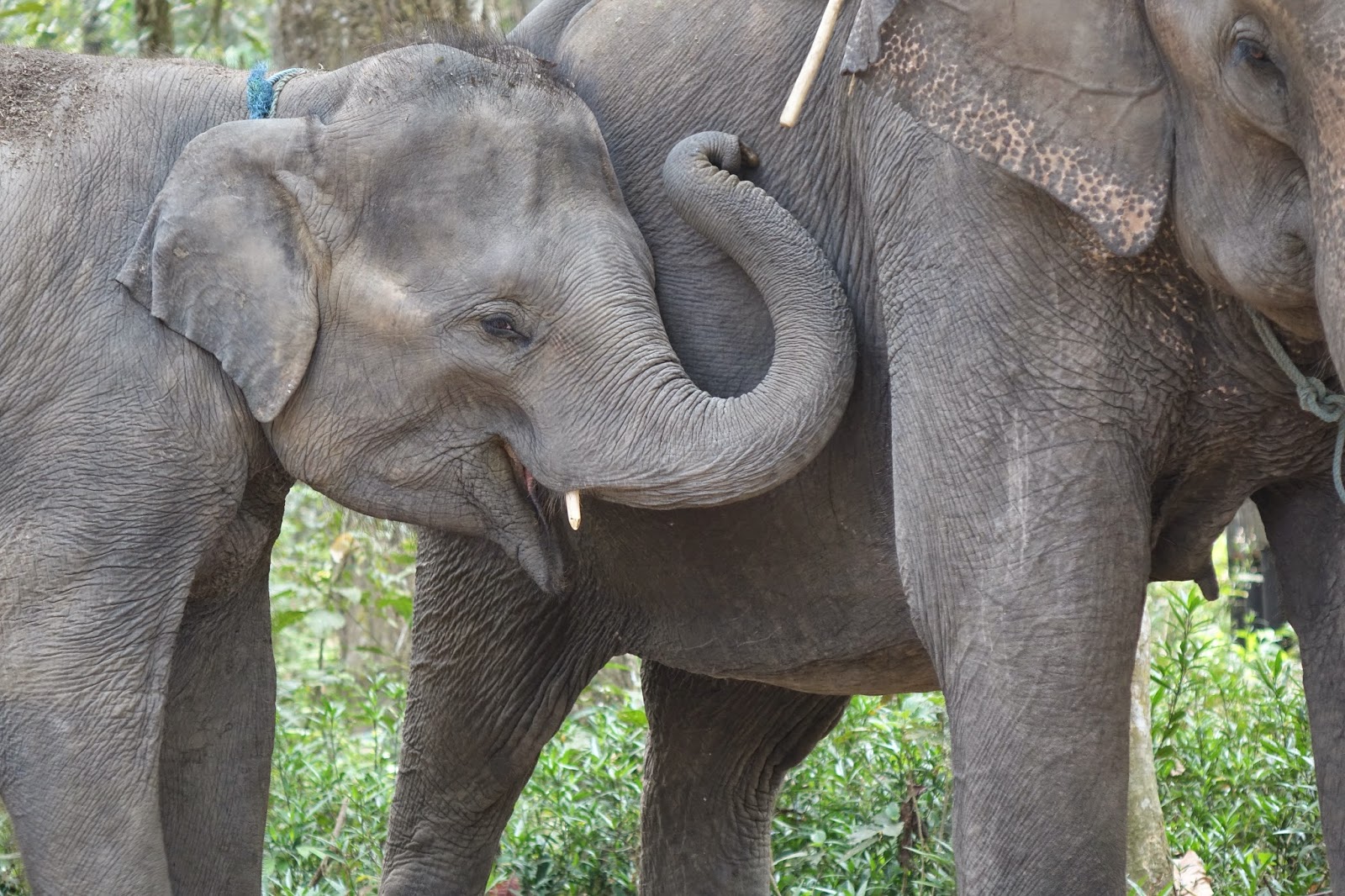 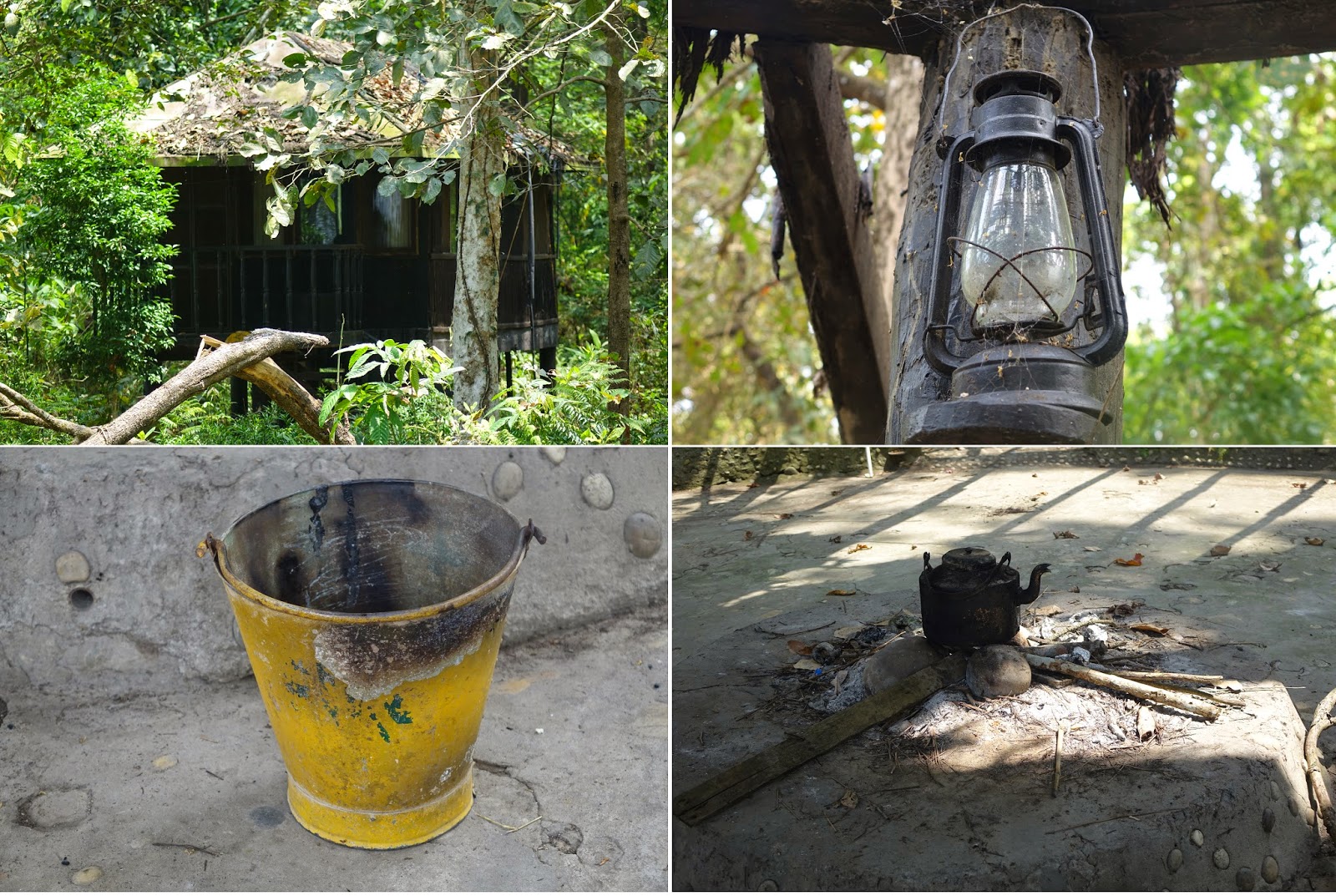 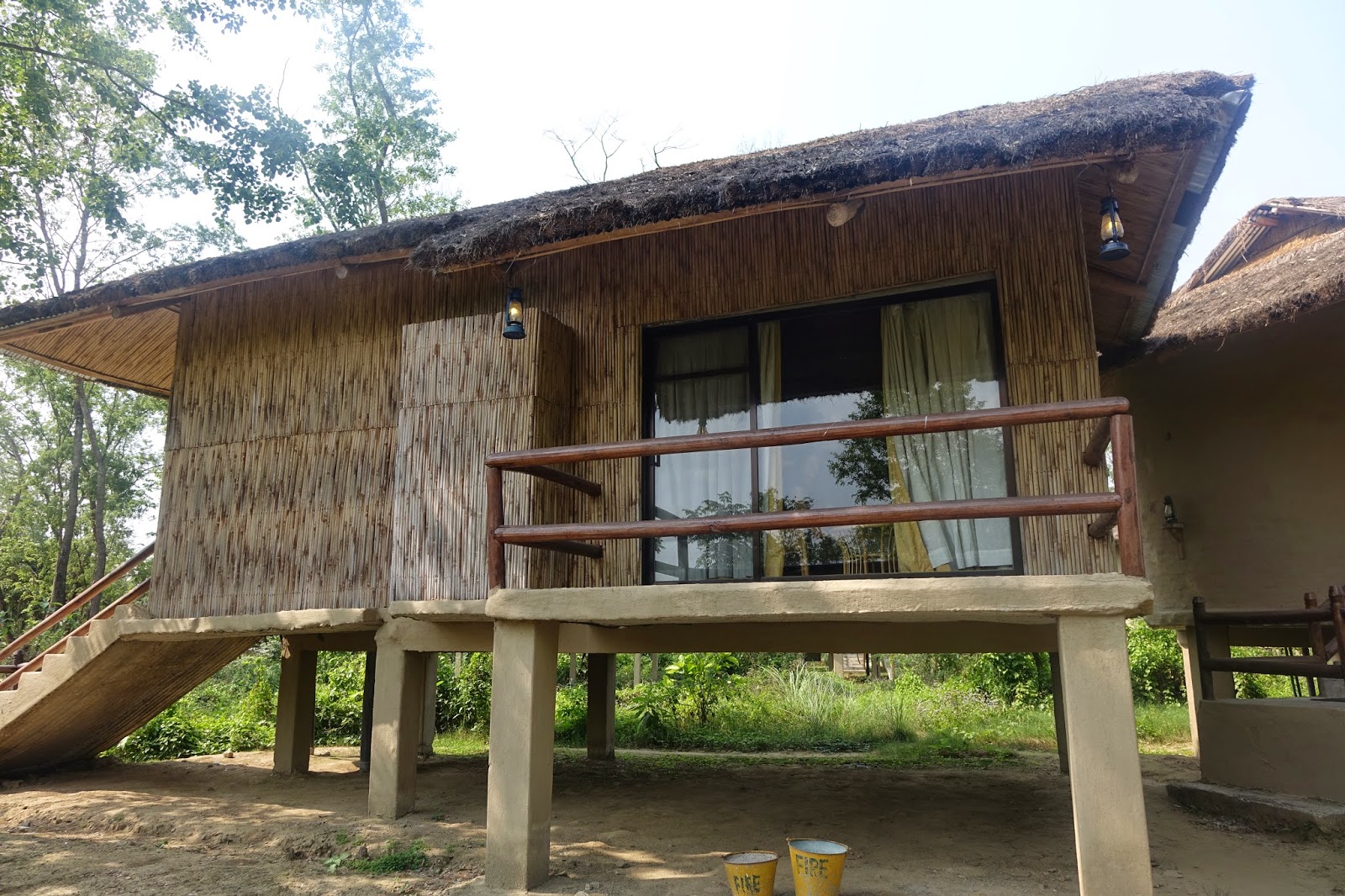