Neither body aches suffered from the bird safari the day before, nor the bleak weather forecast deterred me from going ahead with the day’s plan of kayaking Lake Rotoiti, a lake in the Bay of Plenty region of New Zealand. It is the northwestern most in a chain of lakes formed within the Okataina caldera and close to Lake Rotorua, its more famous neighbor.

We traveled from Tauranga for one hour and thirty minutes to Lake Rotoiti.  We passed kiwi plantations along the road and saw lush vegetation as we approached the lake. The menacing clouds never left our sight. Knowing that it was going to rain, I did not bring my SLR camera, but I had my iPhone secured in my pocket. Before gearing up and while our guide tried to get the kayaks ready, I took photos of the tall trees with pink colored leaves and the swans prancing in the water.  The air was cool and had a fragrant smell emanating from the pink trees, not the smell of rotten eggs that Rotorua is known for. With the hallucinogenic scent of the trees, I could imagine myself staying there for a long time, alone, and watch the swans pick at each other and perform a water ballet. 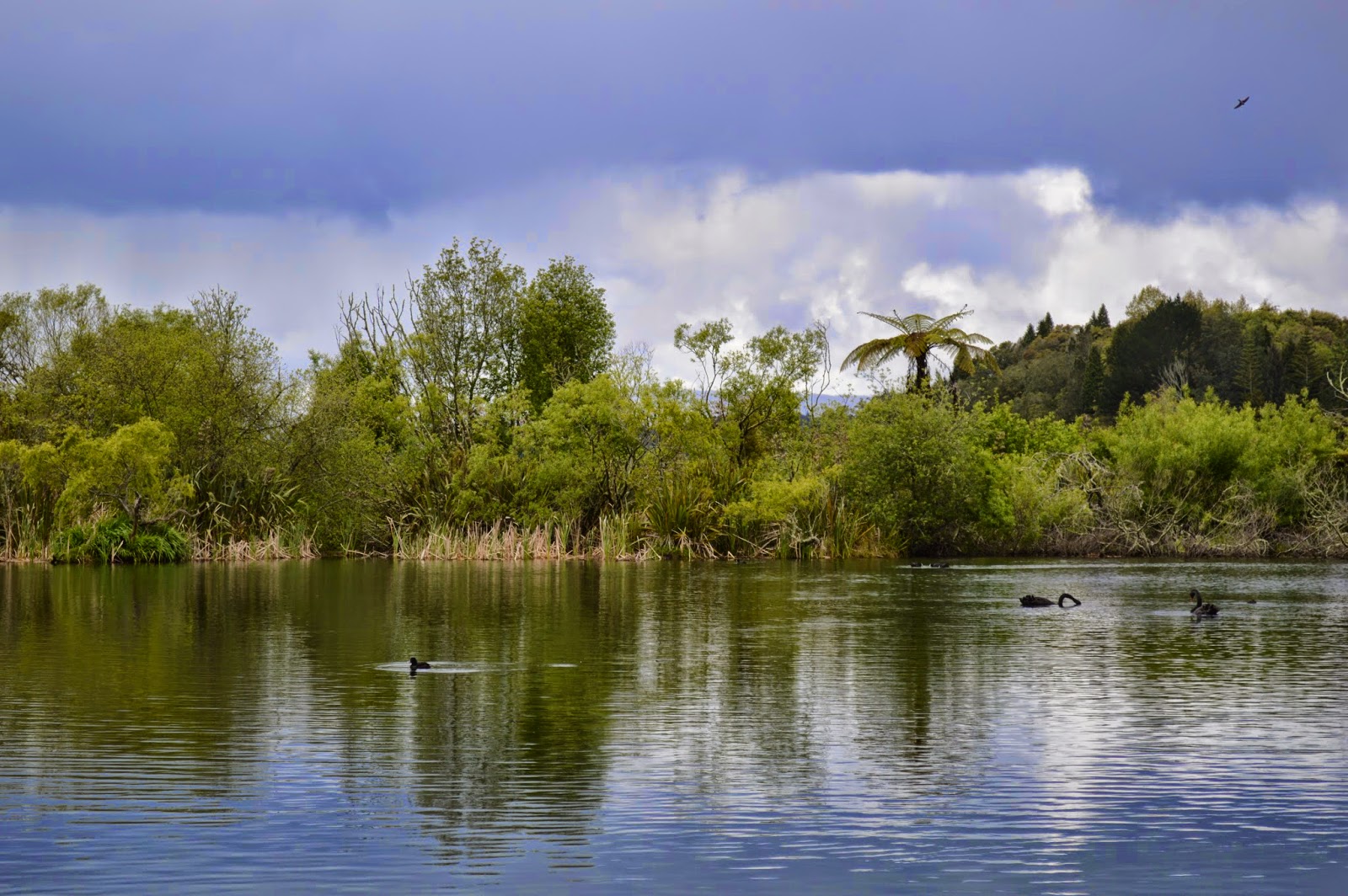 As we set out to kayak, I noticed the dark water. Understandably, it was from the reflection of the dark clouds and the vegetation nearby. I learned later that the water coloration was due to the composition of cold-water runoff from the surrounding farms and nitrogen rich and warm water from Lake Rotorua. As soon as we left the sort of lagoon area, the water became pristine.

We passed picturesque scenery of trees from the tiny island in the middle of the lake, and smoke coming from geothermal springs from the surrounding hills/mountains, but sadly, I could not capture the scenery for my iPhone was stuck inside the sealed kayak. I paddled until our guide told me to go near the water’s edge. Imagine my surprise when our guide announced that I had been paddling for five kilometers for my previous activity should have prevented me from kayaking. I guess the smooth and pristine water had a calming effect that I had forgotten about my aches and pains. We were heading towards the glow worm cave.

I was fascinated when our guide left his kayak and waded through the shallow lake and directed us (five kayaks) to go inside the cave one kayak at a time. Holding on to a rope, my kayak glided through the silent darkness of a very narrow cave. From a physical sense, I could describe that the incandescent light from the tiny glowworms was a magical sight. However, the overall experience is hard to describe. It made me think about my own mortality. No, I did not feel as if I died and gone to heaven, but it felt as if I was buried under six feet of darkness lighted by incandescent light; it was surreal. 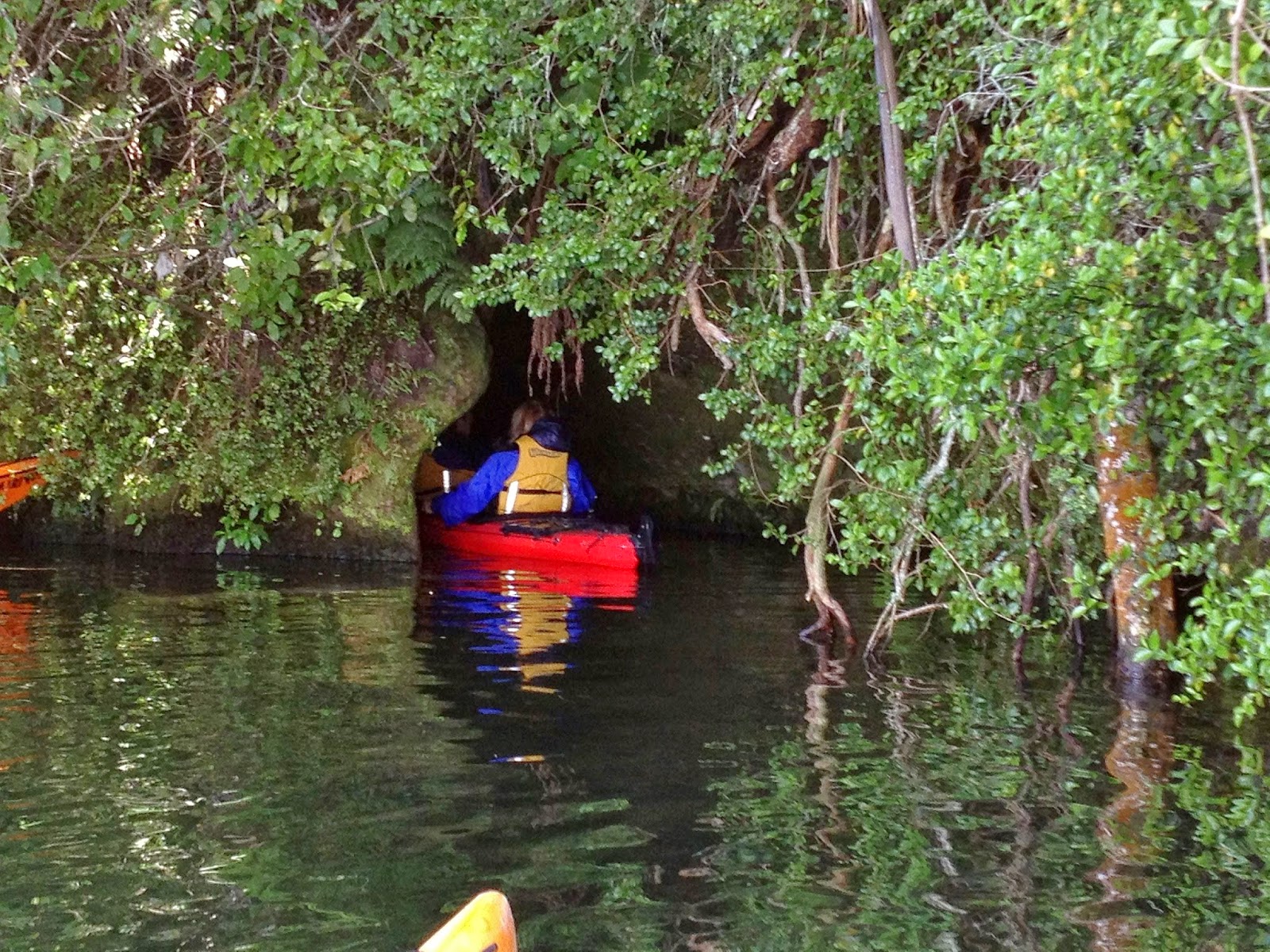 Encouraged to learn that I had already paddled five kilometers at that point and without feeling any pain, I continued to paddle towards the opposite end of the cave where we were to have lunch and relax in the geothermal springs. As if by design, a light shower of rain fell as I soaked my body in one of the warm pools built over the geothermal springs at the edge of the lake, under the shade of an ancient tree. It was exhilarating. While the whole scenery invited me to become playful and dip my feet into the lake’s cold water after soaking them into the warm pools, the atmosphere was so meditative. I felt compelled to contemplate on the scenery around me – the pristine water, the calm lake and the smoke coming from geothermal springs of the surrounding hills and mountains. 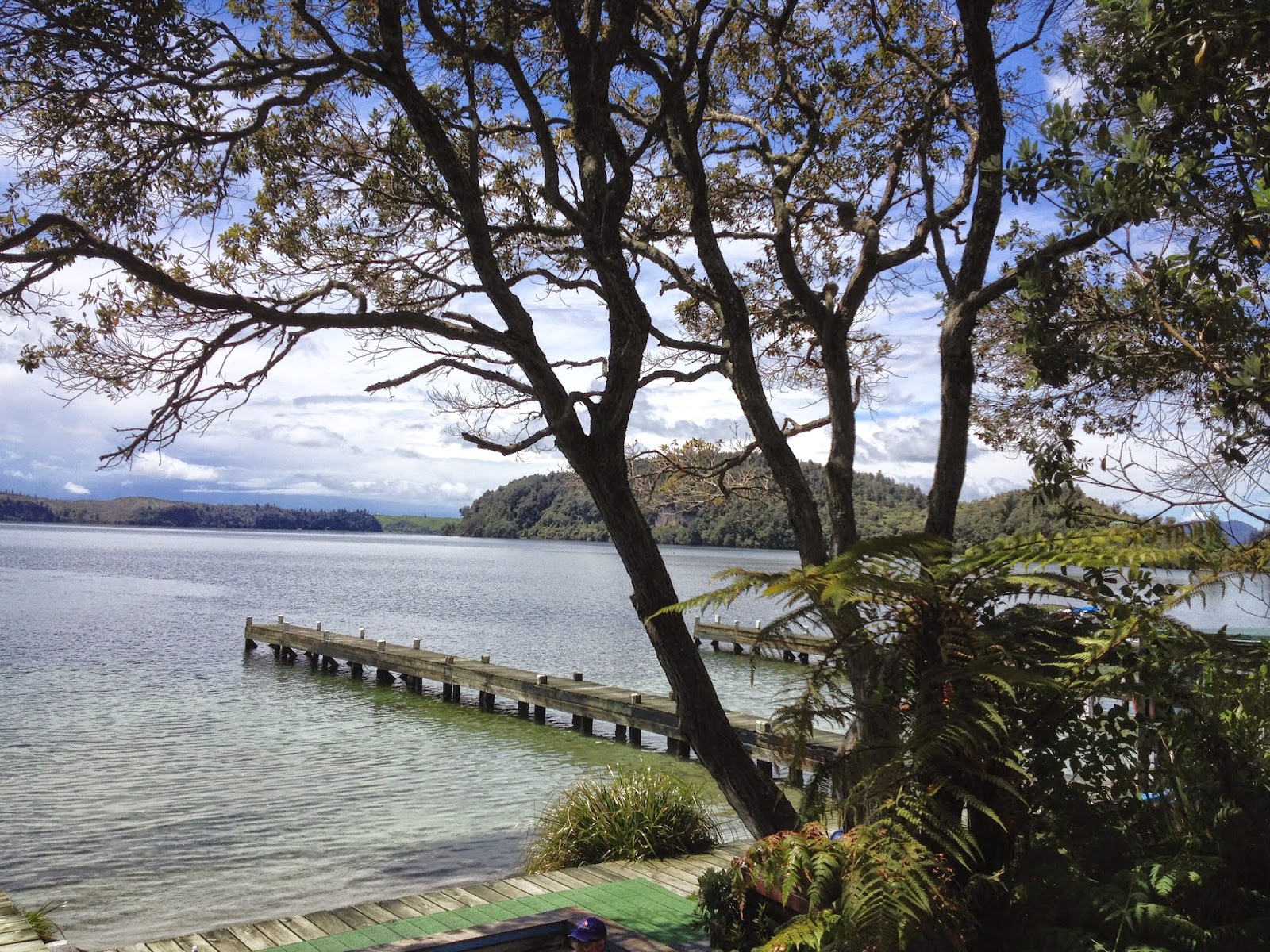 A glimmer of sunlight appeared between the dark clouds as we left the geothermal spring. Surprisingly, the dark clouds remained suspended in the air until we returned to Tauranga. While the short trip to the glowworm cave made me appreciate the earth above the ground even more - scenery that I may never see again - the unpredictable weather in New Zealand taught me a lesson on what to pack when traveling in not only New Zealand, but also anywhere else in the world.