Kata-Tjuta National Park: Walking the Valley of the Winds

I thought I would be happy just photographing the landscape: The large rock dome formations, the symmetrical desert oaks (kurkara) and grass that dot the red soil, and the play of light in the clouds. I had no intention of hiking under a 32-degree celsius desert heat, but the tour that we signed-up for included walking the Valley of the Winds in Kata-Tjuta. We were visiting Kata-Tjuta (also known as Mount Olgas) a group of large dome rock formations in the southern part of the Northern Territory in Central Australia. It is part of the Uluru Kata-Tjuta National Park, a world heritage site. 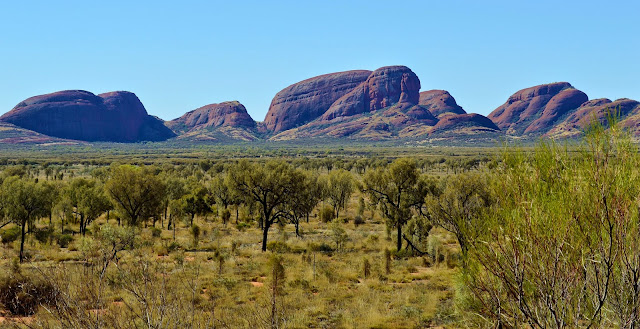 After taking photos of the incredible landscape, we proceeded to the car park where we were to set off on our 2.8 kilometers walk or two-hour plus walk. (Just two hours and 2.8 kilometers, you say). This place would keep you on your toes and should never be underestimated. The undulating trail is uneven and consists of small hard rocks and pebbles. In addition, I had to contend with the presence of persistent flies. I was amused at seeing some hikers with fly nets over their heads. The open space of red soil and small rocks in between the rock domes reflecting the sun added to the almost unbearable heat.  I was ready to give up and return to the car park on few occasions, yet the power of the rock domes hold over me that push me forward if only to have a glimpse of what lies ahead. 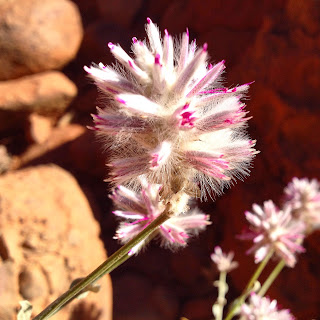 The trail continued further up. Not called the 'Valley of the Winds' for no reason, I heard the wind rustling through the branches of desert oaks and open space. I forced myself not to give up. I pursued to feed my curiosity. I started taking pictures of the wild flowers and beautiful rock formations and started listening to the wild birds. I could not believe how plants and birds survived in such a harsh environment. Yet, its beauty moved and tantalized me to “GO and SEE” what secret lay out there for me to discover.  Eventually brought back from its grasp, I reached the end of the trail (the second lookout) with the sign, "DO NOT PROCEED BEYOND THIS POINT. High above the valley there was a narrow gap in the rocks forming a “V” shape that stretched beyond it.  The V shape become a symbol of victory for me for reaching that point. 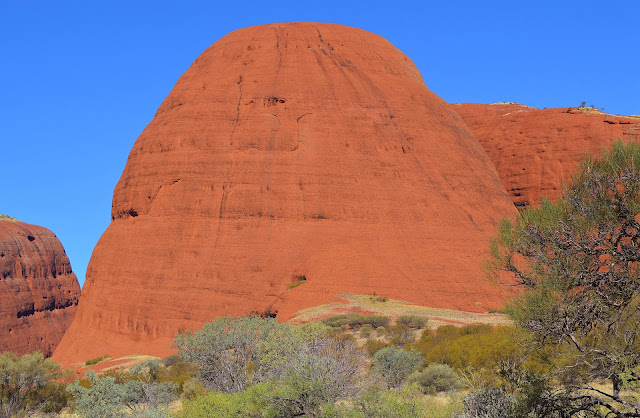 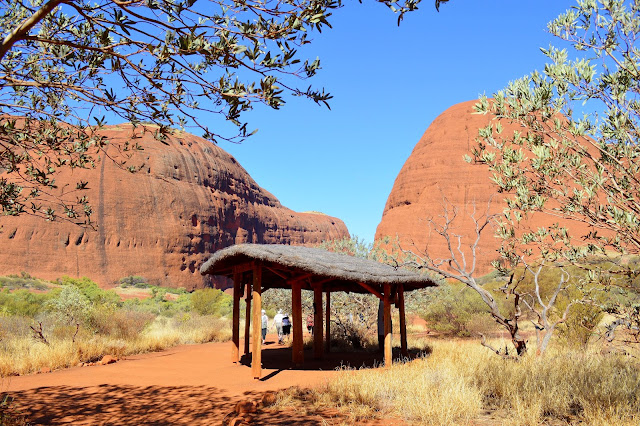 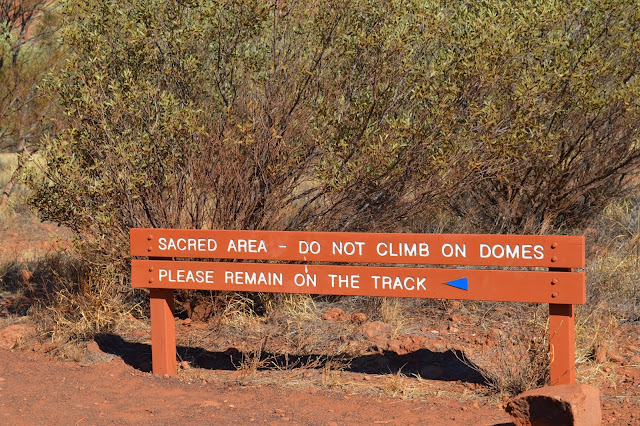 #4.  Some walkers wear fly nets over their head or face. 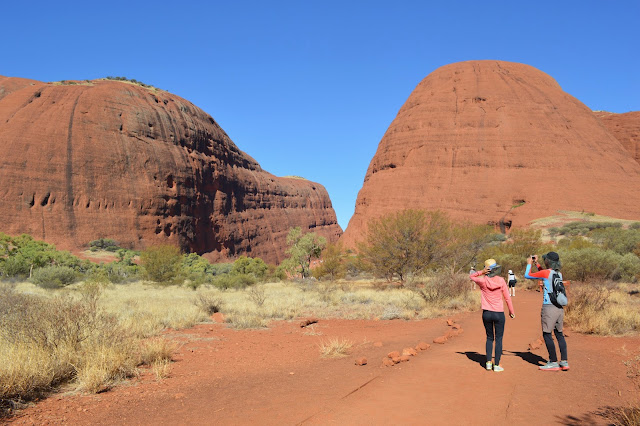 #5.  Posing on the rocky trail 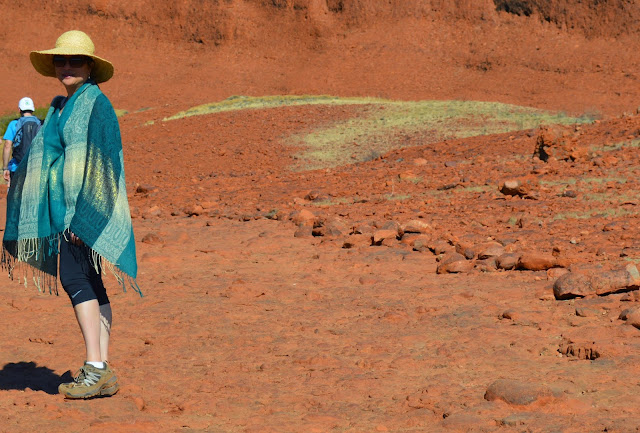 #6.  And more rocks and desert grass. 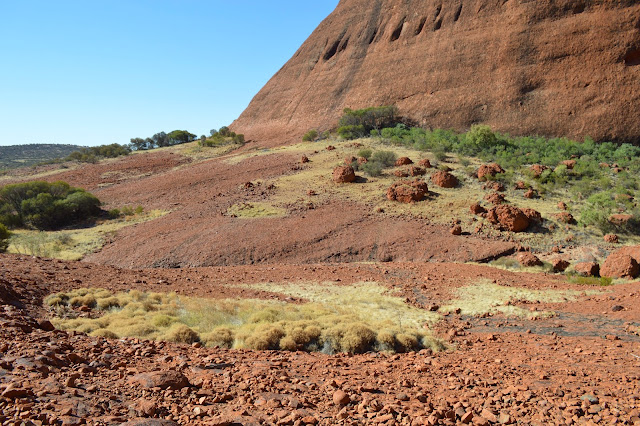 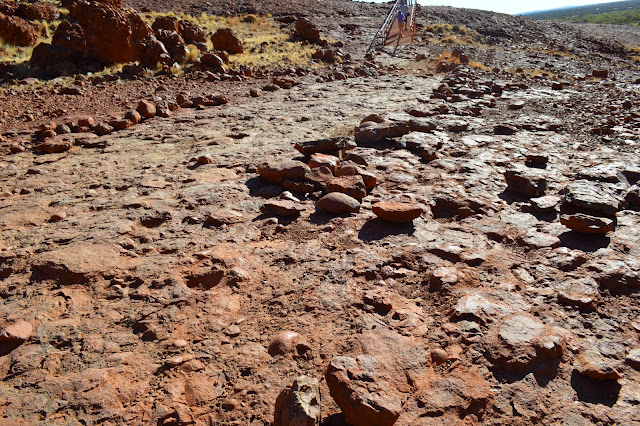 #8. And a few bridges in between undulating trail 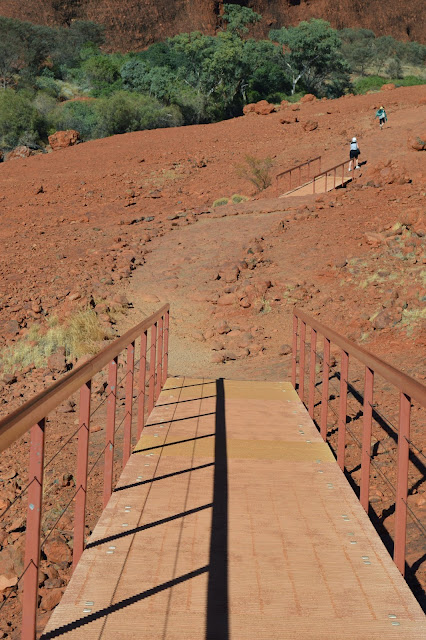 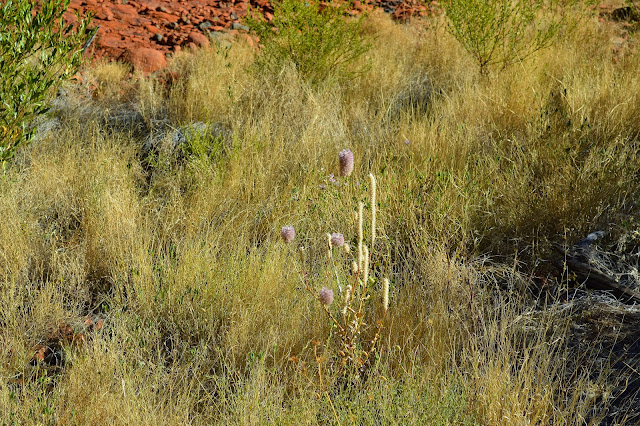 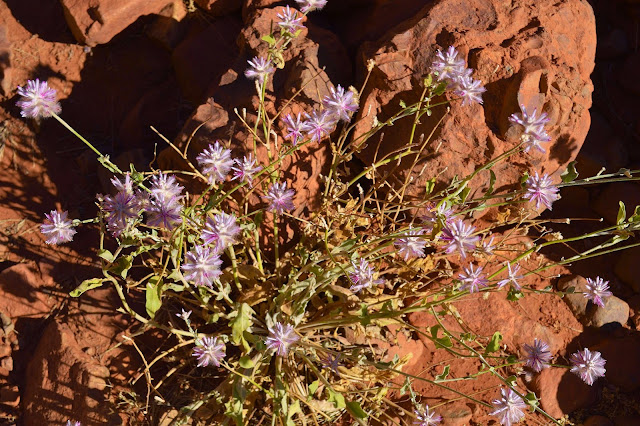 #11. Finally, the end of the trail high above the valley with a narrow gap in the rocks forming a “V” shape that stretches beyond it. No one is allowed to go beyond this point. 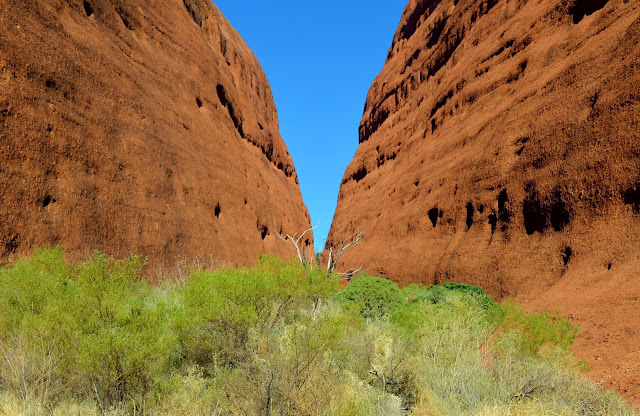 NOTE: All photos by the author.