Safari
It was only a bird safari! I had assumed I knew the drill, but I was wrong; I underestimated it. I went back to read the warning printed on the ticket: “Not recommended for people with back problems.” I don’t have a back problem, but I sure did suffer a sore back after the safari. But all the trouble on how we got there was well worth it.

We traveled the Hawke's Bay coast to Cape Kidnappers Station where we found one of the two largest gannet bird colonies in the world. Leaving the coastline, we drove out onto overland. With a very clean white vehicle driving through a very narrow well-kept road, it seemed we were heading onto a Disney World safari, but the scenery was no doubt New Zealand, very green. It possessed a feeling of space and tranquility. Our driver/guide told us that we were traversing on a private property purchased by an American who built a lodge and a golf course there. We drove along what seemed to be riverbeds (it was dry at the time, but according to our guide, the water flows from the gorge during the rainy season, leaving a river track). I spotted a couple of very colorful birds; they were pheasants according to our guide.  After miles of driving through vast green rolling hills and forest, and breathtaking inclines and winding roads, we reached a plateau where we found the golf course and the lodge high above the surrounding hilltop reaching for the blue sky.

Our driver turned onto a hard pack dirt road to show us old farmhouses. The road narrowed and turned into a loose gravel road between green rolling hills that yielded into grazing fields dotted with sheep, lambs and cows.  The drive continued through inclines that snaked through the vast rolling hills and bounced through deep trenches and plunging ravines.  And a white-knuckle ride it was.

We stopped at a cliff top with panoramic views of Hawke’s Bay and the stunning geological formation of the cliffs. However, the weather in New Zealand could change in minutes or hours; the dark clouds and strong winds forced us to return to the vehicle.

As we neared the summit, the clouds parted to offer a glimpse of blue seas and a bird colony down below. But it was just a glimpse of another bird colony in the area. I learned later that it was one of the other two bird colonies by the beach area, which are closed to public access. Our destination was the gannet colony at the brink of the cliff edge (said to be 100 meters above the ocean), where we were very close to the birds that you could almost touch them. Of course, there were strict regulations about being in close contact with the wildlife. The colony is managed by the Department of Conservation and is run by volunteers to protect the gannet-nesting site. There were information posted like the type of gannet (Australasian) that was there, and about their body language and breeding.

The sight and sound was a videographer’s dream. I’m not a photographer but I went crazy with my camera and tried to fight the wind to get a steady video footage, but it was just not possible. The wind was fierce and it was very cold. Nevertheless, there were moments of pure magic watching the birds play, their body language and just the spectacular scenery of the gathering of birds that you could not find in a zoo. If anything could be the complete opposite of my expectations of a bird safari then this was it. It had been an exhilarating experience that gave me a moment of heightened awareness and more respect for nature. 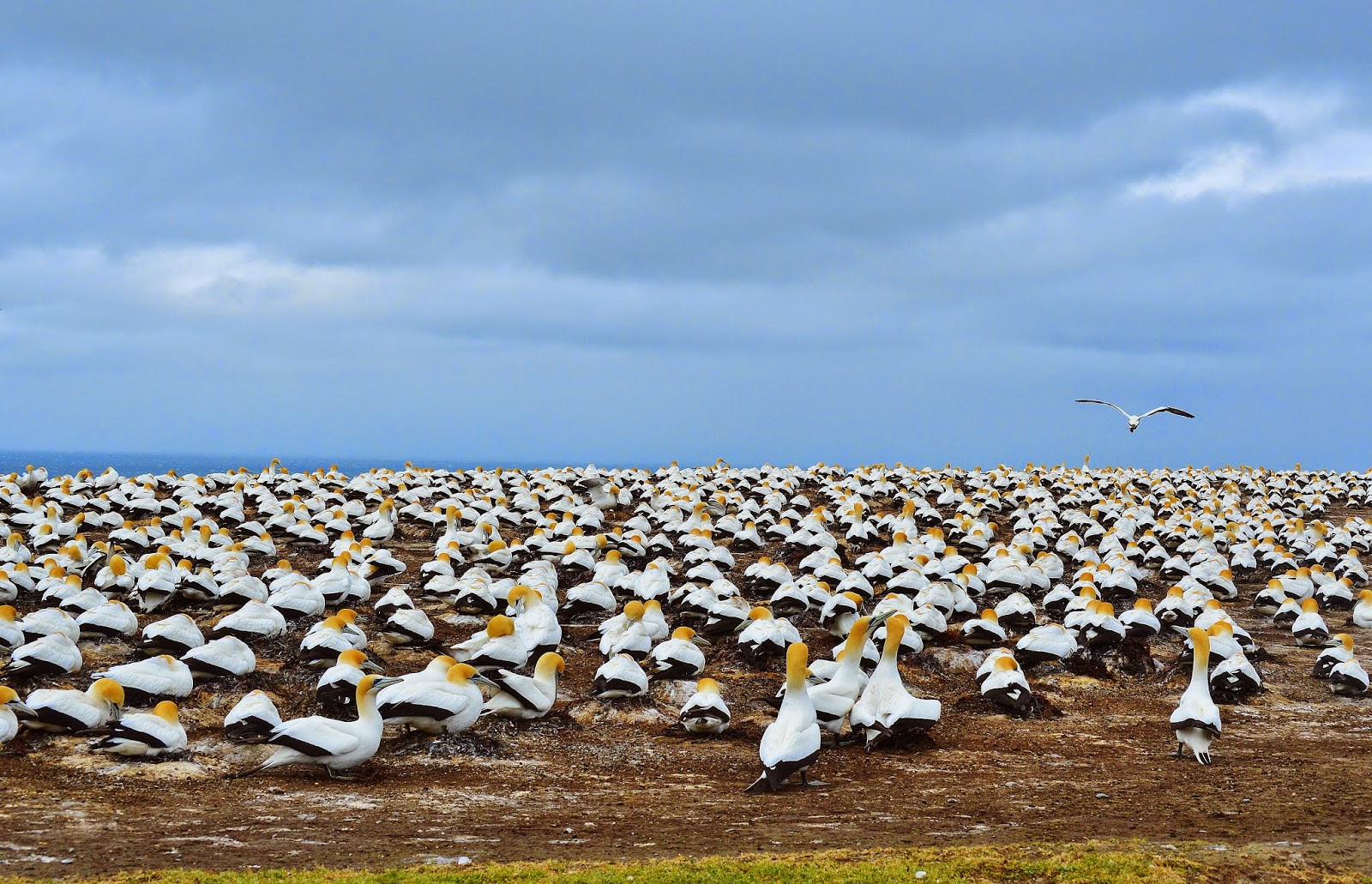 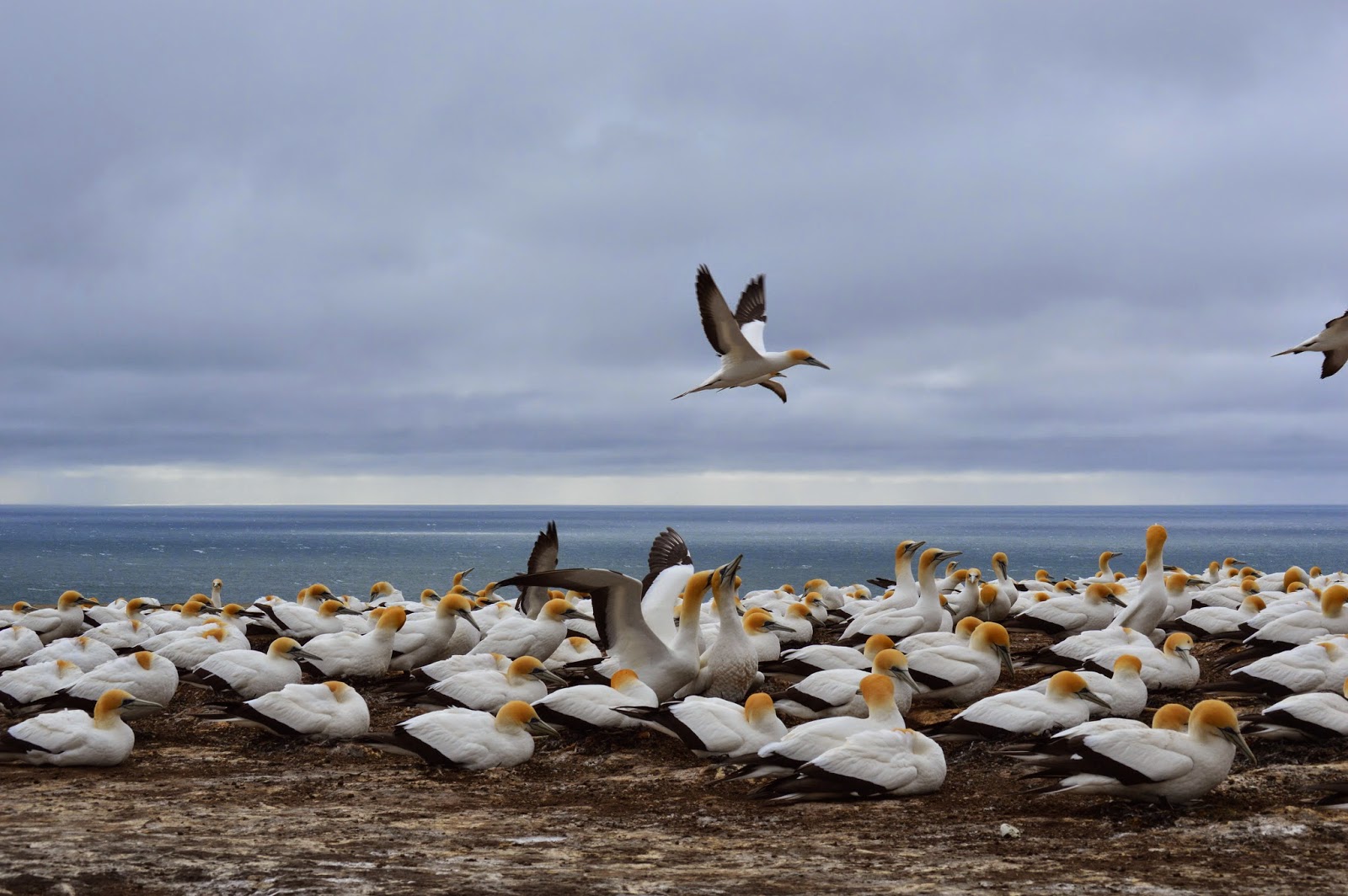 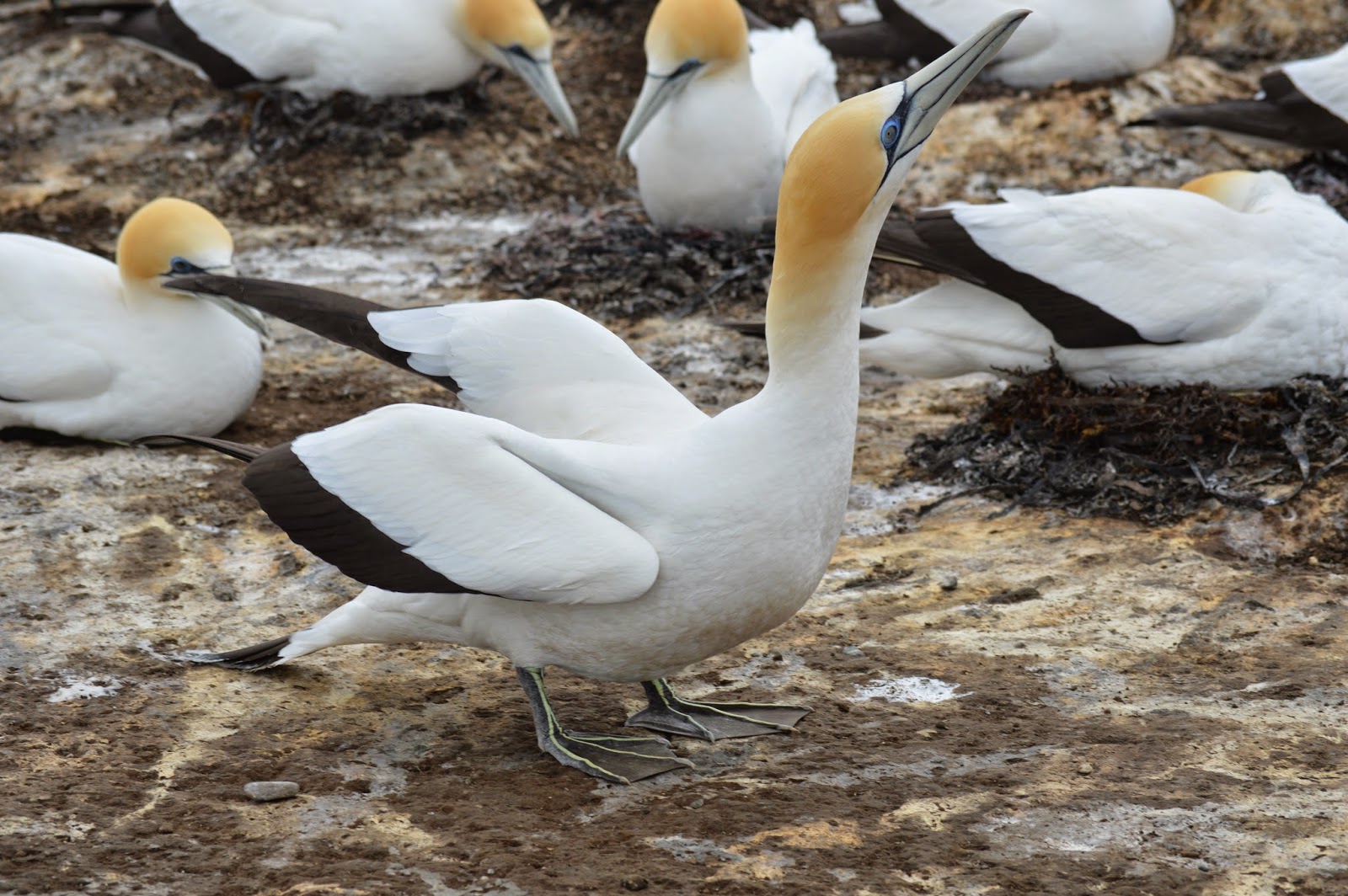 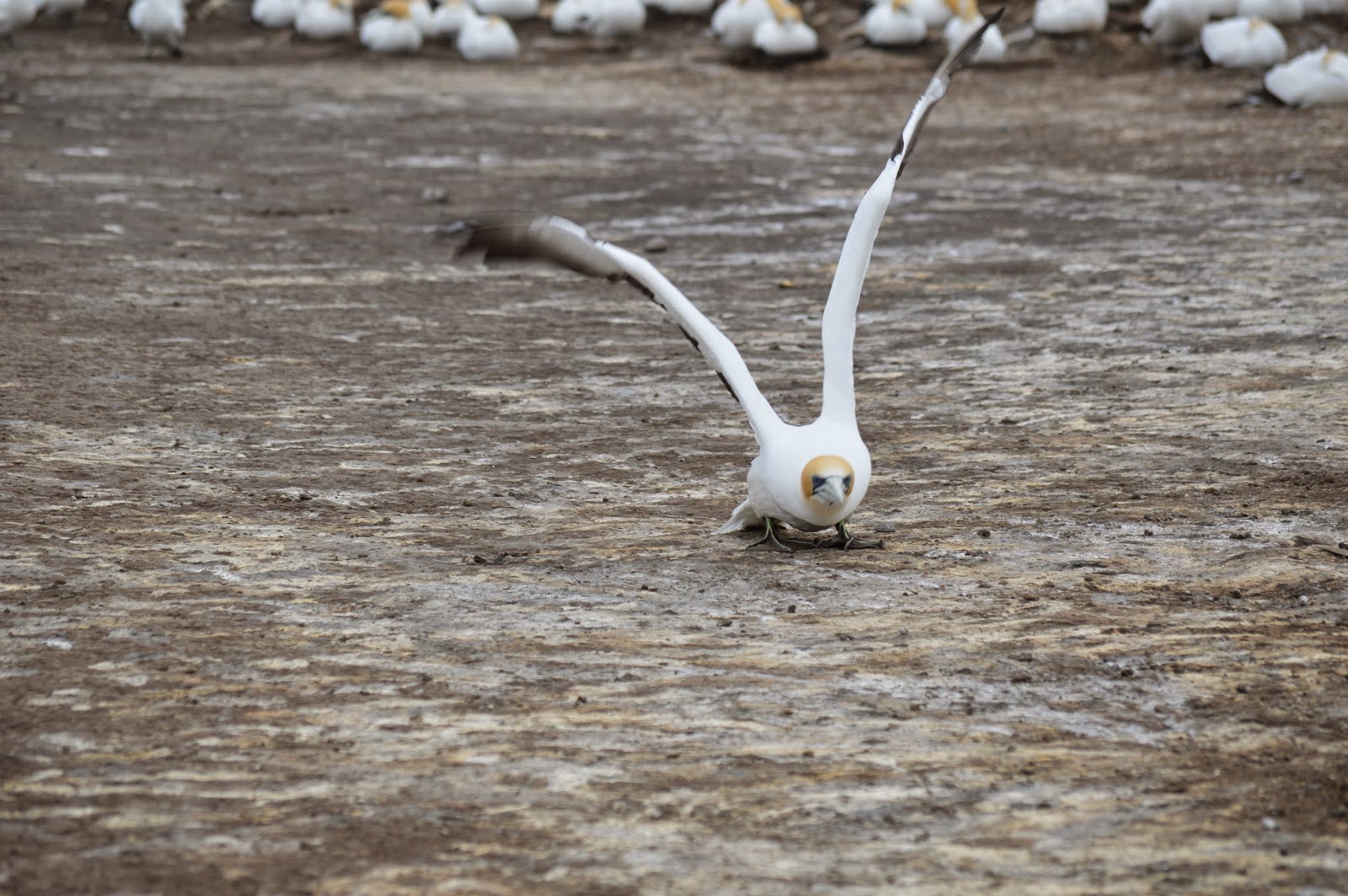 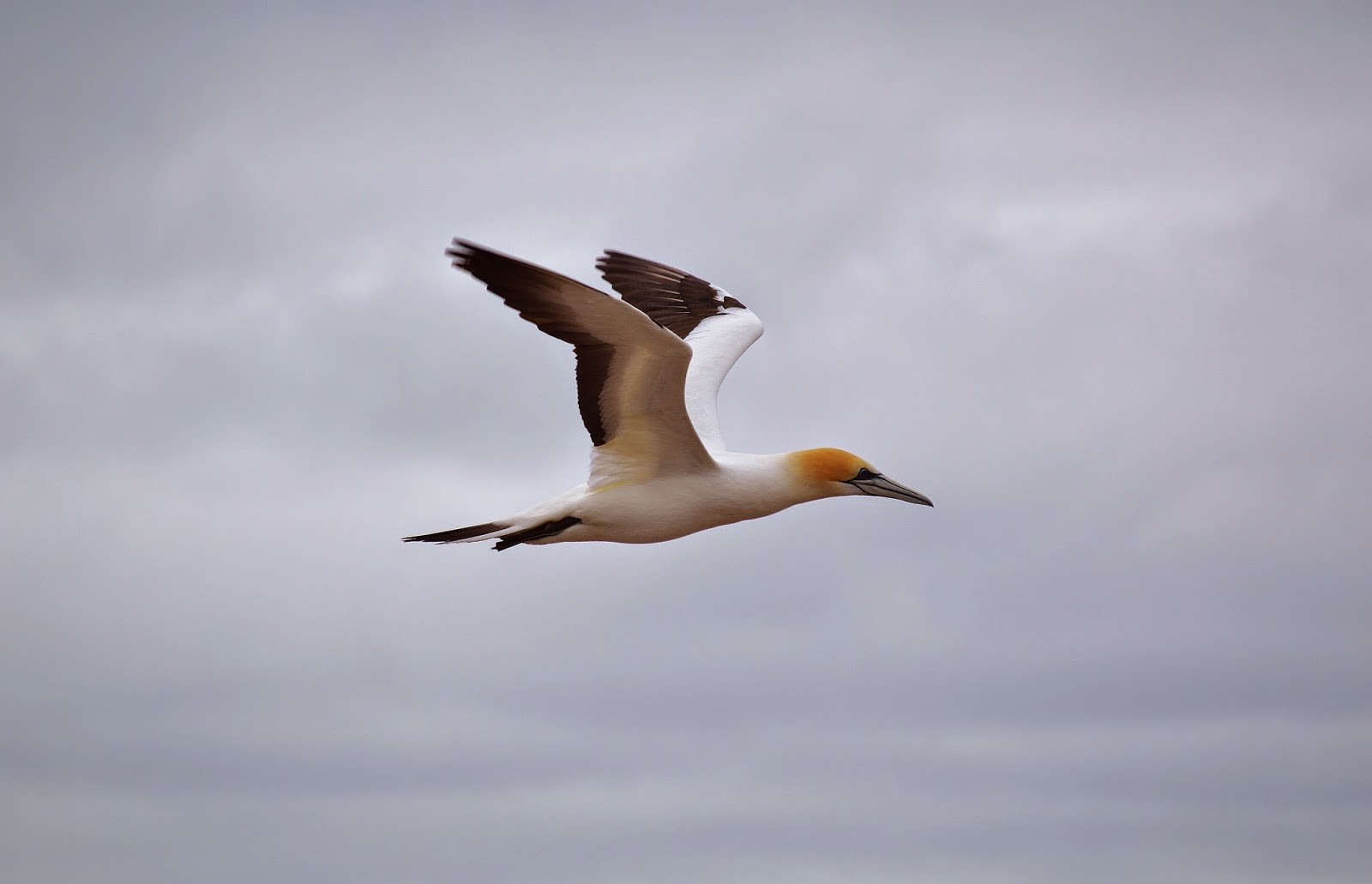 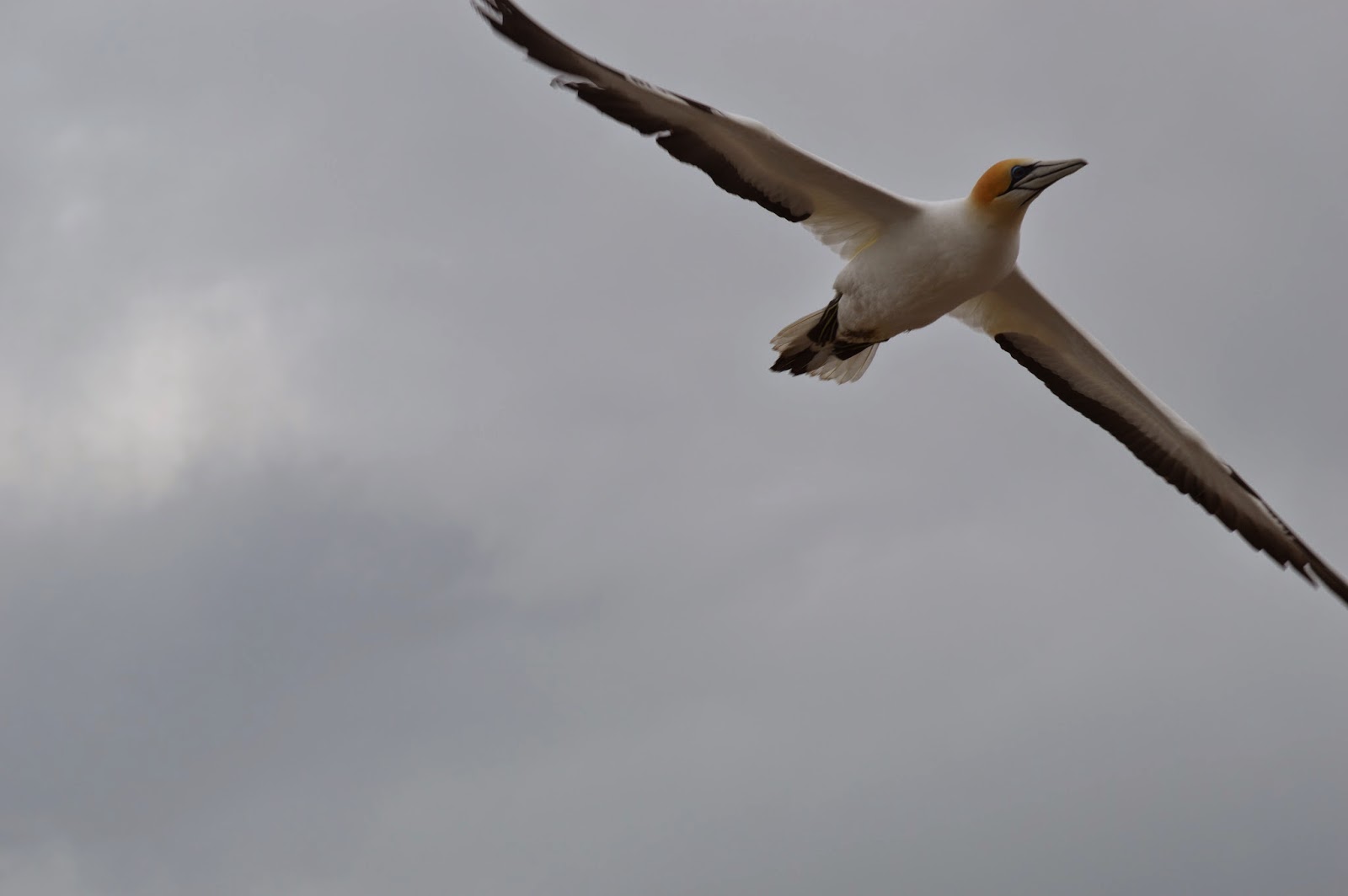