- July 07, 2014
I had to improvise a headdress from a yellow bandana to put under my gray Calvin Klein hat. It was a fashion paux pas  but I had to cover the back of my neck. It was hot, I was sweating bullets. We just entered the Siq at Petra, a UNESCO World Heritage Site in Jordan, famous for its rock-cut architecture.

Our first stop was in front of the small intricately carved openings in the rock face: Carved into the sandstone hill by the Nabataeans in the second century A.D., the structure that started as a temple may have been used as a church or monastery in the later centuries. Our guide's explanation about the place was interrupted by the hooves of horses as they pulled carriages carrying tourists who were unable to walk along the rock-walled alley.    Meanwhile, a fellow tourist told me that we were seeing the opening scene from the movie 'Indiana Jones and the Last Crusade'. Thank God, I had not seen the movie or it would have clouded my impression of an amazing site.

We walked slowly at the bottom of a narrow and steep-sided gorge.  The rocks opened like theatrical curtains, one after another.  I was so in awe of the gorge walls that rise to dizzying heights, layered in a strata of salmon color and occasionally seeing a crack of blueness, where the walls end and the skies begin.  I had no idea that we would walk for miles between naturally carved walls before winding our way towards The Treasury of Petra (See picture #8). I walked behind everybody to take lots of pictures that I missed our guide’s explanation about the place.  In retrospect, I may have missed our guide’s narration about the place, but I made my visit to Petra my own discovery.  The Nabateans may have originally built Petra, but I saw amazing sculptures to prove that nature is the world’s greatest sculptor. As a great work of art, it does not need any explanations.

#1.  Carved into the sandstone hill by the Nabataeans in the 2nd century A.D> 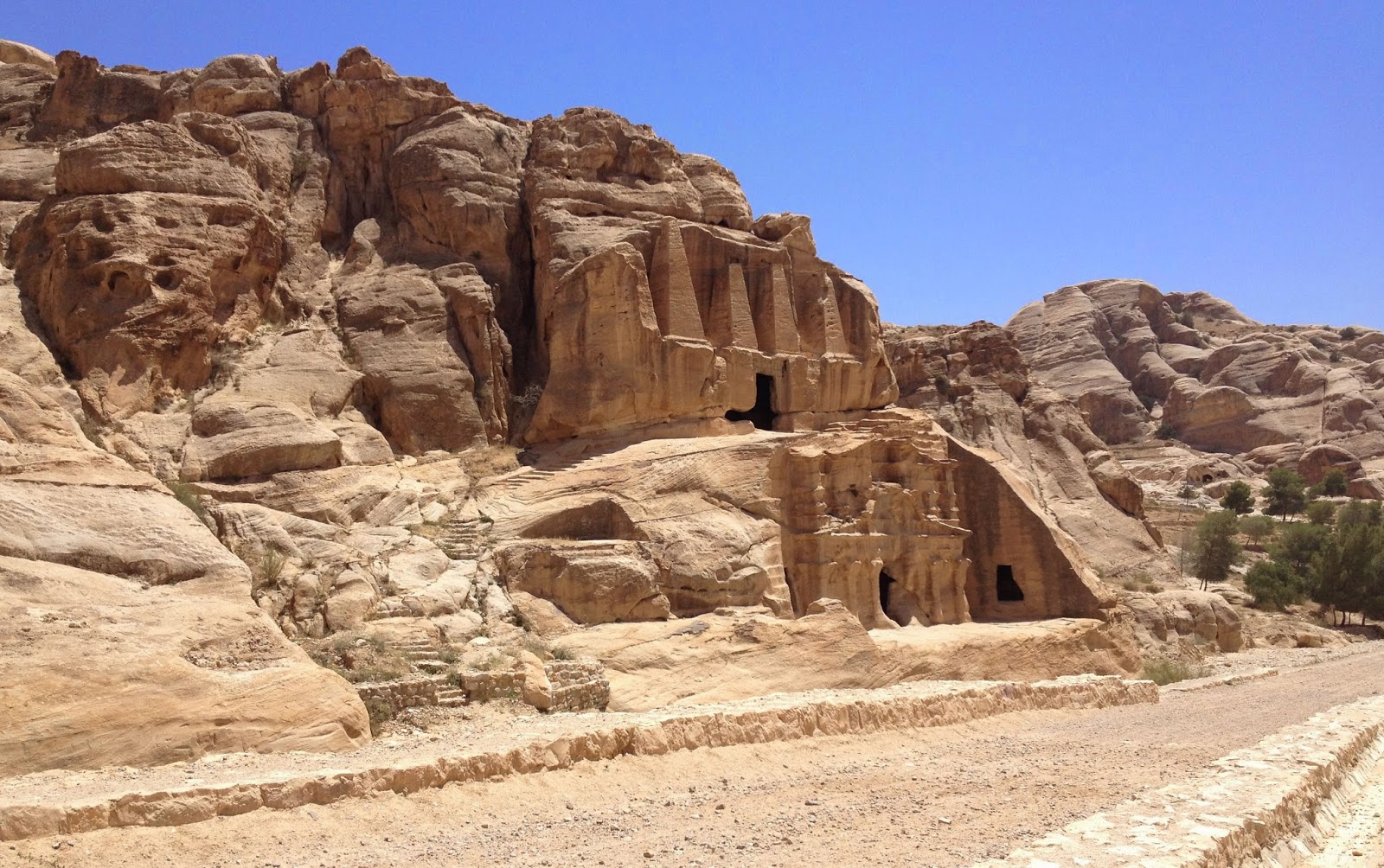 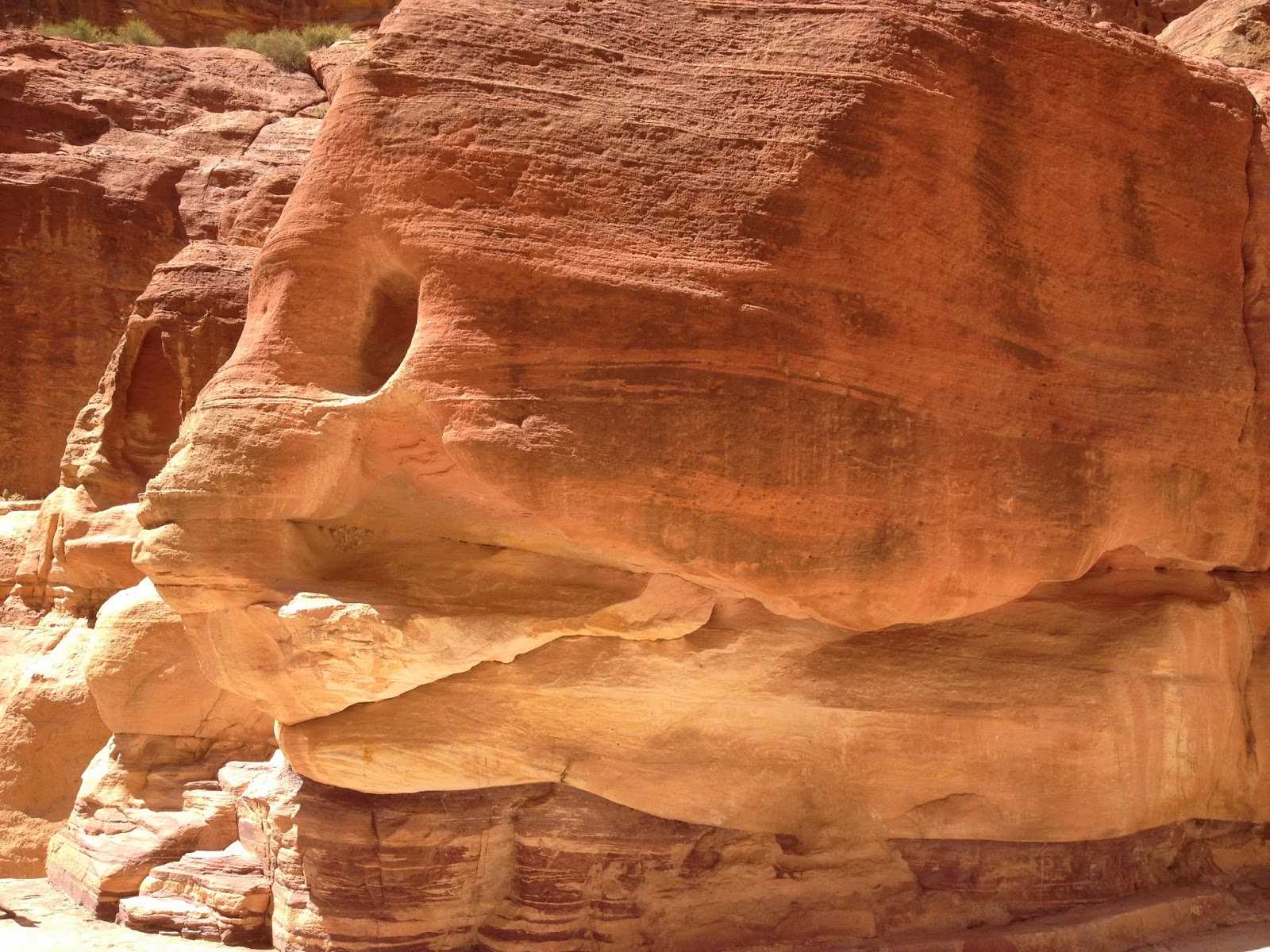 #8. The Treasury (Al-Khazneh), the first thing we saw after emerging from the one mile-long walk. 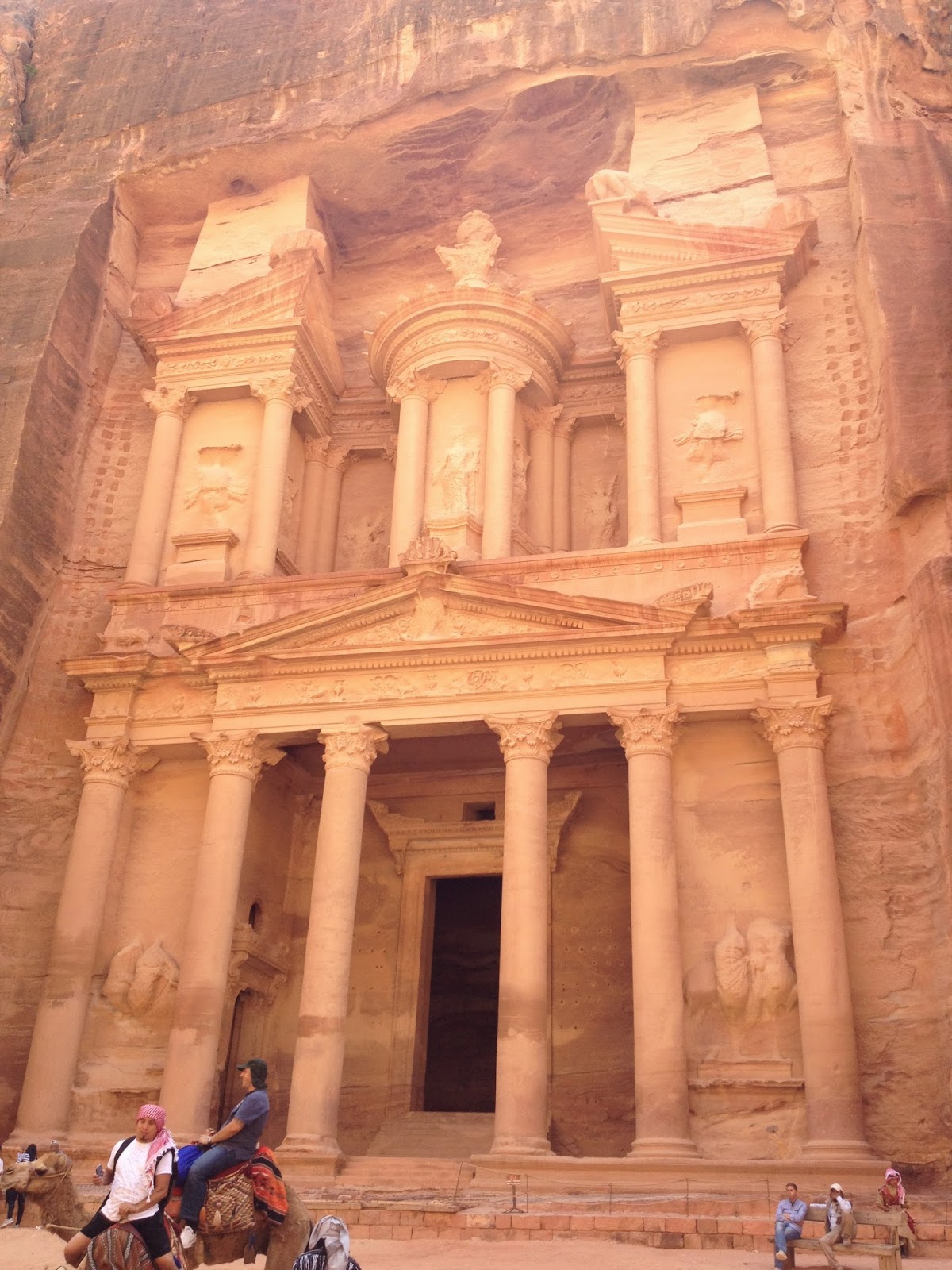 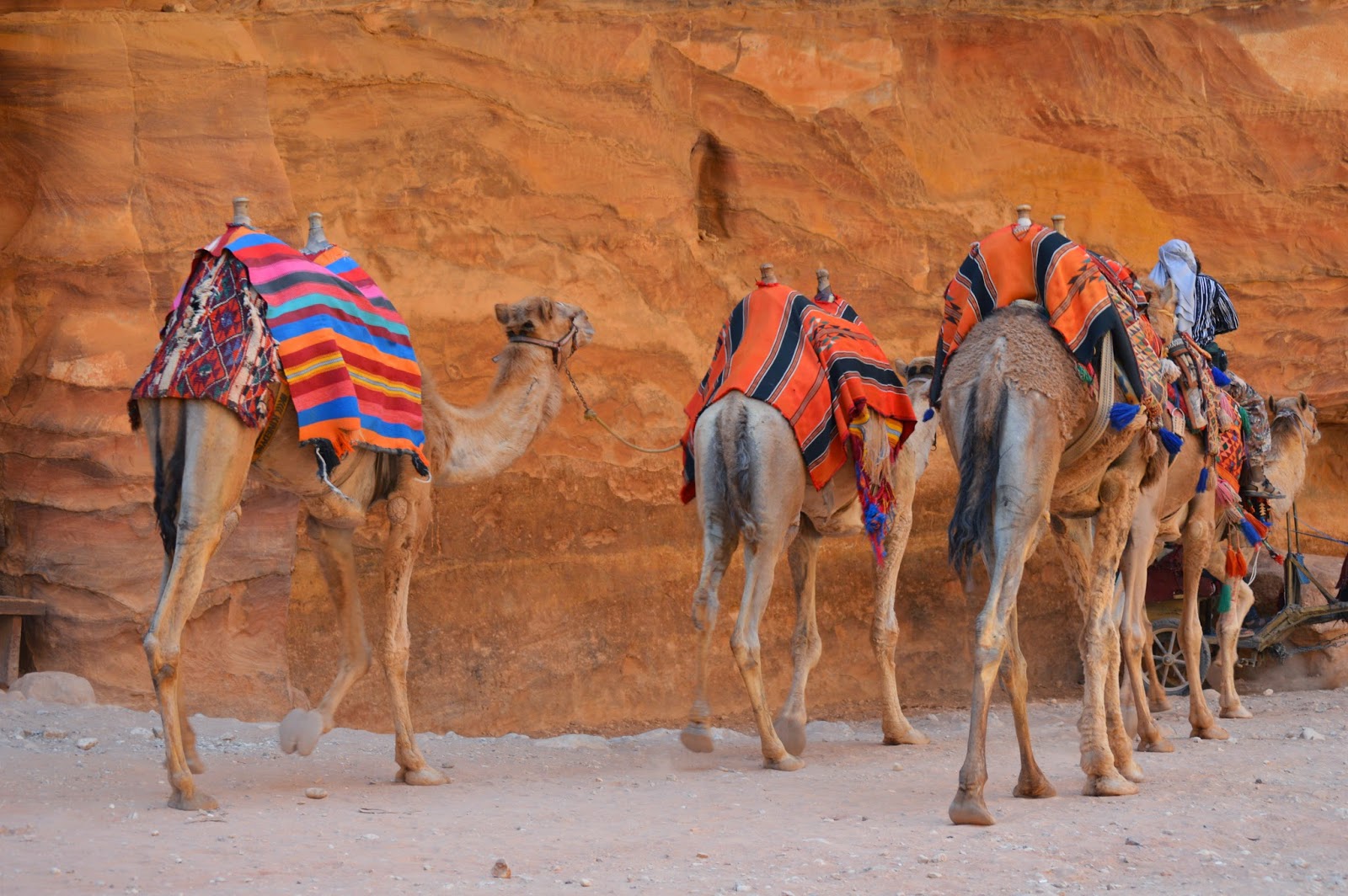 NOTE:  All photos by the author
Jordan Petra UNESCO WHC