Pamukkale: Walk of a Lifetime

Pamukkale:  Walk of a Lifetime

I did not set my expectations too high from the place we were about to visit; described in our itinerary as “Necropolis and the ancient city of Hierapolis (Holy City) atop the Pamukkale hot springs, which together constitute a World Heritage Site,” I imagined that we would see more ruins. I admit I yawned at the presence of the gods, rather the remnants of the statues of gods and goddesses in the ruins we visited earlier on this road trip. Not that I was not that interested in great art and culture, but I found as much culture in Instagramming a photo of a landscape, and more into adventure travel. So imagine my delight when our guide suddenly announced that we should be able to bathe in the ancient Roman pools, walk for an hour and hike uphill.

I never heard of Pamukkale before. Situated at the crossroads of ancient history and commerce, and archeological diversity of Hierapolis (religious buildings and temples, baths, fountain, agora, gates, theater and necropolis), Pamukkale is amazing natural phenomenon. From a distance, we saw what appeared to be a snow-covered hill. Approaching the site, it became apparent that the whitish substance was not snow, but mineral deposits (calcium carbonate) that gave the white color formations. Pamukkale literally translates to "Cotton Castle."

We first visited the gates (featuring the Gates of Hell), temples, and colonnaded streets of Hierapolis at the top of the hill. However, nothing prepared me for the visually spectacular view downward from the top: water cascading over a white travertine surface, forming layers of pools and terraces. The view was out of this world!
Like everyone else, I took my shoes off to walk on the white surface (it is only allowed to walk on the south part barefoot to prevent damage on the travertine). I slowly waded through the warm cascading waters, careful with my steps on the slippery surface before reaching the first pool, then on to the next pool to dip my legs in the pool. I then went by the walls to touch and feel the cascading waterfalls (the water is not visible over the white background). I walked/waded all the way down and went back up. The almost blinding natural beauty filled me with such a feeling of being alive that, in that moment, I told myself, “This maybe a short walk, but it's a walk of a lifetime awright!" 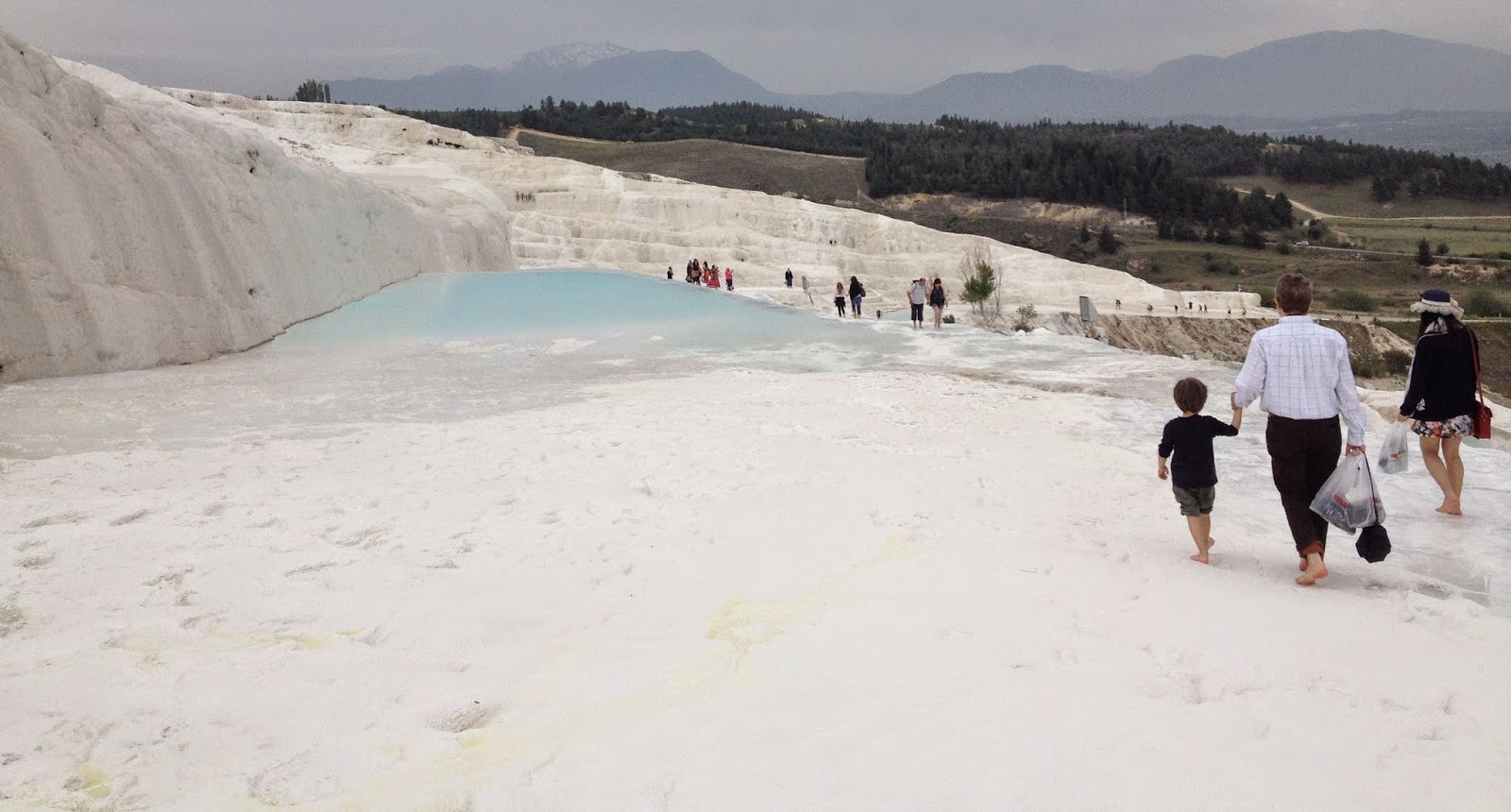 After walking 'The Cotton Castle," I went to check out the ancient Roman baths. Someone in our group hyped the place up by saying that the Roman spa was the most popular activity for tourists, and told me to expect more than a hundred people bathing in a small pool. As it turned out, the pools were spread out and I found less than five people sharing the bigger pool.

And the hike uphill that our guide mentioned earlier turned out to be a hike to see the Roman Theater, which was on the upper hill.

Back at the meeting point, I was surprised to see almost everyone in our group gathered to do the one-hour walk that our guide mentioned earlier. It would take an hour if you walked the main street, which was about a mile from the north to the south gate. Passing the Necropolis, we all walked to the North gate where we found our bus and driver waiting. 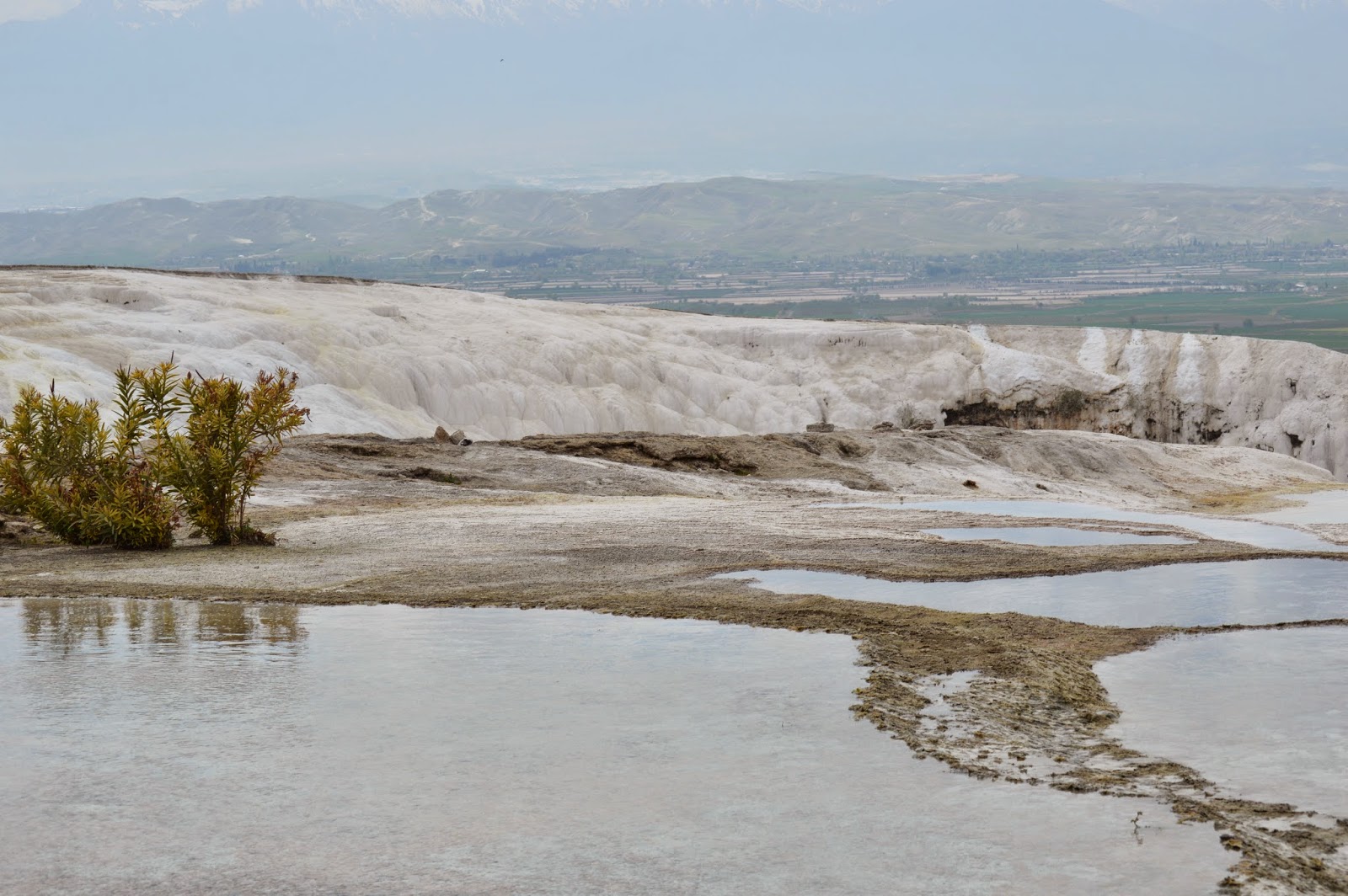 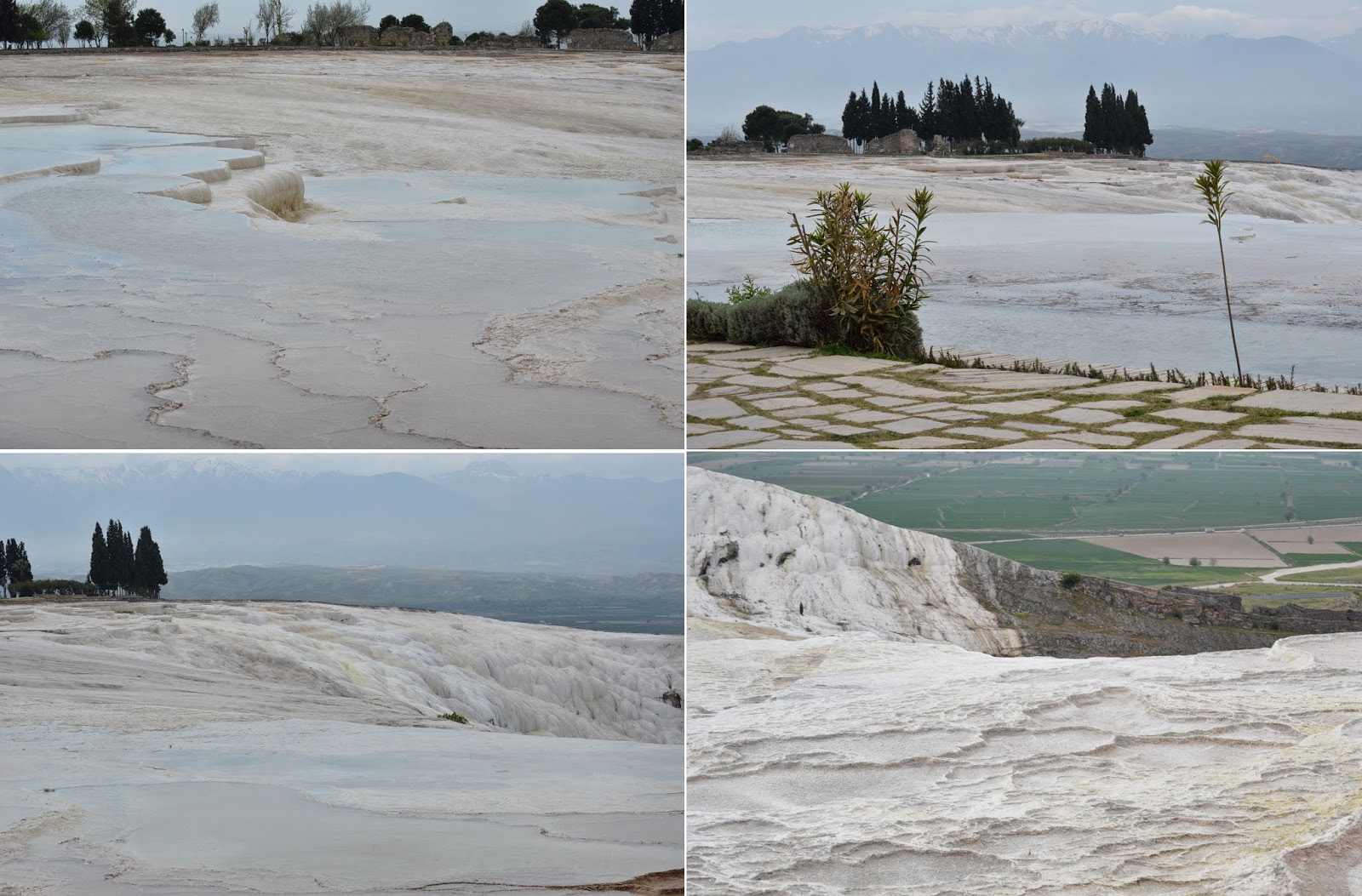