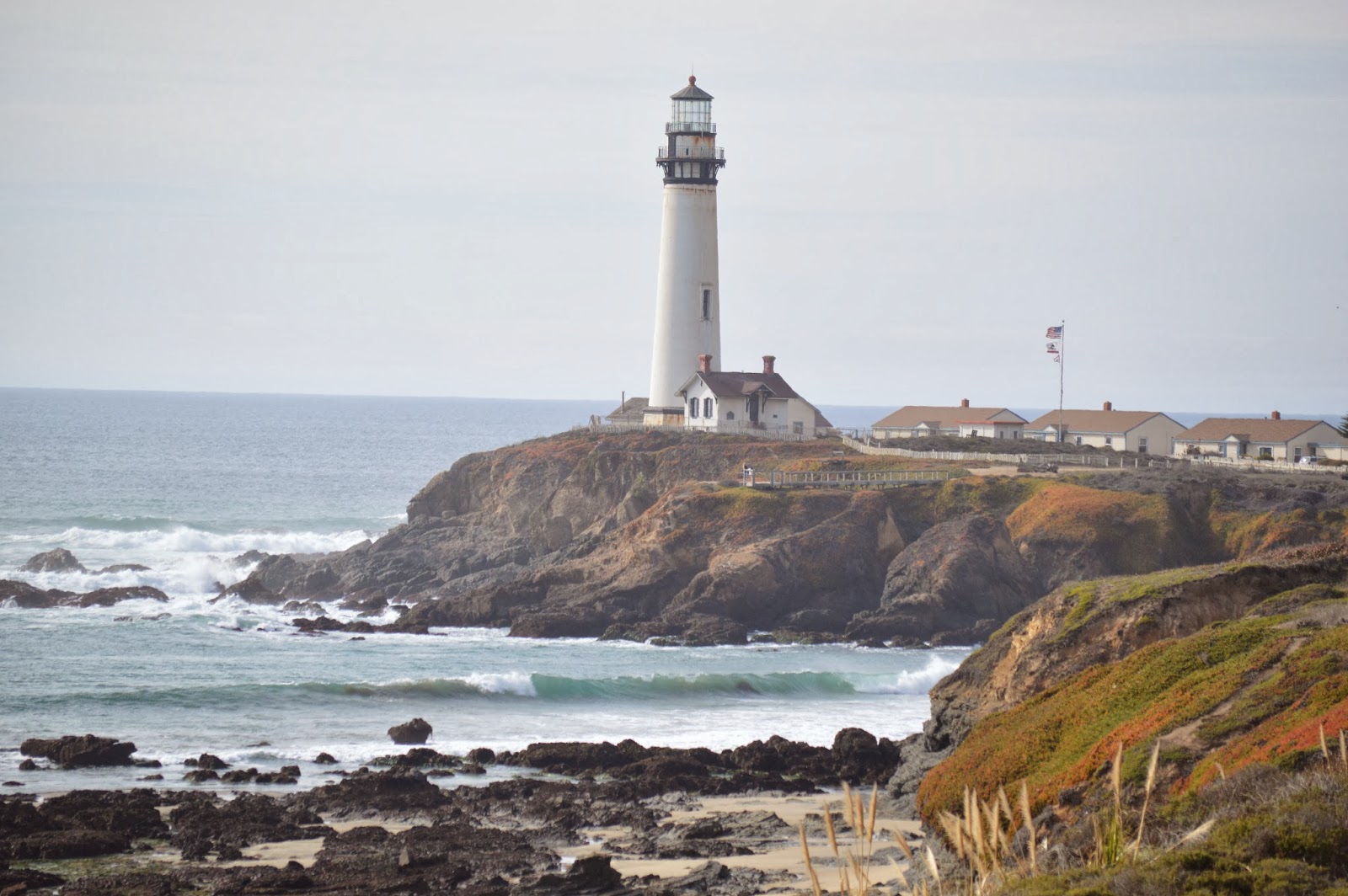 In my blog about the "Ano Nuevo Elephant Seal Experience," I mentioned "being distracted by the beautiful scenery" as an excuse for being late to the Elephant Seal Guided Walk. I was driving through California Highway 1 on my way to Ano Nuevo State Park, following the undulating road; my car was the only one on the road that crisp early morning. When I got to the hilly top of the road, I could not believe how beautiful the scenery looks. For a minute, I was captivated by the Pacific Ocean's bursting exuberance of brilliant blue and vibrant white whitecaps as the waves hit the black rocks. I had driven along the California Coastal Highway on many occasions, but this was the first time I’d been captivated by the color of the ocean. I remember thinking that maybe the focus on the many past drives along the coastal highway was to ‘do something’ to have fun at the beach that I missed out on the beauty of the seascape.  Besides, the California sun forces you to hide your eyes behind dark glasses and not see the natural colors. Perhaps, the morning light softened the contours and movement of the sea.  I pulled over to survey the craggy coastline with my eyes.  And the wildlife was amazing too. I noticed the seagulls pierced their beak into the shallow waters and emerged to paint the air with flashes of white and gray. “There’s plenty of wild-life here. This must be the place where the park ranger will take us on a guided walk,” I thought.

I returned to driving and saw a lighthouse few minutes later.  Again, I thought I was close to the guided walk meeting place. My curiosity led me to drive down to the lighthouse, get out of my car, and walk around.  I saw a small hotel and noticed that the lighthouse was fenced off. A smiling park ranger asked, “Can I help you?” I said, “Just wandering.  I'm actually heading to Ano Nuevo for the Elephant Seal Guided Walk, but could not help but admire the view of the lighthouse.”  He then said that the lens inside the lighthouse is being worked-on, so the lighthouse had been closed to the public. He told me to enjoy the view and pointed to where he said the lighthouse could be viewed best, and gave me the direction to the Ano Nuevo State Park entrance, which was five miles down the road.

What I learned from the many trips I have taken was to be steered by what attracts me. By checking out the lighthouse earlier, I learned that although it was closed to the public, the beauty of the lighthouse could also be admired from the grounds.  It complements the brilliant colors of the endless sea. So on my way back from Ano Nuevo, I returned to where the park ranger said the best vantage point for viewing the lighthouse. I drove slightly down the cliff, got out of my car, listened to the ocean, felt the breeze, pulled out my camera and took plenty of pictures of the beautiful view surrounding me. 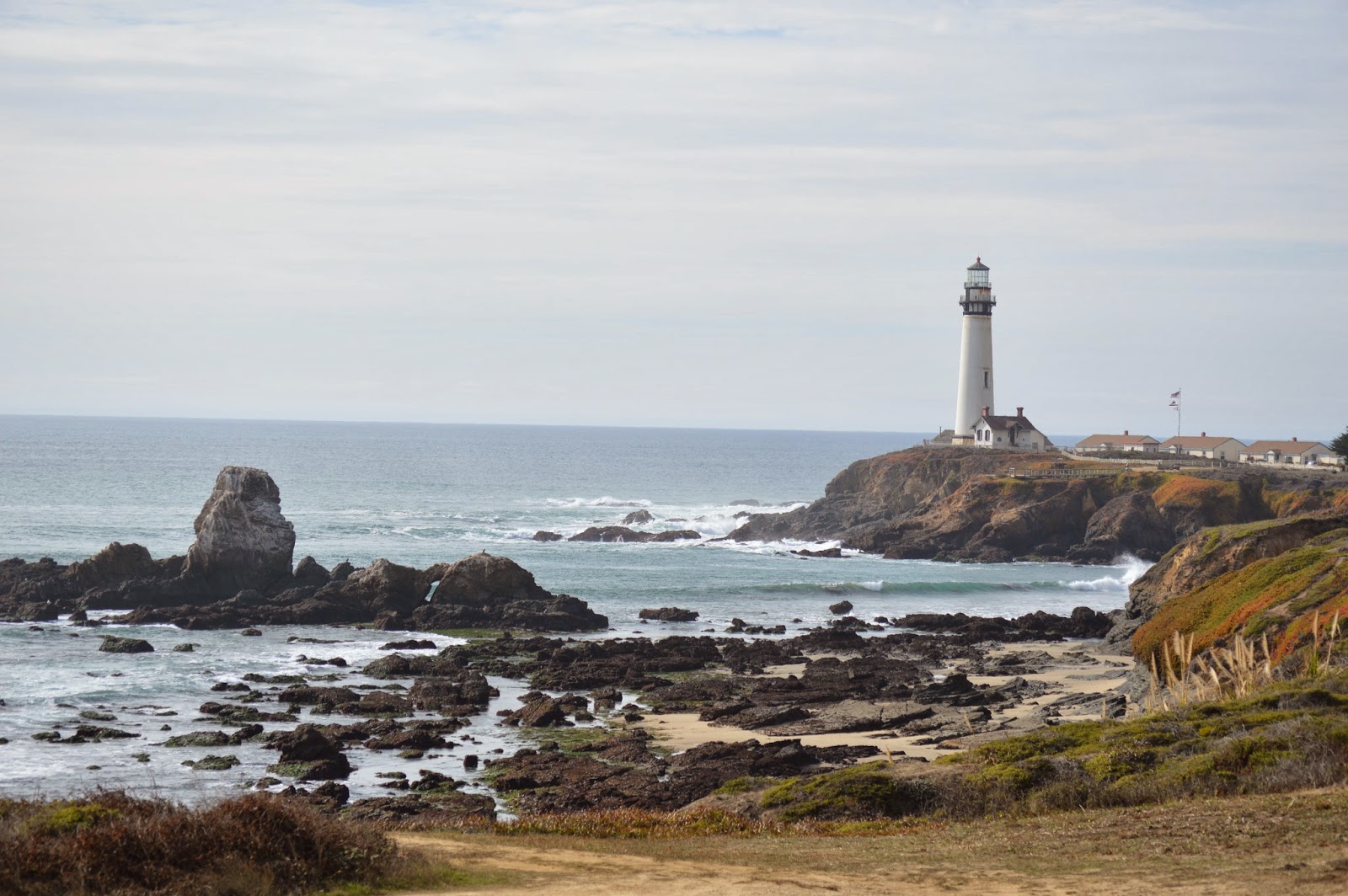 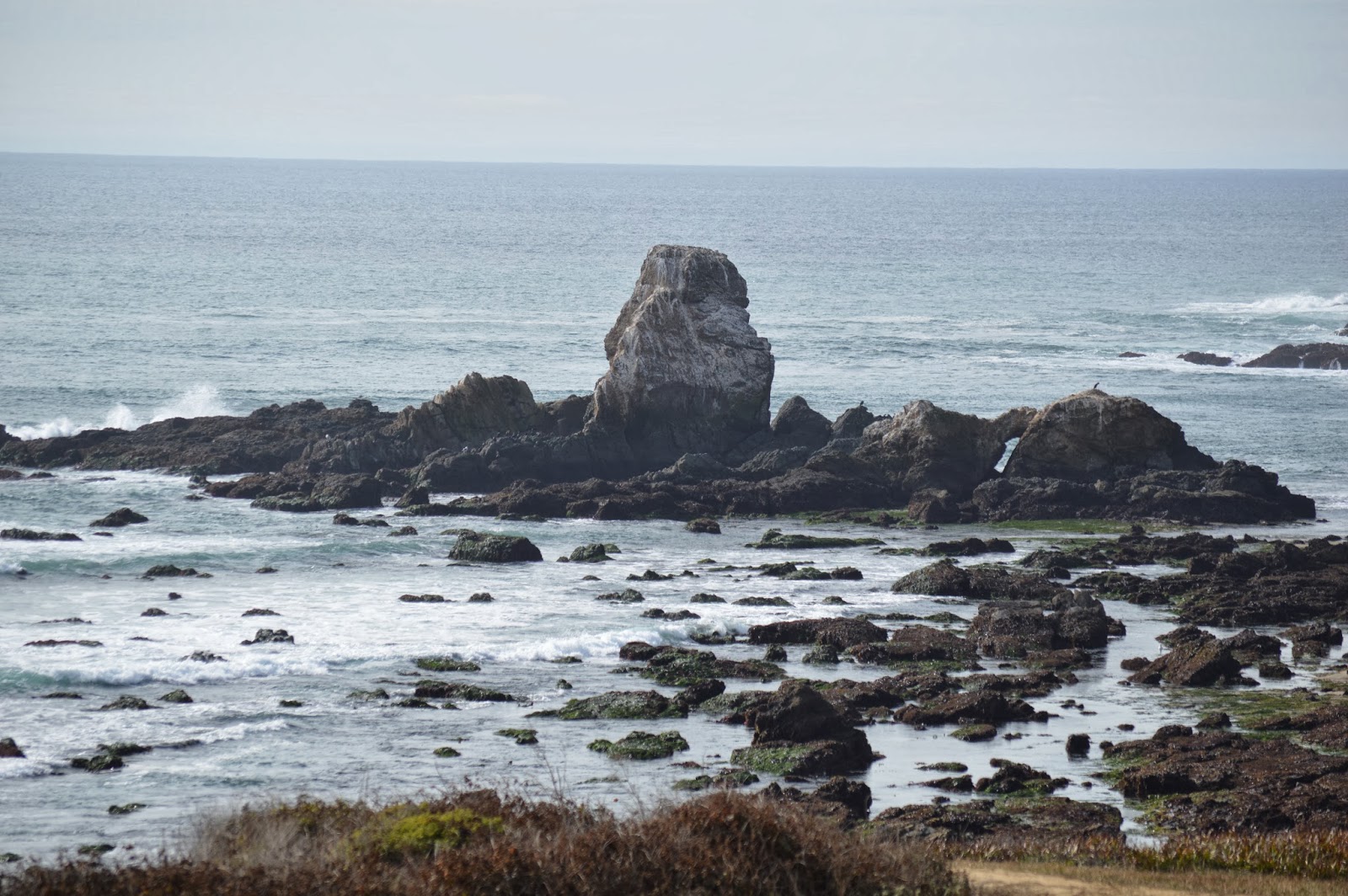 When I got home, I quickly looked-up the State of California Parks and Recreation website to learn more about the Pigeon Point Lighthouse. It was described as “one of the tallest lighthouses in America, has been guiding mariners since 1872. Its five-wick lard oil lamp, and first-order Fresnel lens, comprised of 1,008 prisms, was first lit at sunset, November 15, 1872. The lens stands 16 feet tall, 6 feet in diameter, and weighs 8,000 pounds. It sits in a lantern room that had been constructed at the Lighthouse Service's general depot in New York before being shipped around the Horn. Although the original Fresnel lens is no longer in use, the lighthouse is still an active U.S. Coast Guard aid to navigation using a 24 inch Aero Beacon.” For additional info, checkout the State of California Parks and Recreation website:  Pigeon Point Lighthouse