Our drive takes us along the stretch of the road sandwiched between the tranquil Lake Llanquihue set against the looming Osorno Volcano and miles of green valley dotted by farm animals, walled by spring flowers (yellow lupines), and bordered by the Andean Mountain, which rolls and soars in lush waves.  We are heading towards Vicente Pérez Rosales National Park for a walk around the Petrohué Falls.

Since leaving Puerto Varas, our guide keeps looking out the window from the motor coach to check if the cloud hanging over the tip of the Osorno Volcano has dissipated.  She wanted to show us the 'breathtaking view of the Osorno Volcano' advertised in the tour brochure, I guess.  But even screened by clouds, I see in astonishing detail the overwhelming beauty of nature that it excites my awareness. Mirrored in the clear waters of Lake Llanquihue, one of Chile’s largest lakes, are the reflections of the clouds and snow that cover the Osorno Volcano.  The volcano never leave our site. Its silhouette floats on the lake. This dramatic landscape provides a very picturesque setting throughout the long 90-minute ride to Petrohué Falls.

When we arrive at Vicente Pérez Rosales National Park entrance, the peak of the Osorno volcano is still hidden behind the clouds. But there is another smaller volcano showing its full splendor, its peak crowned by snow. The site of the volcano and the face of the mountains and the sound of the river rapids and the waterfalls interspersed like a scene from ‘Planet Earth’. The whole place is a microcosm of the planet itself. It made me understand why Pablo Neruda, one of my favorite poets, wrote in his memoirs, "He who does not know the Chilean forests, does not know the planet."

Like many of my tour mates, I take plenty of photos of the river rapids cascading over the hard volcanic rocks and the Petrohué Falls with the snow-capped volcano in the background. However, I could not help but focus my camera lens to the trees high up above the cliffs and the mountain/forest that’s not even mentioned in the tour brochure. There is something magical about the forest. For myself, I’m very happy to be standing here where the air and light are pure and to experience the same joy that Pablo Neruda perhaps experienced when he wrote:


‘Under the volcanoes, beside the snow-capped mountains, among the huge lakes, the fragrant, the silent, the tangled Chilean forest . . . My feet sink down into the dead leaves, a fragile twig crackles, the giant rauli trees rise in all their bristling height, a bird from the cold jungle passes over, flaps its wings, and stops in the sunless branches. And then, from its hideaway, it sings like an oboe . . . . . The wild scent of the laurel, the dark scent of the boldo herb, enter my nostrils and flood my whole being...” 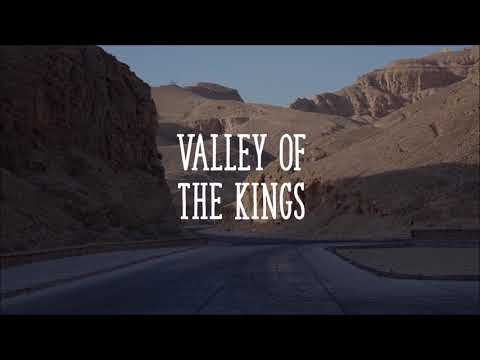 One of the more popular ways to travel in Egypt is to take a four-day or five-day cruise from Luxor to Aswan or Aswan to Luxor. We embarked in Luxor, where we were able to visit the Karnak Temple and Luxor temple, Valley of the Kings, Hatshepsut Temple, the Colossi of Memnon, and visit more temples along the way such as Edfu or Horus Temple, Kom Ombo until we reached Aswan. In Aswan, we visited the Philae Temple, the High Dam, and the Granite Quarries. I think it’s safe to say that most cruises have pretty much set itinerary because our boat was docked parallel to six other boats in the same port at one time. So, we had to walk through 6 different lobbies to get to our boat. Glad that I took the Luxor to Aswan route for it was in Luxor that I saw the brightest and the most beautiful sunrise. The sunrise was a great introduction to the story of Egypt and the sites I was about to see - from the East Bank to the West Bank of the Nile – a real journey into ancient Egypt. Ka
Read more