I heard so many warnings: “Be careful, there's so much crime in Rio de Janeiro.  People get robbed in broad daylight”. Another passenger said, “My dad was an army guy, but he won’t ride the cable car to the top of the Sugarloaf Mountain. It does not look safe”. The warnings gave me some trepidation, but as someone obsessed with the beach and the sea, I was not going to deny myself of the experience.

Ever since our family friend from Brazil, Daniel, introduced me to Brazilian music and brought pictures of Copacabana and Ipanema beaches to our Thanksgiving dinner many moons ago, Rio de Janeiro, Brazil has intrigued me and now I was about to experience it first-hand. It was early dawn when we arrived in Rio de Janeiro. Almost instantly, the startling beauty of the Rio de Janeiro skyline captivated me. The seascape induced a feeling of mystery,  I could not help but wax poetic. 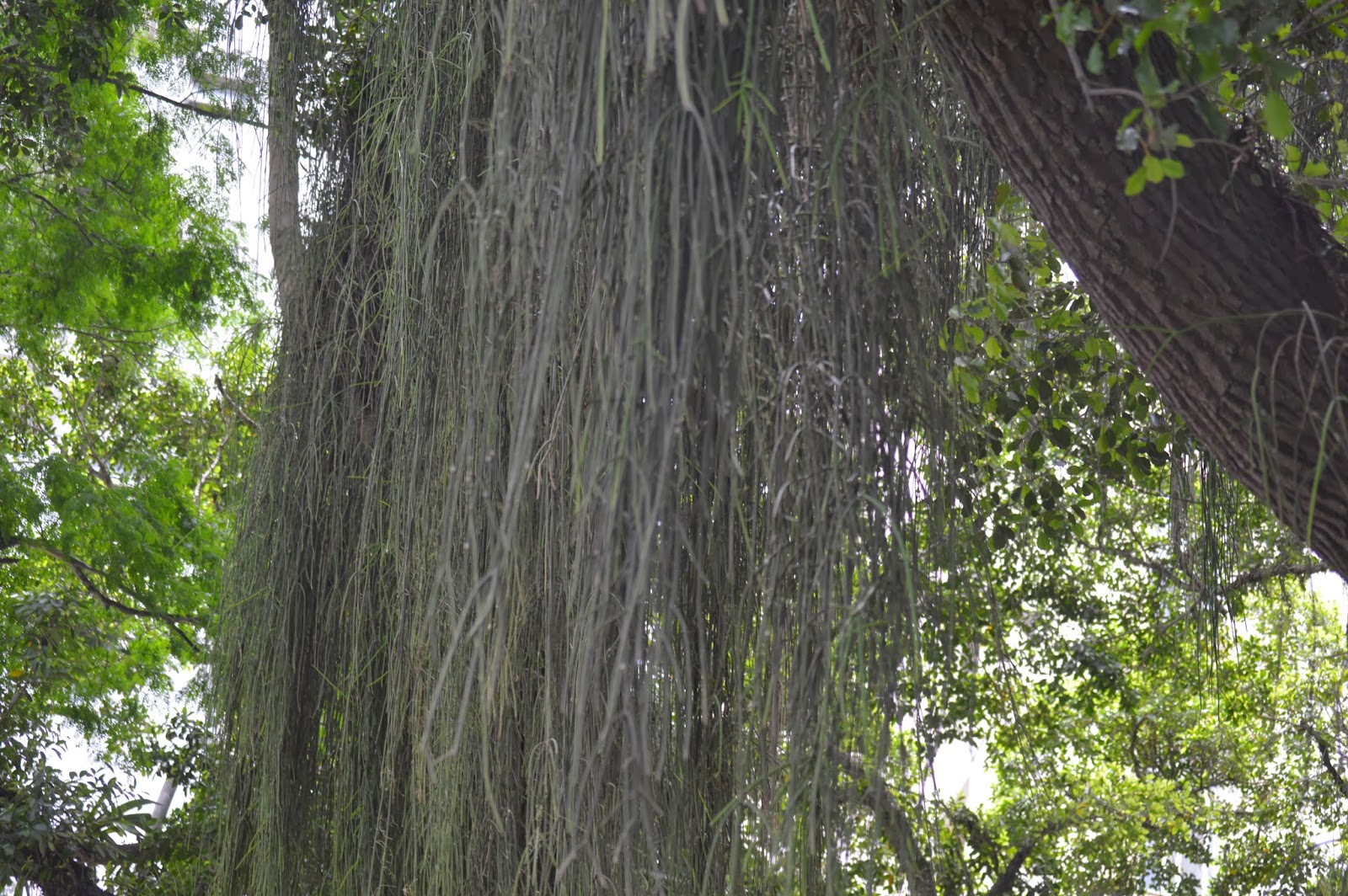 Later that day, we made our way to the Corcovado Mountain train station.  The beautiful orange and purple hanging blossoms and the ancient trees that divide the streets took my attention away from the graffiti and sad-looking buildings on the side of the streets. We took the train to Corcovado Mountains to see the ‘Christ the Redeemer’ - an almost 100 feet tall and arms stretching ninety-five feet wide – statue of Jesus Christ. The train crept up the very steep mountain, walled by a lush tropical rainforest. 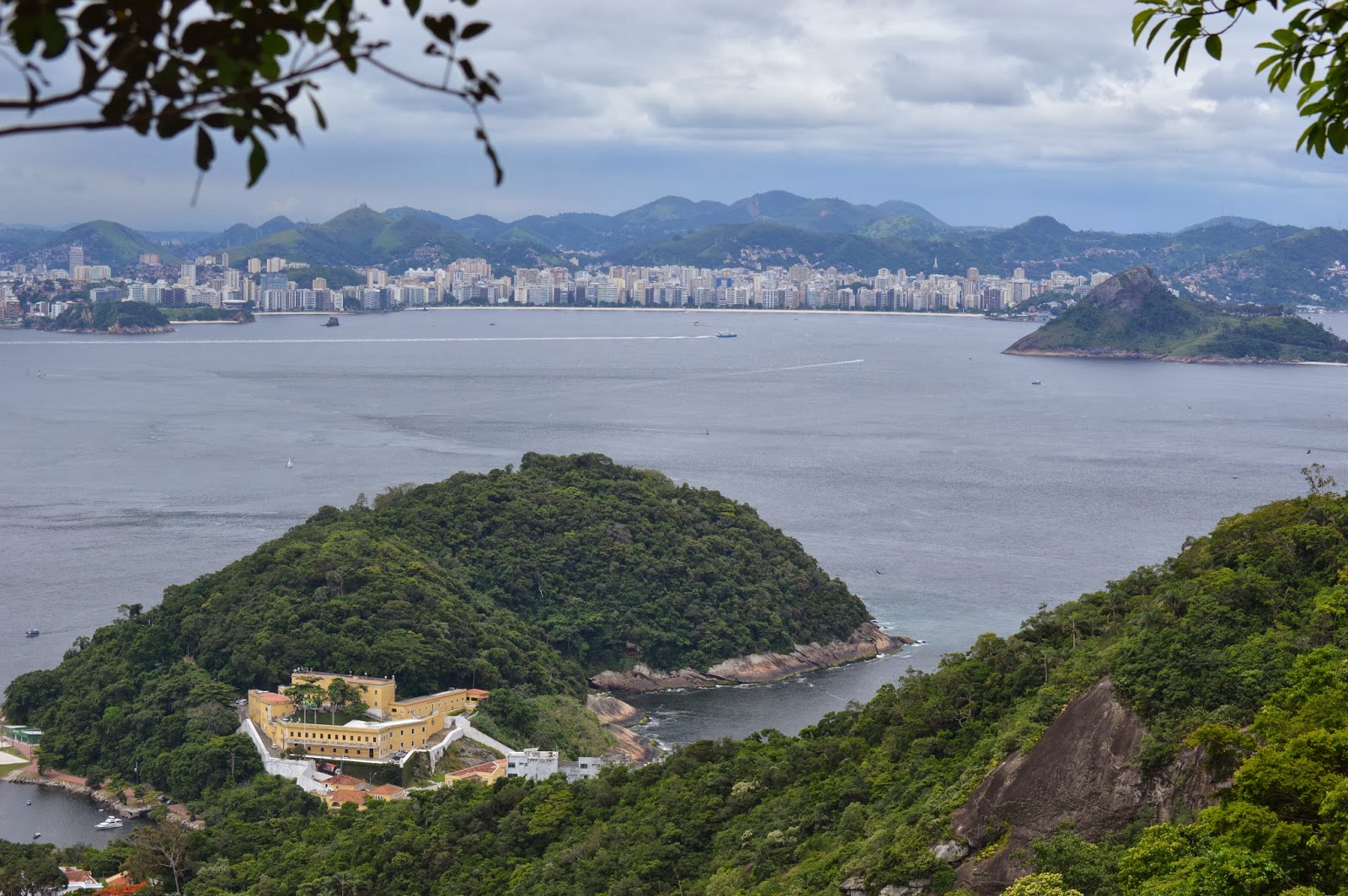 At the end of the line, the mountain turned into a concrete platform leading to the elevators, then an escalator to the massive statue. The statue was set like an overseer at the top of the mountain. The place was crowded with tourists posing in front of the statue with arms stretched to mimic the statue. I was just happy trying to soak in the 360-degree view of the city when our new found friends Manuel and Vid asked me to pose like the rest - Vid directing the foot traffic and Manuel lying on the ground while taking my picture to make sure he captured the whole statue. The clouds were disappearing and reappearing behind the massive structure and covering the view.  The passing clouds made the city appear to sway, but I did not get a feeling of vertigo. 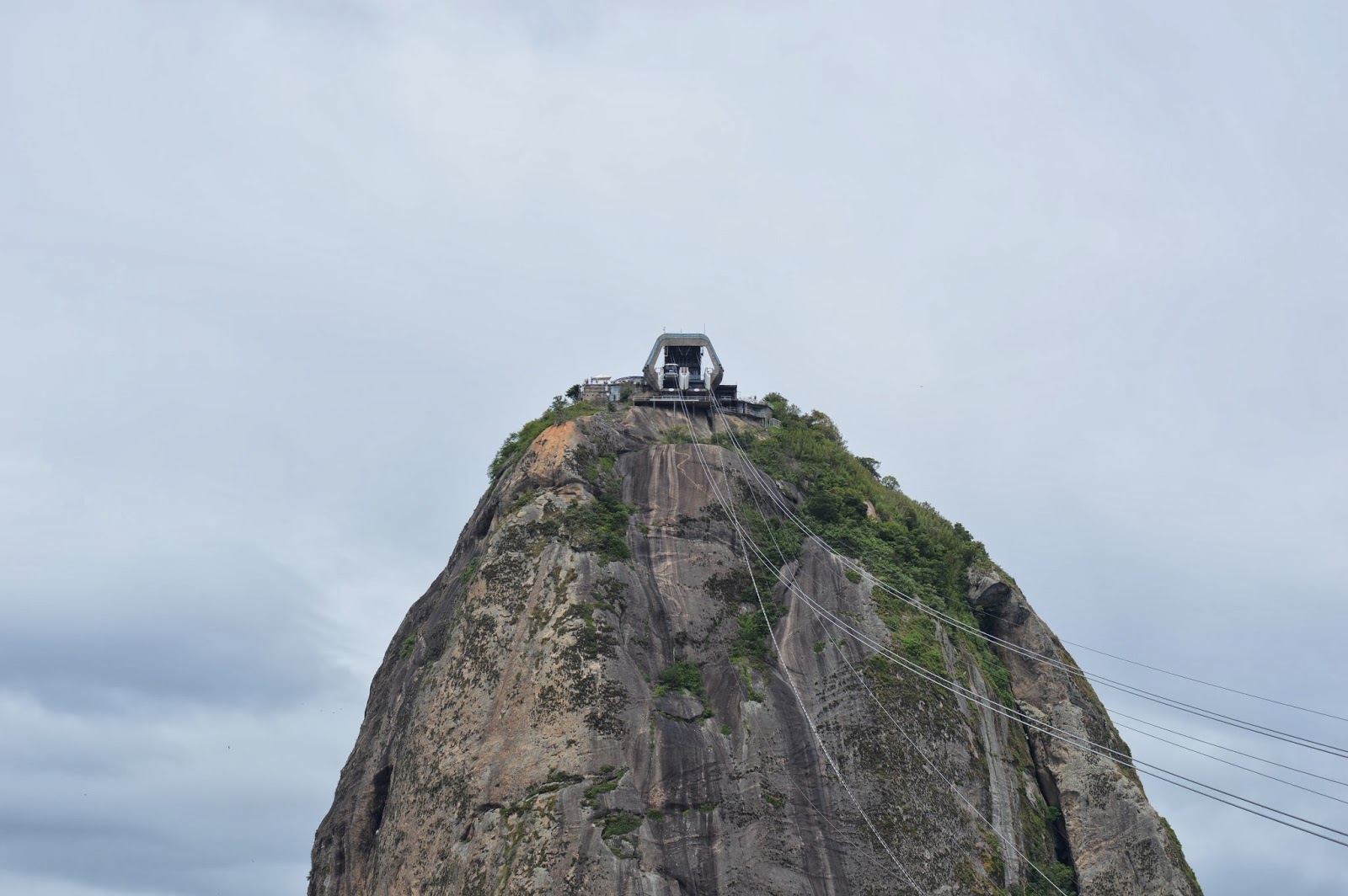 Scoping yet another height, the cable car took us to the Sugarloaf Mountains, which seemed like a two-tiered mountain. By stopping at the first mountain peak, we got to enjoy another 360-view of the city. It was enough just to stand and breathe the air, but we had to continue on the next mountain peak, black vultures hung on the cable wires, pirouetting in a ballet of tight circles, disappearing as the cable car approached, and reappearing from behind the rocky mountain. We arrived into a tree-covered mountain peak and 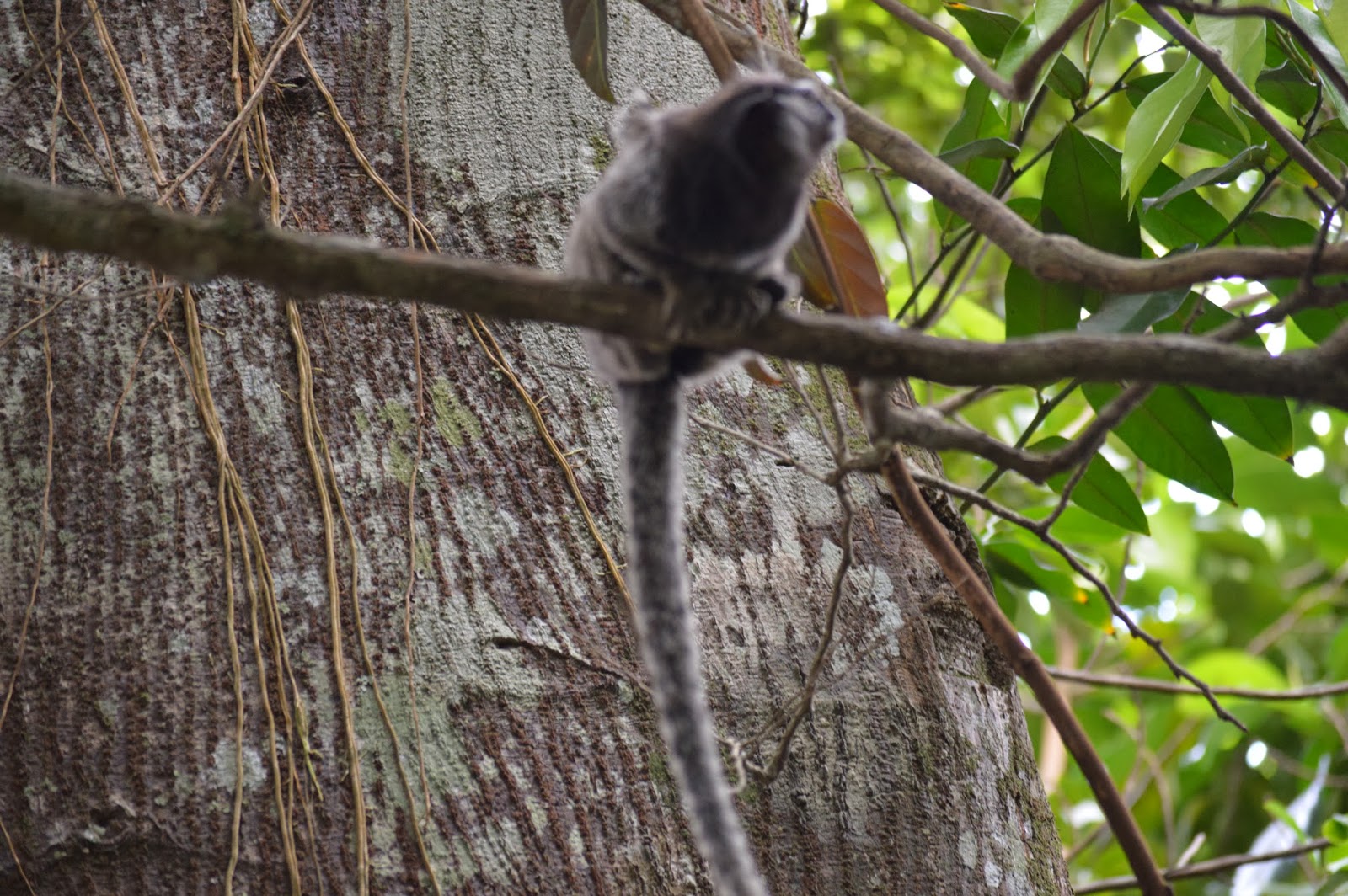 I was drunk from the magnitude of the scenery.  My eyes were feasting on the amazing views in front of me that I forgot about the delicious hearty-all-kinds-of-meats meat barbecue we ate before heading to the Sugarloaf Mountains. By the way, the food in Brazil is worthy of another post.

As the day was gently erased by night, the moon edge slowly along the high ridges of the Corcovado and Sugarloaf mountains before rising into a full moon. As it settled into the awaiting sky, I gazed deeply into the moonlight to tell it that Rio de Janeiro was an astonishing city, graced by mother nature. It not only surpassed my expectations, but also trashed them. And when traveling through a place as beautiful as Rio, it tends to make me feel like singing at the top of my lungs and dancing like a shameless dervish. Ah, the Carnival is for that! Another time! 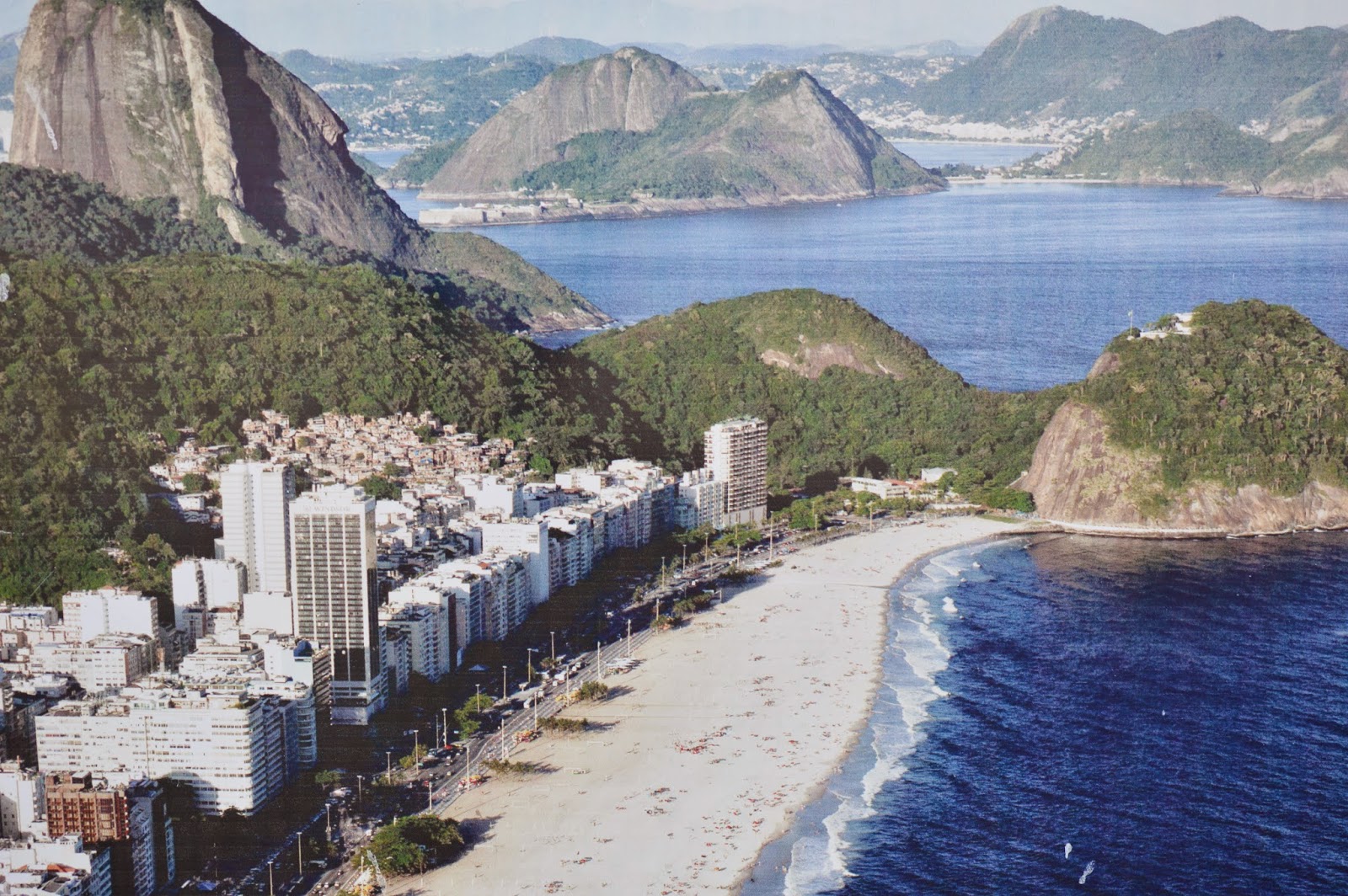 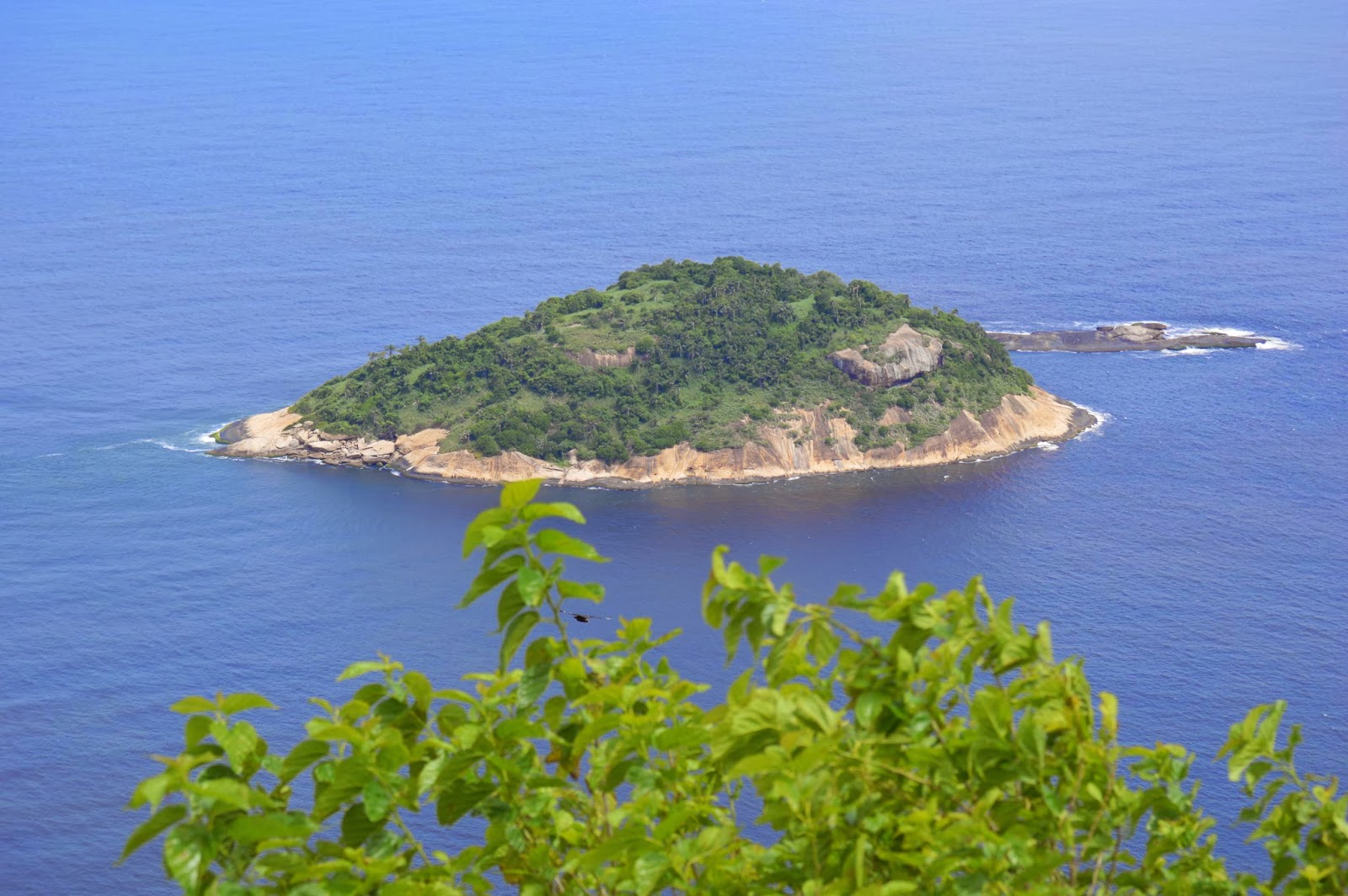