Let the waters bring forth abundantly the moving creature that hath life, and fowl that may fly above the earth in the open firmament of heaven.” – The Book of Moses in Genesis

Day 5 - The Mighty River
I embarked on this trip with no expectations of what ‘the Amazon’ would be like. Well, I did know that the Amazon was the largest river in the world if not the longest and the river flow from the Peruvian Andes to Brazil and to the Atlantic Ocean. It was not until hopping into that small boat for our first excursion and hearing Mark from San Diego say that he was living his life-long dream to cruise the Amazon River that gave me a heightened sense of expectation.

The Amazon River proved to be quite literally mighty. As our small expedition boat slipped along the confluence of the Ucayali and the Maranon Rivers – the head of the Amazon River, a magnificent double rainbow greeted us. The sky above changed its color from dark gray to light blue to azure blue with vagabond white clouds, then back to dark gray in a span of a few seconds or a leap. The changing color of the sky seemed to unify the sky, earth and water, the scenery was glorious. As if, it was in Genesis.

The rainbow did not leave our sight. It was replaced only by the sun setting on the mighty river with the dark rainforest in the background and the orange hues reflected on the expansive water. My phone camera was not able to capture the full double rainbow arch, but it was etched in my memories, nonetheless.

Seeing the exuberant wildlife in the Amazon made me wish I had invested in a nice camera. I wished I was able to capture in detail and living-color the full double rainbow arch, the luminescent blue macaws, the rare species like the cream-collared woodpecker, the pre-historic look of the hoatzin bird, the spider monkeys or tamarin monkeys as they leaped from tree to tree, and the elusive movement of the pink river dolphins like those found in the pages of the National Geographic magazine. I was actually jealous of those with a big camera at first, but after two days of hearing our naturalist-guide’s mantra, “This is not the National Geographic, this is the discovery channel,” I began to understand what he meant. I came to realize that I was actually living those photos in the pages of the National Geographic magazine and the documentaries in its channel. And those magical moments captured in the memory card of my brains are the life moments that I will revisit during my quiet days, and in my old age. I then got to terms with just using the camera from my IPhone4s.

#1 Double Rainbow
The double rainbow seems to go with the vastness of the Amazon River that it's hard to capture the full double rainbow arch. However, personally witnessing its magic made me perceive things in a delightful way and more childlike. It was so magical and mystical. And everything that is mystical or magical brings joy, and joy brings peace. 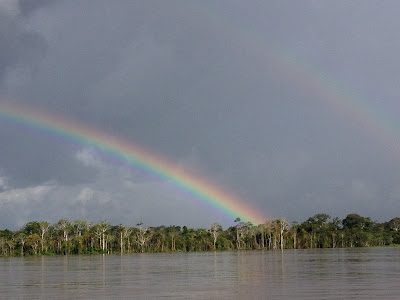 #2 The Giant Water Lily Pads (Victoria Amazonica)
The plant itself is 100% hydrophonic (relating to aquacultural method). The main trunk of the plant is like a bulb. The plant blooms – a flower the same size of a cabbage that lasts 72 hours only, according to our naturalist-guide. What I learned from the giant water lily pads was a lesson in survival: For example, the flowers assured their reproduction by trapping the bugs all night and not release them until they get all the pollens they need to reproduce. Witnessing the ecosystem at work affirms my belief in the ‘Supreme Being’ who, I believe, is responsible for conducting this symphony of intelligence. 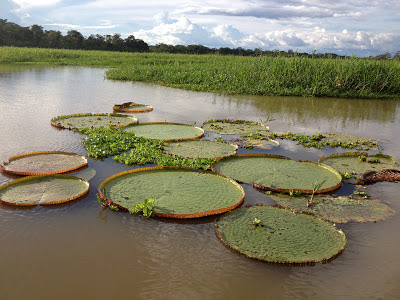 #3 Dark Sky Transitioning
The sky above the Amazon River seems to transition in a matter of seconds, as if to link the sky to the rainforest (earth) and water. This glorious image made me appreciate the notions of infinity and eternity. 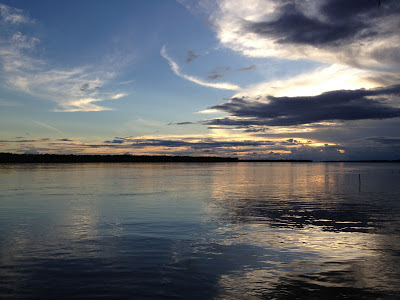 #4 Fading Light
In the sun’s fading light and over the dark mirror of water, I found myself acutely aware of the life giving force that is the difference between this world and the afterlife. This confirms my belief on ‘being here now’ and putting emphasis on the present. To travel the world is my life-long dream and to live that dream is to live life. If I died tomorrow, at least I died living. 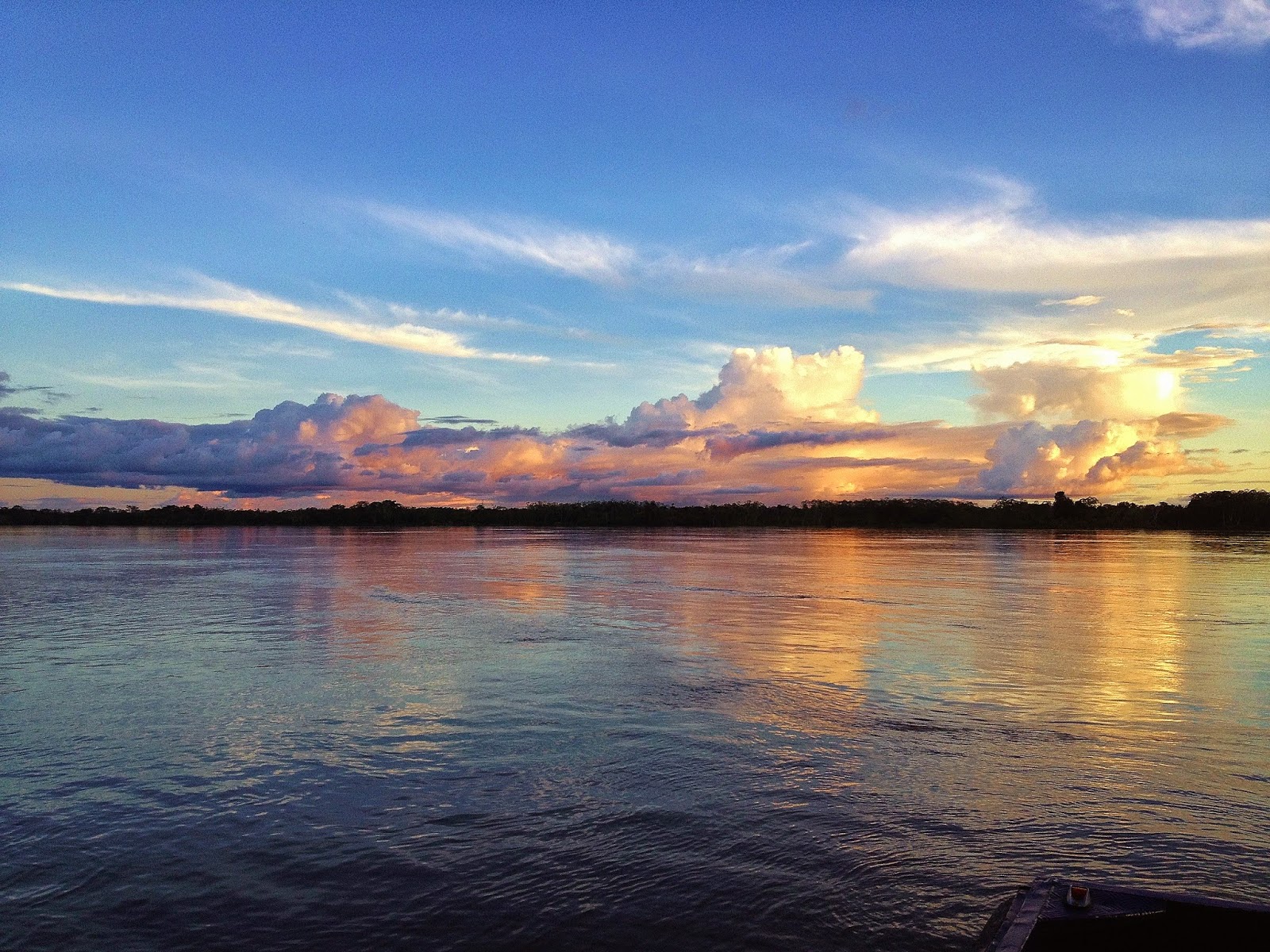 NOTE:  All photos by the author
Peru The Amazon River