I was in Galicia, Spain doing the Camino De Santiago walk when my cousin's family from Lugo, Spain came to visit me at my rural hotel and offered to take me out. I have not met them in person before, but through Facebook, we got to know each other well. They knew I love the ocean, the beach and that I wanted to visit San San Sebastian and the Basque region of Spain. Upon learning that I cancelled my plans on going to San Sebastian after the walk, my cousin's husband, Ruben, decided to take me to A Coruña - 1 1/2 hour drive from my rural hotel. I never heard of A Coruna before I arrived in Galicia, a charming city of around a quarter million inhabitants on Spain's Northwestern coast. So on our way to a Coruna, Ruben - a well-traveled marine engineer, told me that it's one of his favorite cities in Spain, 2nd only to San Sebastian and Barcelona. (Later, I found the common thread between his favorite cities). 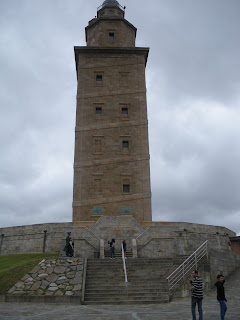 Just having finished a segment of my Camino De Santiago walk, I wasn't really in the mood for sightseeing by the time I got to A Coruna.  But it was hard to pass up the opportunity of having Ruben, a native Galician as tour guide. Our first stop was ‘Torre de Hercules’, the oldest lighthouse in the world that is still used today. (http://whc.unesco.org/en/list/1312) . We climbed more than a thousand steps to get to the foot of the tower. As we posed for pictures, our hair was blown by what seemed to be a gigantic hair dryer. It was the Atlantic breeze. According to Ruben, it's the ever-present Atlantic breeze that kept the temperature cooler than the rest of the country. The ocean views gave me renewed energy. Gazing out towards the ocean felt like leaning out over the edge of the world. Of course on the opposite side was an expansive view of the city, including the medieval fortress, now a museum, housing a collection of military and archaeological history from the area.

Our visit coincided with the IAAF (International Athletic Federation) Race, so that the main avenue was closed to traffic The slow traffic gave Ruben a chance to explain the notable sites and landmarks as he drove past the historical areas. Then we reached the beach area. Considering the time of day, the long curve of the beach was deserted, but it looked postcard perfect. I realized what Ruben said in the car. With a contented smile, I thought, “Now this is what I imagined San Sebastian to be like!” 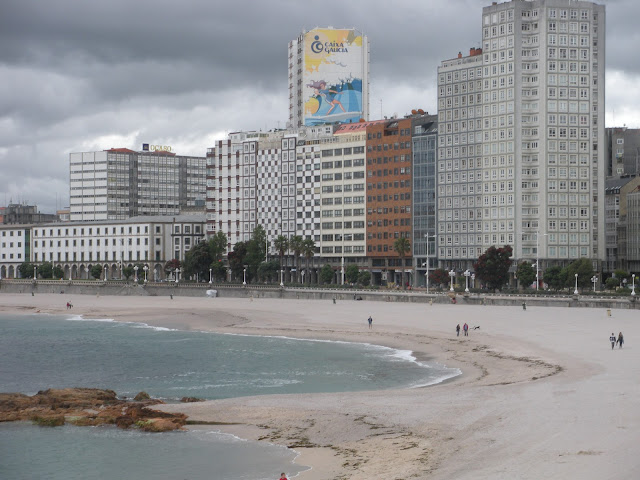 After sightseeing, we meandered around town to find a crowded street. The IAAF walk was winding down and the crowd seemed to be heading in the same direction or perhaps it was me, walking the streets that seemed to have no discernible order. 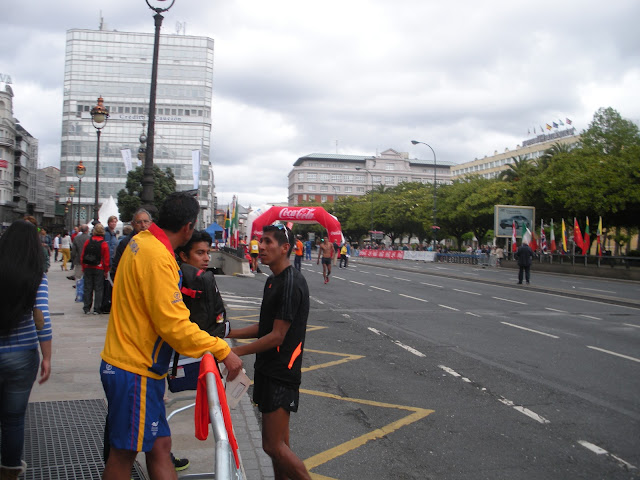 Then we reached a narrow cobbled street lined by shops and restaurant. We walked the stretch of cobbled street that led to a main plaza, the "Maria Pita" square where we found artists and musicians. The square was surrounded by interesting building architectures. The most notable one was the palatial looking building, the municipal palace. Interestingly, according to Ruben, this palatial building houses the local government council offices. It was past 9pm when we returned to the cobbled street and joined a steady crowd of families strolling together, heading towards dinner. In my calculation it was really late, but the restaurant seemed to just start to open. For dinner I had fresh green salad, seafood and Sangria. It's funny how 3 days earlier, I was walking the rural areas of Galicia, amid farmland, wondering where the famous pulpo (octopus) I had for lunch came from. Funny how my understanding of Galicia's geography started through food. 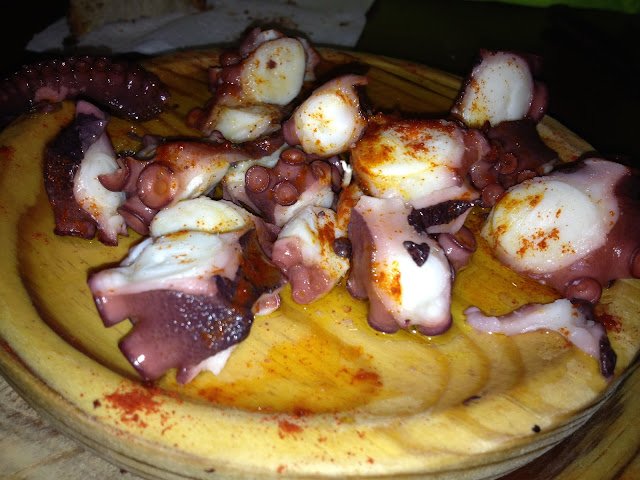